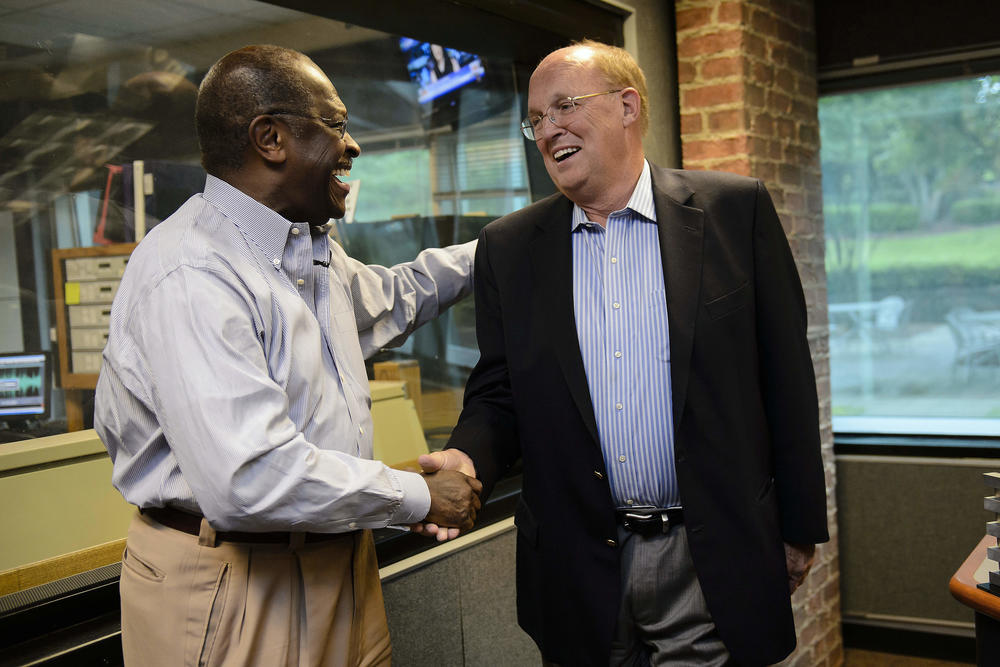 Atlanta radio host and former Republican presidential candidate Herman Cain is fighting COVID-19 in a local hospital, according to a statement on his Twitter account.

We are sorry to announce that Herman Cain has tested positive for COVID-19, and is currently receiving treatment in an Atlanta-area hospital.

Please keep him, and all who are battling this virus, in your prayers.

Cain, 74, attended President Donald Trump's June 20 rally in Tulsa, Oklahoma, and posted a picture of himself in the crowd without a face mask. He called the atmosphere "electric" and blasted the news media for focusing on the smaller-than-expected crowd size.

"The president's words were inspiring," Cain wrote in an opinion piece. "The crowd loved it, and it's a great plan. It's far better than the incoherent nonsense Joe Biden offers."

Cain tested positive June 29 and was hospitalized July 1, the same day he sent a tweet admonishing masks and social distancing.

On Cain's website, Dan Calabrese wrote that it was unclear where Cain contracted the virus. He noted that after the Tusla rally, Cain "did a lot of traveling the past week, including to Arizona where cases are spiking."

Cain, the former CEO of Godfather's Pizza, rose to national prominence in 2012 as a Republican presidential front-runner. He was also a Trump favorite last year for a seat on the Federal Reserve Board of Governors. But the president said Cain asked to be removed from consideration.

My friend Herman Cain, a truly wonderful man, has asked me not to nominate him for a seat on the Federal Reserve Board. I will respect his wishes. Herman is a great American who truly loves our Country!— Donald J. Trump (@realDonaldTrump) April 22, 2019