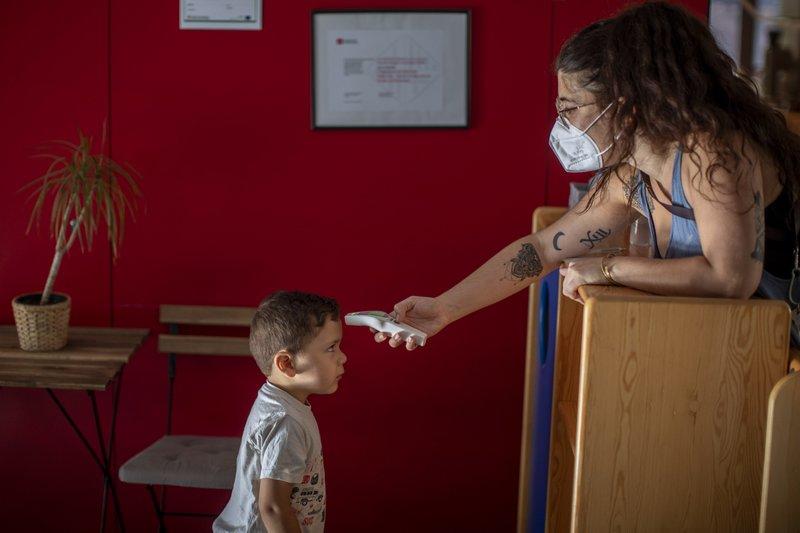 Caption
Hugo, 3, has his temperature taken by a teacher as he arrives at Cobi kindergarten in Barcelona, Spain, Friday, June 26, 2020.

Data analysis from the newspaper showed 17 people in the last two weeks had died of coronavirus in LaGrange, a town of about 30,000 people in Troup County located about 70 miles southwest of Atlanta.

The paper said that number of deaths amounted to a rate of 0.24 deaths per 1,000. The only places with a higher rate relative to population were Show Low, Arizona, and Gallup, New Mexico, according to the Times.

Since June 7, Troup County has been averaging about 44 new cases of COVID-19 per day, according to data from the state health department.

Despite local hot spots such as LaGrange and Gwinnett County, Gov. Brian Kemp said Friday he is not imposing any new coronavirus restrictions. Savannah Mayor Van Johnson recently began requiring residents wear masks, but Kemp said such a move statewide is "a bridge too far."

“I’m certainly not imposing new restrictions right now. I think what we have on the books has done very well for us,” said Kemp at a media briefing outside a testing facility in Gwinnett County, which has seen a recent spike in cases of the disease.

With cases beginning to rise around the southeast, Texas Gov. Greg Abbott ordered all bars closed, while Florida banned alcohol consumption at all such establishments, the Associated Press reported. The two states joined the small but growing list of those that are either backtracking or putting any further reopenings of their economies on hold because of a comeback by the virus.

While Georgia cases are starting to rise compared to neighboring states, the Department of Public Health data presented by The Atlanta Journal-Constitution shows cases began spiking in mid-June.

Vice President Mike Pence addressed reporters at the Department of Health and Human Services, not the White House, as it has done in previous briefings.

He said the nation is in a better place than it was two months ago, and that President Donald Trump should be credited with building a strong foundation for the fight against this virus going forward.

Nearly 125,000 Americans have died from coronavirus and nearly 2.5 million people in the United States have tested positive for COVID-19.

“We slowed the spread; we flattened the curve” Pence said. “We also cared for the most vulnerable.”

Pence asked younger Americans across the Sun Belt not to bring the coronavirus into places where the most vulnerable and immunocompromised are. Recent trends have shown younger Americans have been testing positive at higher rates than others, raising concern they could become super spreaders of the disease.

"We encourage every American to follow the guidelines for all the phases, including washing hands and social distancing," Pence said.

He did not specifically ask people to wear masks or stay home. Pence encouraged everyone to pray. 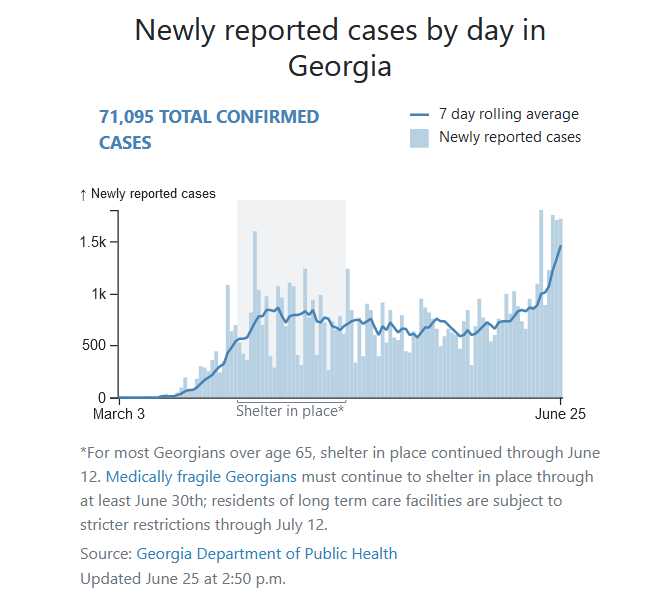