The House Governmental Affairs Committee approved a bill Wednesday that would prevent state and county elections officials from sending vote-by-mail applications to Georgians, after a similar effort by the state led to more than 1.1 million absentee ballots in the June 9 primary.

The substitute to Senate Bill 463 would outlaw “unsolicited absentee ballot applications to electors,” like the 6.9 million applications sent out by Republican Secretary of State Brad Raffensperger earlier this year.

Here's a look at the text of the new SB 463 bill/amendments, including language that would bar counties/the state from mass-mailing absentee ballot applications. pic.twitter.com/Zf1amuQTMC— stephen fowler // voting+georgia politics (@stphnfwlr) June 24, 2020

Georgia’s no-excuse absentee ballot process has been a relatively unfamiliar and little-used voting method for many Georgians, but the coronavirus pandemic – coupled with a pre-filled application that arrived at voters’ doors – led to a surge in mailed ballots for the primary.

An amendment to the bill also authorizes the state to create an online portal to simplify absentee ballot registration by July of 2021, but Raffensperger said his office plans to have the website up ahead of November’s election.

“This is not, in any way, an attempt to remove the ability to request or vote in this particular manner, it’s just a capacity issue,” Chairman Shaw Blackmon (R-Bonaire) said.

At this time, the Secretary of State’s office does not plan to mail out applications to voters for the August runoff or November general election.

More than half a million voters who are over 65, are in the military or overseas or have a disability will automatically receive absentee ballots for the rest of this election cycle.

But Democrats, including Rep. Renitta Shannon (D-Decatur), said that the House Republicans’ push to preemptively prevent mass-mailing of applications would be making it harder on voters and elections officials alike.

“This ties the hands of local governments, if they want to do that, to help in their elections – and all we’ve heard for the last two days has been: 'The county needs to get it together,'” she said. “And this is something that the counties want to do in order to assist.”

Third-party groups, political parties and others can still send applications to voters but, if the bill passes, then the onus would be on the voter to return a completed application or use the online portal.

When asked by another representative if allowing some counties to mail applications while others did not would create disparities between voting, Shannon said that was already the case.

Blackmon said the language of the bill does not prevent someone from requesting an absentee ballot, voting during Georgia’s three-week early voting period or on Election Day.

“We’re not going to flood this with added mailings or unsolicited absentee ballots so that we actually create some additional problems for counties,” he said.

County elections officials were overwhelmed by the number of absentee applications and ballots returned for the June 9 primary, while also dealing with a shortage of poll workers and fewer places to vote.

In parts of metro Atlanta, voters waited upwards of six hours to cast their ballots as inexperienced poll workers handled new voting machines and social distancing measures limited the number of people who could vote at once.

One part of the substitute bill would allow poll workers to be from anywhere in Georgia and not limit volunteers to the counties where they reside. But many other proposals aimed at reforming the electoral process pre-pandemic were scrapped.

As originally written, the bill was designed to tackle long lines at larger metro-area polling places by requiring local officials to add more voting equipment, hire more staff, or subdivide large precincts if lines stretched for more than an hour.

Another provision would have given counties flexibility in assigning the number of voting machines assigned to each precinct in non-November elections. Current state law requires one ballot-marking device for every 250 electors.

In the current bill, the committee approved an amendment that would allow more older Georgians to move to the front of the line during the hours of 9:30 a.m. and 4:30 p.m. by lowering the age threshold from 75 years old to 70.

The Secretary of State’s office has already unveiled a four-point plan to help counties improve the elections process by November, including more tech support, better and more frequent training for poll workers and a push for more early and absentee voting.

Raffensperger issued a scathing statement Wednesday decrying "the continued weaponization of election administration" by members of both parties.

By a wide margin, voters on both sides of the political spectrum agree that sending absentee applications to all active voters was the safest and best thing our office could do to protect our voters at the peak of COVID-19. Some seem to be saying that our office should have ignored the wave of absentee voting that was clearly coming. But instead of “doing nothing,” I chose to send a clear, uniform application utilizing barcode technology to assist counties in processing. We also procured a mail vendor to package and mail ballots, taking on what would have been a crushing blow and expense to counties.

Liberals continue to attack our office for long lines and poorly trained poll workers- issues that overwhelmingly occurred in one county that has a long history of poor election administration. Yet, those same liberals are condemning those lines are unanimously opposed to the very legislation to add additional polling locations— legislation we proposed in February.

Now, those liberals are trying to exploit COVID-19 for their own political purposes, when their ultimate end game for elections remains what it always has been— elections with no voter ID, no citizenship check, and unlimited ballot harvesting.

Election administration shouldn’t be driven by politics. It should be driven by process and dedicated election professionals that truly care for fair and orderly elections."

The bill could head to the House floor before Friday, the final day of the legislative session. 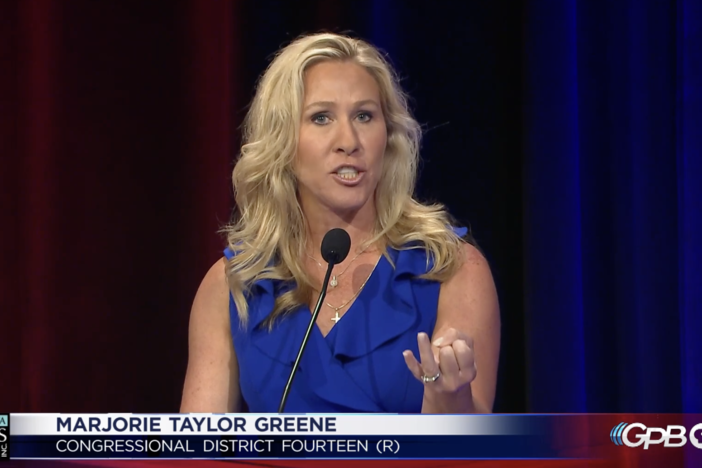