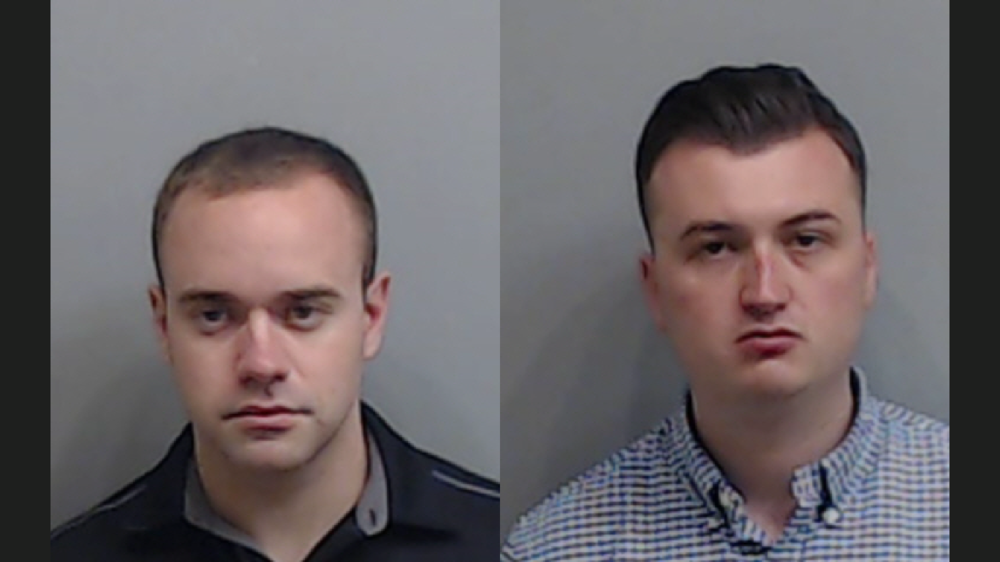 Caption
Former Atlanta Police Officer Garrett Rolfe and current Officer Devin Brosnan turned themselves in Thursday after arrest warrants were issued for their roles in the death of Rayshard Brooks.

Both the current and former Atlanta Police Department officers charged in connection with the fatal shooting of 27-year-old Rayshard Brooks turned themselves into the Fulton County Jail Thursday, records show.

Devin Brosnan bonded out after about an hour. Garrett Rolfe remains in custody.

Wednesday afternoon, Fulton County District Attorney Paul Howard issued arrest warrants for Brosnan, who was assigned to desk duty, and Rolfe, who was terminated shortly after the shooting.

Rolfe faces 11 charges, including felony murder, for shooting Brooks in the back during an altercation at an Atlanta Wendy's Friday night. Brosnan is charged with two counts of violation of oath by a public officer and one count of aggravated assault.

Howard claimed that Brosnan would serve as a cooperating witness against Rolfe, an assertion Brosnan's lawyers disputed.

Meanwhile, APD attempted to quell reports of a massive call-out of officers by asserting on Twitter that there are no staffing issues.