Atlanta Mayor Keisha Lance Bottoms speaks out against destructive protests in the city of Atlanta Friday, May 29, 2020.

Hours after a peaceful protest against police brutality filtered through downtown Atlanta and hours before the National Guard was deployed to curb a splinter group’s looting and vandalizing, Mayor Keisha Lance Bottoms had one message: Go home.

“This is not a protest, this is not in the spirit of Martin Luther King Jr.,” she said, emotion filling her voice. “This is chaos. A protest has a purpose.”

As night fell on the city of Atlanta Friday, a smaller group of demonstrators remained in the area near CNN Center and agitation filled the air.

At least one police car was burning, a giant red sign was defaced outside the CNN Center and the city’s mayor orchestrated an impassioned press conference to show the world that these actions were not how Atlanta should be remembered.

“Let me just speak to what’s happening here today … above everything else, I am a mother to four black children in America, one of whom is 18 years old,” she said. “And when I saw the murder of George Floyd, I hurt like a mother would hurt."

Flanked by Atlanta Police Chief Erika Shields, who is white, the mayor condemned the actions of those who smashed storefronts and reportedly hurled knives, eggs and other objects at police corralling crowds near Centennial Olympic Park.

A tearful Render, who goes by Killer Mike and is the son of an Atlanta police officer, said he did not want to be there but was “duty bound” to deliver an urgent call to stop destroying Atlanta.

During his 8-minute speech, Killer Mike highlighted Atlanta’s black women-owned businesses and restaurants, called for systemic racism to be “burned to the ground” and said to CNN specifically that, “karma is a mother” calling out the network for stoking "fear and anger every day."

The demonstration in Atlanta was one of a number of nationwide marches against police brutality in the death of George Floyd, a Minneapolis man that died after now-fired police officer Derek Chauvin held his knee on Floyd’s neck for nearly nine minutes.

Zoe Bambara, one of the organizers of the original peaceful march, told GPB News she was inspired to host the event by her grandmother, an activist in the ‘70s.

“We all know this isn’t right,” she said. “We're all angry, but we want to do this peacefully because we don't want anyone else getting hurt.”

After Killer Mike, Bernice King implored those defacing Atlanta to remember her father, Martin Luther King Jr., and to not use his legacy for violent purposes.

“A lot of people have been using my father’s words, sometimes I get a little upset when people do that and co-opt those words and take them out of context,” she said. “He said to us ‘Riots are the language of the unheard,’ and the part we often miss is the part about the ‘unheard.’”

King said that change never comes through violence and decried those who would try to stoke racial conflict and discord in the country.

“Let’s not go back to business as usual,” she said. “Let’s deal with these issues, that people are crying out of their soul and the spirit, the conditions that have led to this kind of action.”

Saturday morning, crews were seen across Atlanta from Buckhead to Centennial Park cleaning up debris, broken glass and other damage. 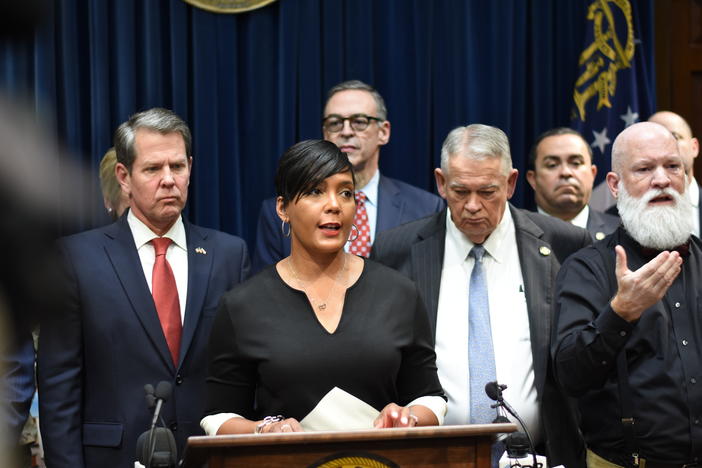 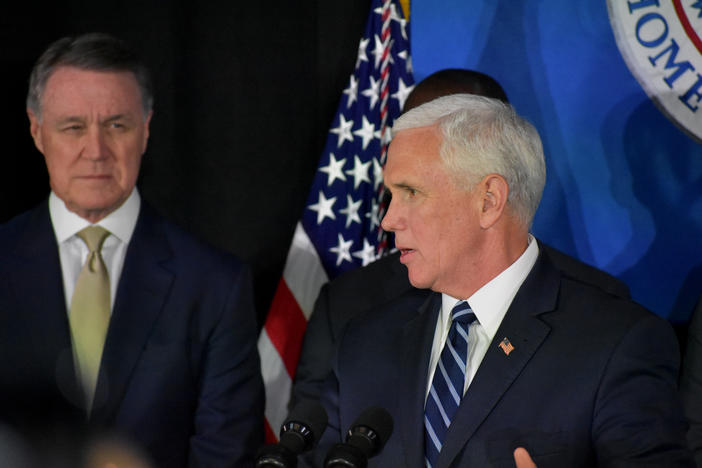 Vice President Mike Pence had strong words for Atlanta Mayor Keisha Lance Bottoms during a stop in Atlanta Thursday. Speaking to a crowd of Immigration...