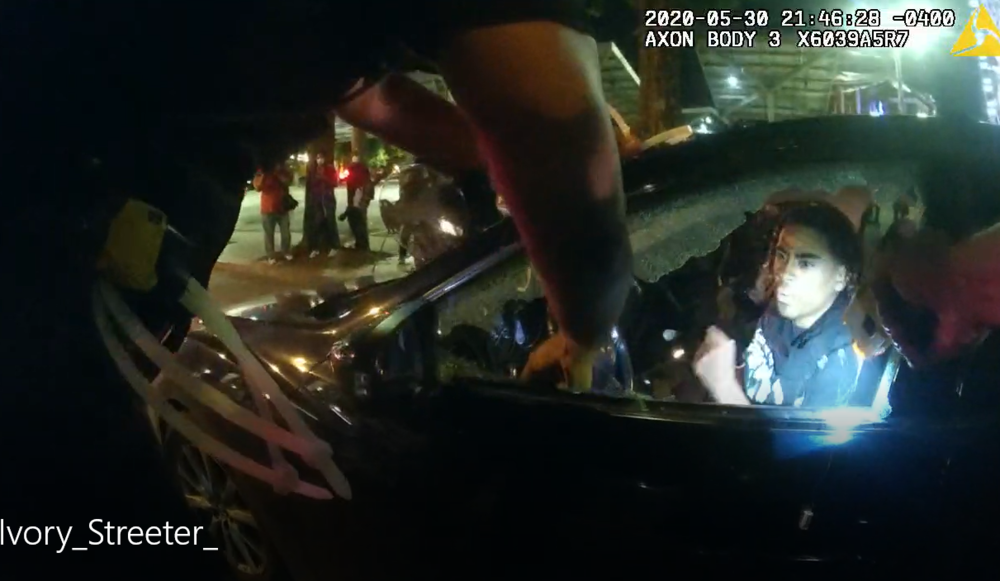 Atlanta police on Sunday released body camera footage from officers who have since been fired for the violent arrest of two college students Saturday night.

Veteran officers Mark Gardner and Ivory Streeter were fired after video showing their use of excessive force against Messiah Young and Taniyah Pilgrim went viral after being broadcast live on television. The couple were in a car leaving the downtown area after the 9 p.m. curfew went into effect.

Body camera footage from Streeter obtained by GPB News shows Young being pulled from a Mazda and stunned by police with a Taser.

About 2:30 into the video, Young is seen driving the Mazda and pulling closer to the sidewalk to film with his cellphone the arrest of someone on the sidewalk. This appears to agitate the officers, who then confront Young and ask whether he wants to go to jail.

About 3:30 into the body camera video, Young is seen driving away from officers who say he can't go anywhere and shortly thereafter run toward the car that is stuck in traffic.

By 4 minutes and 20 seconds into the footage, an officer breaks the driver's side window of the car and Streeter immediately fires the stun gun at Young. No words are exchanged during this part of Streeter's body camera video.

By about minute 5:18 Young is out of the car in zip-tie hand restraints and asking, "What is the point of all this?"

That's when Streeter said something about believing Young had a weapon.

Watch the raw body camera footage from Streeter below:

Pilgrim was released from custody shortly after midnight. Charges against her have been dropped.

Atlanta Mayor Keisha Lance Bottoms said Young has been released and she’s working on dropping charges against him. 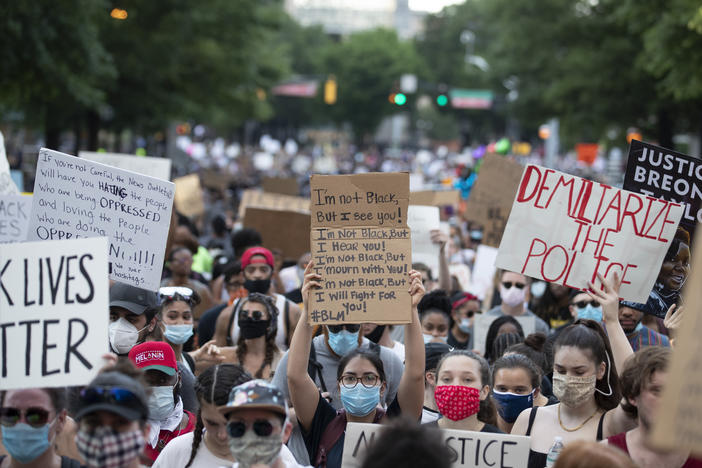