In Macon, An Hour Of Prayer Around Ending Racist Violence 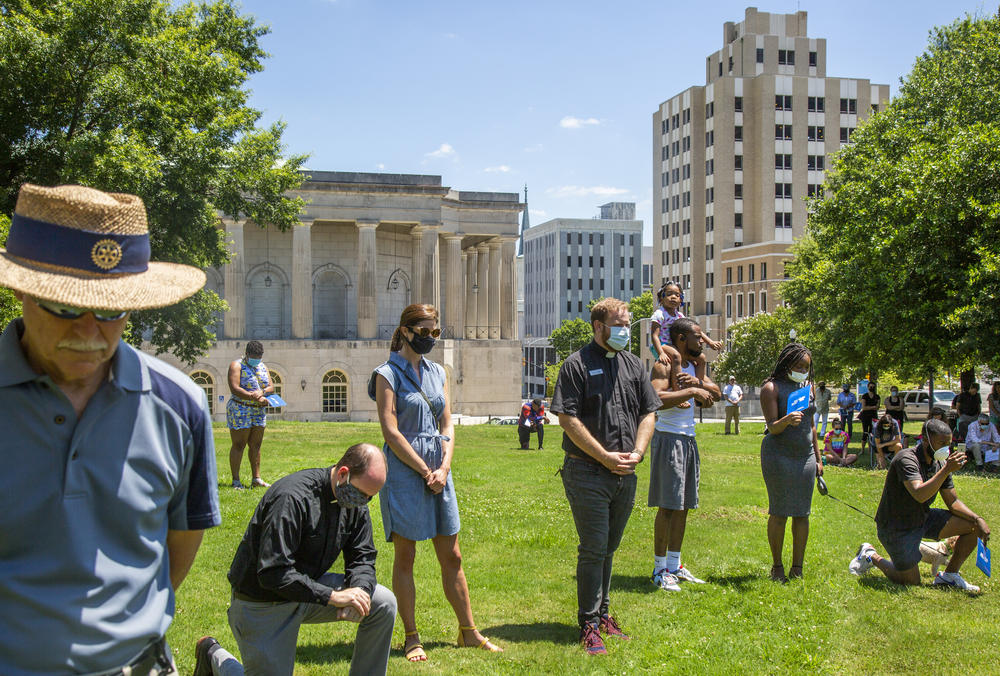 Caption
Rosa Parks Square was the site of an hour of prayer around racist violence, led by local leaders of many faiths, Sunday afternoon..

As parts of Atlanta were still reeling from weekend protests of the killing of black men and women at the hands of police, other Georgia communities came together to press for change without civil unrest.

In Macon, where many brag about the sheer number of churches in the city, more than half a dozen faith leaders led what was essentially an hour of prayer around the issue of racist violence in the United States.  Most in attendance were white, including the teen boys holding an upside-down American flag with the slogan Black Lives Matter taped on it.

Nancy Cleveland, president of the board of Rosa Parks Square where the event was held, spoke directly to them.

"It’s not enough to put up a sign and say Black Lives Matter.” Cleveland said. “What are you going to do tomorrow and the next day to change these policies and make this a place that’s safe for everyone?”

A policy goal that came up more than once during the event was pressing for the passage of a hate crimes law in Georgia.

“We’re calling for this clergy community to stand together in solidarity to push, pull, press...whatever it takes for this state to have a hate crime bill. So that would be the ultimate goal,” said Marvin Colbert of Macon’s Bethel AME Church 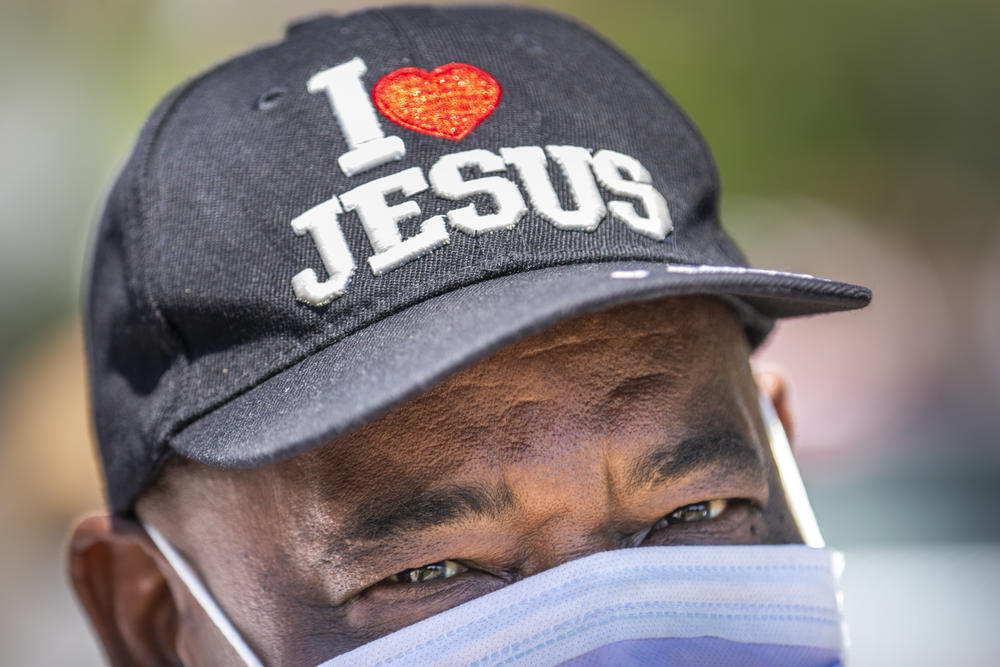