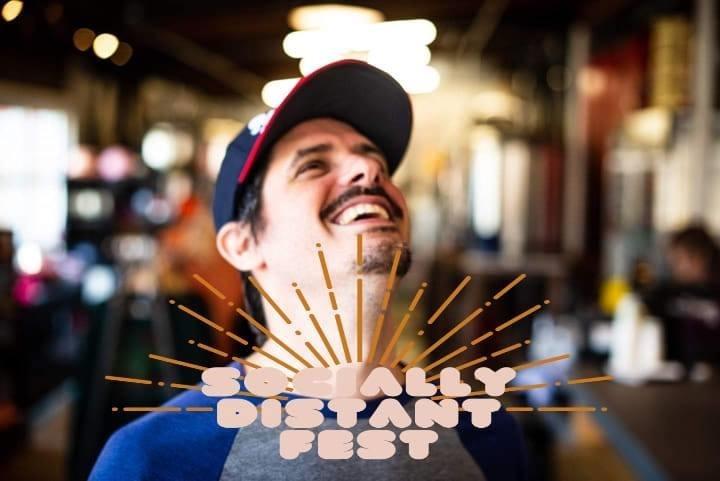 Caption
What started as a one-off livestream to showcase bands around the country has now become a weekly event, featuring musical acts as far away as Ireland and Australia.

Before the coronavirus pandemic, Jacob Allen didn't go to many concerts. Now, he's being credited for helping to save the world's music scene.

In a matter of weeks, Allen's "Socially Distant Fest" has become a massive phenomenon online.

What started as a one-off livestream to showcase bands around the country has now become a weekly event, featuring musical acts as far away as Ireland and Australia. The Facebook page for the event has more than 100,000 followers.

The livestream has even expanded recently to include other performers like fire spinners, puppeteers and poets.

He initially got the idea when he decided to livestream himself playing the banjo on his Facebook timeline.

After seeing some success in that, he invited some other musicians he knew and a friend made a flyer. It snowballed from there.

"The response became something massive," he said. "If you want to talk about the arts community, that's a good testament to it."

Allen, who is a resident of White, Georgia, hadn't played in a band in several years, and rarely frequented shows. He even admitted that he isn't the most technically-savvy person when it comes to the internet. Now, he and several of his friends have become leaders in a post-coronavirus arts scene.

"My wife and I have two kids at home, so we didn't have a chance to go out much," Allen said. "I never imagined that I would be in a position like this."

As the weeks went on, the nature of the livestream evolved as well. Allen said last week a cellist in Ireland streamed live as he busked on the street in his recently reopened city.

He said he never intended for the festival to be exclusively for Georgia artists, but never anticipated the event would become a forum for artists all across the globe.

"It's become something unifying and interactive," he said. "We were literally watching as he was playing his cello on the streets of Ireland."

Allen and his friends have no plans right now to stop hosting Socially Distant livestreams, but they do anticipate that the medium will continue to evolve. He said he's talking with his team on ways to continue expanding how artists can get their voice out there.

"It's a weird time, but I think this helps people find some good in all of it," he said.