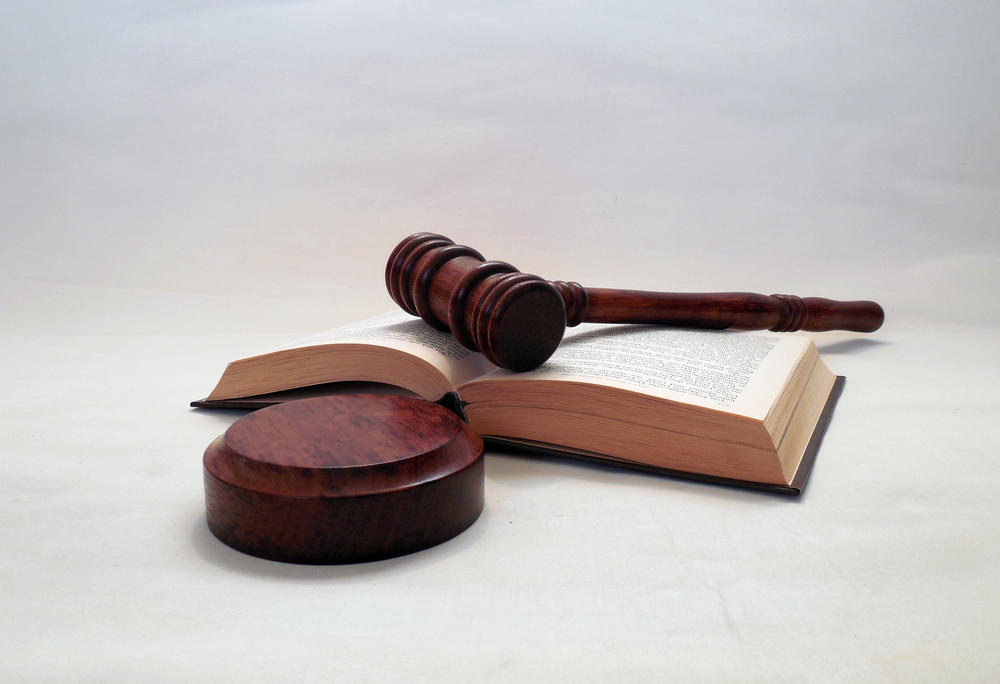 Coronavirus has slowed court processes, halted judicial processes like criminal and jury trials, and raised the concerns of legal advocates.

Some procedures have been held on Zoom, but criminal and jury trails – and the summoning or impaneling of new grand juries – have been suspended since shelter-in-place orders began in mid-March.

The hold might have gone unnoticed outside the judicial system if cell phone video showing the last few minutes of Ahmaud Arbery’s life had not surfaced. The graphic video appeared to show a very different account than that of Travis and Gregory McMichael, who pursued, confronted in the street and shot Arbery.

The resulting national outrage led to both men being arrested and charged with murder and aggravated assault. But, with the ban of new grand juries, they remain in jail, unindicted.

On Second Thought unpacked how justice is operating during a pandemic first with Lawrence Zimmerman, an Atlanta-based lawyer and president of the Georgia Association of Criminal Defense Lawyers. He noted that while grand juries may start back up again mid-June, it’s possible that the judicial emergency could be extended beyond that timeframe.

“They [Chief Justice Melton and the Supreme Court] are being very cautious, and they don’t want to bring anybody into court that may get sick,” he shared. “And so I think they’re trying to decide, how can we safely gather people in a room for hours at a time to hear cases?”

Zimmerman also shed light on the distinctions of the citizen’s arrest statute in Georgia, and the requirements for someone making one.

“The crime would have to be in the immediate presence or knowledge of that person,” Zimmerman explained. “If it’s a felony, and they’re trying to escape, then you could use some kind of reasonable force.”

However, he underscored that this is a legally nuanced area. While what reasonable force looks like may vary, it is not the same as deadly force, which is limited to cases of either self-defense or if a person were continuing to commit a forcible felony.

On Second Thought also spoke with Bryant Culpepper, Georgia Senior Superior Court Judge based in Perry. Even before lawmakers, celebrities and activists began calling for charges in the shooting of Arbery, Culpepper was concerned about the broader implications of halting criminal and jury trials, both for an already backlogged judicial system as well as for the constitutional right to a speedy trial.

“We have people that are sitting in jails that have been previously waiting on a trial, and now we can’t give them one,” he said.

Culpepper believes the drag on the court system due to coronavirus may lead to lawsuits arguing that Sixth Amendment rights were denied. However, he argued that there may be no alternatives at this point.

Culpepper said that while judicial decisions on the Arbery case have become a national talking point, the case will ultimately have to proceed at the same speed as any other case in the judicial system.

On practicing Georgia’s “citizen’s arrest” and the McMichaels’ defense

Zimmerman: The best way to think about citizen's arrest – they’re very unusual – is, if you are in K-Mart and you shoplift, what is the person who is doing store security allowed to do? Can they detain you, grab you, and hold you down until police get there? Not necessarily – if you're stealing a pack of baseball cards, then store security can try to hold you there. But you don't have to stick around and wait for them. You can leave, you can take off and go.

If you're committing a felony in K-Mart and you run out, now they may have the ability under Georgia law to chase after you, because you're trying to escape the detention. And then it gets a little tricky, especially [with] the Arbery case, because we don't know if there's a felony. We haven't heard what the McMichaels reasonably believed was happening. I’m not so sure there was even a criminal trespass.

On problems with Georgia’s “citizen’s arrest” law, and how it relates to the shooting death of Ahmaud Arbery

Zimmerman: You're having people who are not trained law enforcement taking the law into their own hands. [They] don't even know really what the law is and [are] trying to make an arrest. [But] if you're down on the side of the road and you have two guys pull up in a pickup truck, how do you know they are really legitimate and are there to do something lawful? You may think they're just here to rob you, [or] to beat you because you're African American. We don't know. So, of course, you'd be terrified and either fight or flight.

So, I think that's the fundamental problem with citizen's arrest. How do you know they are who they say they are? And then it turns to a violent encounter, because you're going to try to escape. You don't have a right to detain somebody and use force like that. It has to be reasonable [force]. You can't just shoot them because you think they're going to attack you.

On the difficulties of serving justice during this judicial emergency

Culpepper: Zoom is a poor substitute for the real thing. We do it out of necessity in those rare cases where we can do it. But it's a poor substitute for a real court hearing. A judge has a responsibility to sit on the bench and use his ears and eyes and his heart, I suppose, to assess what's going on, [to] assess the believability of witnesses, [and] to try to understand the arguments made by counsel. Watching it on TV, where you've got a human being sitting in a two-inch by two-inch block on your computer screen, it's not like seeing it in the real world.

That's the beauty of being on a trial bench: you get to see people. You see the emotions of people. You see the effect that crime has on a victim. You see the mother's tears. You hear the preacher come in and tell you he's a good boy [...] Those are part of our system. And right now, none of that can go forward. We can't get our day in court.

On the human impact of delaying trials

Culpepper: We have people that are sitting in jails that have been previously waiting on a trial, and now we can't give them [one]. Well, if it's your son or daughter [who] is sitting in a jail someplace, and they thought, "Well, maybe I can go to trial in March. Now they tell me I can't go to trial until June. And when I get to June, they [say] well, it'll be August or September." That's got to be a frustrating thing that people to have to go through.

The system is just on hold at this point – everything is just stopped. It's like somebody called “time out,” and we're just waiting for the game to start back again. And it's going to be awhile until this virus goes away to make the facilities where we try these cases safe enough to proceed. And we don't know when that's going to be.

Culpepper: You want to make sure that you're not perceived to be operating in a "star chamber"-type situation, where you're doing it out of the view of the public. We have requirements in criminal cases that the court be open to the public. That's very important.

Now, there are mechanisms that allow for the public to watch Zoom proceedings. And if the judges can understand how, technically, to do that, so that the public can call in or look in on things, then that we feel like that requirement could be accomplished that way. [But] there have been some problems with Zoom with people that have no business being involved in the case, put things on Zoom that are inappropriate, and interject themselves into the hearing when they have no right to participate.