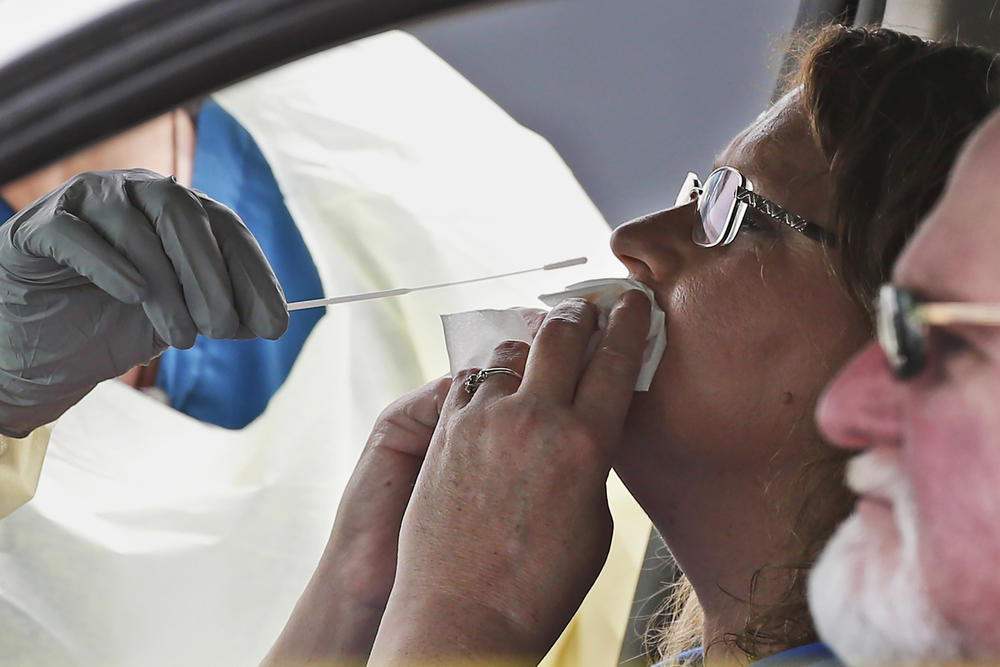 A woman in the passenger seat of a car is swabbed for a COVID-19 test at a mobile testing site.

The first death in Georgia from COVID-19 came an entire week before previously reported, according to data from the state health department.

A Bartow County resident died March 5, 2020, the Georgia Department of Public Health reported on its website.

"Post-mortem testing was requested by a coroner and done by the CDC," DPH spokeswoman Nancy Nydam said in an email. "The test results were not reported to DPH until April 3."

DPH has changed how it presents data and which data are available a few times since the beginning of the coronavirus pandemic.

Gov. Brian Kemp on March 12 held a press conference and said a 67-year-old man died after having been hospitalized at WellStar Kennestone Hospital with COVID-19.

On that day, Kemp reported 31 confirmed and presumed positive cases of COVID-19 in 12 counties around the state. For March 12, the health department now reports 176 new cases for that day.

That the virus was infecting Georgians earlier than previously thought is in line with the fact that the first U.S. death known to be from COVID-19 occurred on Feb. 6 — nearly three weeks before deaths in Washington state that had been believed to be the country's first from the coronavirus, NPR reported. 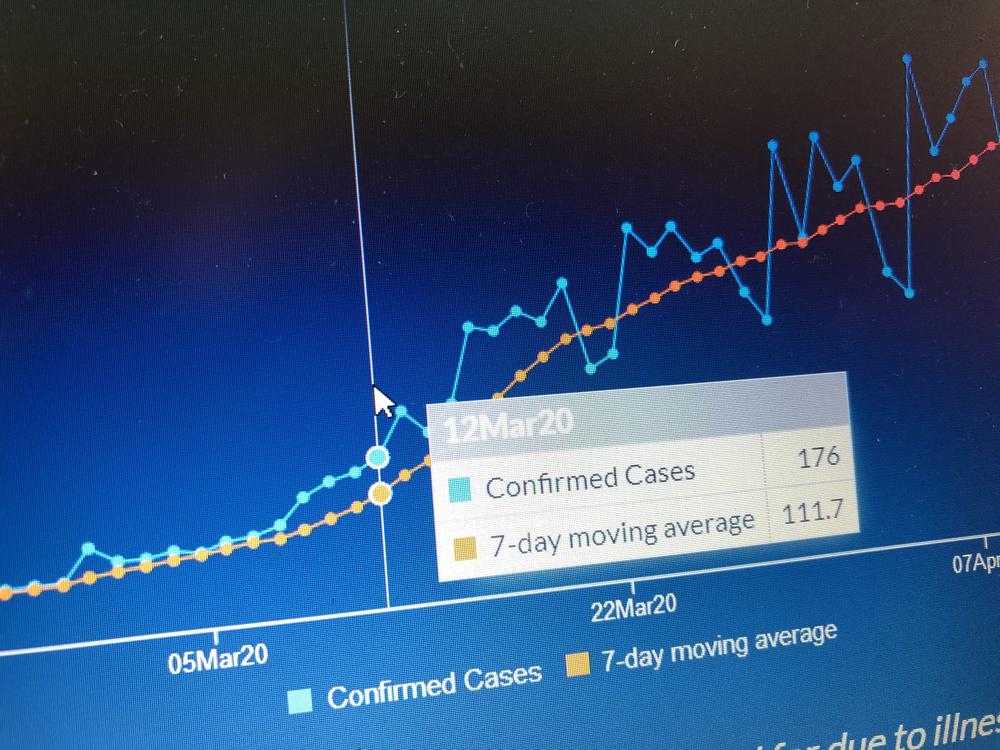