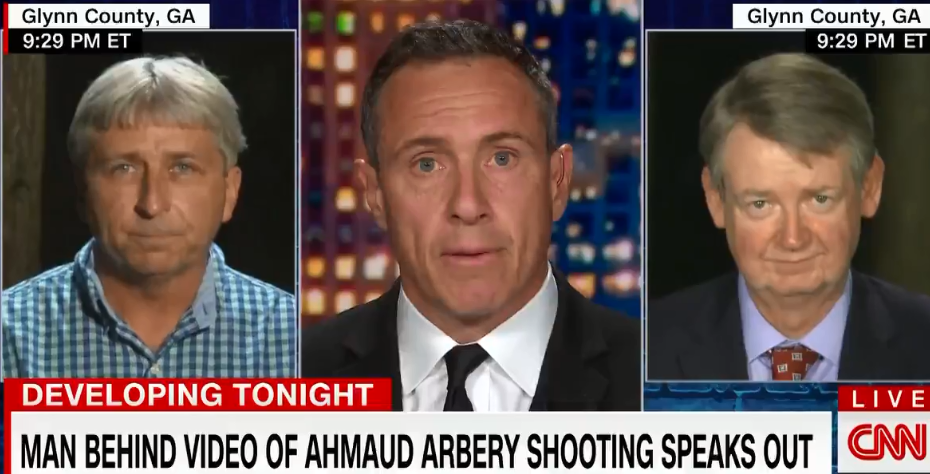 The man who recorded video of the shooting death of Ahmaud Arbery said in recent television interviews he was not involved in the incident despite having been named by Gregory McMichael in the police report. Many in the local community have called for the arrest of William "Roddy" Bryan.

The video, shot by Bryan through the front windshield of a car, follows Arbery as he jogs down a residential street outside Brunswick, then encounters Gregory and Travis McMichael waiting for him in a pickup truck. A struggle ensues and Arbery is shot.

When the video leaked last week, it ignited protests in the Brunswick area and drew condemnations and calls for justice from across the state and country.

The lawyer for the man who filmed the video of the Ahmaud Arbery shooting says his client had no relationship with the men charged in the case and cooperated with police despite the police report indicating one of the accused told investigators he'd been assisting in the pursuit pic.twitter.com/80LoY6GM7h— Cuomo Prime Time (@CuomoPrimeTime) May 12, 2020

The Georgia Bureau of Investigation got involved the same day the video came out. Within two days, authorities arrested the McMichaels and charged them with murder.

Lawyers for Arbery's family called those arrests just one step toward justice in his death.

Many in Brunswick raised questions about Bryan, the man who recorded the video. They claimed he appeared to be involved in Arbery's death and called for his arrest.

In an interview with a local Jacksonville TV station, Bryan said he had received threats. He also denied any involvement.

“I had nothing to do with it,” Bryan told WJAX.

In a CNN interview Monday, Bryan's lawyer reiterated that notion.

"He's a witness, and that's all he's ever been," attorney Kevin Gough said. Gough also denied any relationship between Bryan and the McMichaels.

The police report filed the day of the shooting does allude to Bryan.

Describing the events that up to the shooting, Gregory McMichael told police said he and his son, Travis, attempted to cut off Arbery as he jogged, and Arbery turned around to run back in the other direction.

“‘Roddy’ attempted to block him which was unsuccessful,” the police report states.

The elder McMichael told police he hopped into the bed of the pickup truck, and he and Travis McMichael proceeded to a nearby road to attempt to intercept Arbery.

In the video, when Arbery reaches the truck, Gregory McMichael is in the bed. Arbery and Travis McMichael get into a scuffle before the shots ring out.

“We investigate everybody involved in the case, including the individual who shot the video,” he said.