What You Need To Know: Lessons Learned From Digital Learning 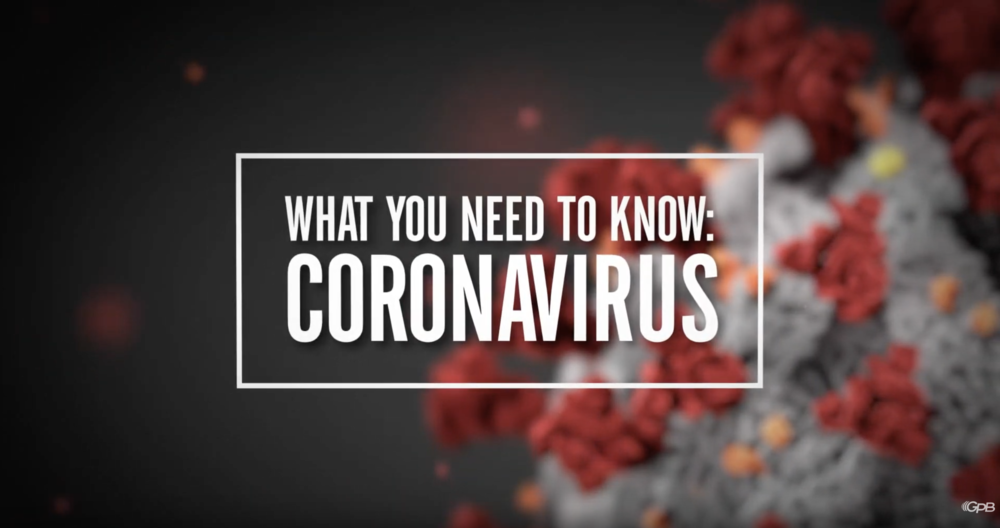 K-12 schools are wrapping up the academic year in a way they haven't before—teaching classes online. What lessons were learned as these schools head into the fall, and face the possibility of continued social distancing? GPB's Grant Blankenship checks in with Curtis Jones, the superintendent of the Bibb County School District.

I knew one challenge we'd have going into this was just a level of comfort, how comfortable teachers would be in doing what we call basically "flipping the classroom." Being able to work with students and share with them information in a way where they could not back it up with in-person instruction or being able to look over students' shoulder, but definitely get the sense that they're there for now.

This was about sort of landing the plane and avoiding a hard landing. Just ending this school year on a note that was as constructive as could be, given the circumstances that we're all dealing with. Imagine going forward, if we have to do this again in the fall, it's a whole different challenge. It will be about new material. What have you learned? What have all the teachers learned in this experiment that informs how new material could be presented in the fall?

I think teachers have learned how difficult it is to actually talk to students through technology and not being able to follow it up in a way so that there is that one-on-one instruction and you are able to see what students are doing. We also learned that, in some cases, parents were doing the work, not necessarily the children. And so that led to some other problems as well. Teachers trying to teach it with one method, parents learn something different. And now you're trying to go through that.

We also didn't do a lot of new testing to evaluate what the student knew. So how do we now do testing so that integrity and honor is recognized and there's not cheating that's going on? And so we recognize we still have to learn in that regard.

But I also think we learned, in some ways, that as teachers are trying to provide information to students, we now have different barriers during a regular school day. It may be restroom breaks. It may be trying to figure out how to do lunch or something like that. Now, it's you've got internet issues. Internet's down for multiple children trying to get on the internet and parents don't have enough bandwidth for everybody to do it. And I think we learned that you can't do six or seven classes in one day. Students are going to have to kind of be more like college. Two classes today, a different two tomorrow, and then maybe you can come back and visit or maybe it's three, but you can't do seven different periods and then a day during e-learning.

So at the top of this, I made clear that our community has its struggles with poverty and that's very true across our school district. I know a lot of the political attention these days is on rural Internet access and maybe not necessarily on Internet access in cities that aren't Atlanta, but which also have a high burden of poverty. How do communities like Macon, Augusta, Columbus, how do we start to tackle that internet access challenge for kids in the fall so that they don't have these Wi-Fi and bandwidth issues?

So I think one way we tackled it is by having good data. We were able to do a survey just before we went into this e-learning period where we asked parents, "Do you have internet access? Do you have a device?".

And another thing we learned, not all devices are equal. You may have a device, but it will not get to the level of capacity that we need for you to have in order to do this learning. But once we have the right data, I think we can then share with the policymakers as well as superintendents [that] we now need to go out and buy different things. And so that will help us.

We learned, for example, when we did our survey— and let me see if I get to that data real quick— that we had about 9,000 to 10,000 students that were able to improve their grades over this grading period. It makes you wonder, what about the other 10,000 kids? Eight thousand of them did not improve their grades, but we know that about 3,000 maybe just weren't involved in some kind of ways. We lost track of them because of poverty because they were already moving around. It's hard to keep track of them even when we're coming to school every day. And so we have to figure out how to handle the homeless problem that we have and provide access.

We also recognized that we had students who were even enrolling in our school while this was going on. So how do you give them technology and equipment so that they're able to catch up and move forward? And how do they develop a relationship with the teacher if they'd never seen them in person?

So 3,000 students that just sort of fell off the radar, so to speak, how do you– when truancy officers used to work, they would knock on the door and maybe find a kid at home or wherever it was they were staying that week. How does that work when social distancing is what's in play?

So two things and deploy that number. Three thousand is a little misleading. We have some students who don't have internet, so we give them packets and so they had to pick the packets up. And so a large part of that group was getting packets, especially in grades K-1, to where they don't have internet skills yet as well. We've [been] teaching students how to keyboard, but they're not there. So not all 3,000 students never had access.

And so the point I want to make is, even though we have technology, you're not always able to use that technology to say how many kids are actually signing in. The other part of it is social workers, counselors still have to do that same work that they were doing. And so in some ways, they pick up the phone, they call. There was hesitancy this year to actually get in a car and go knock on doors because you don't know why they may not be answering the phone or what's going on. And so we're learning different ways now of how to do that. How to make contact when we've lost contact with data.

What would the possibility be of, say for kids who do have really tough home, like a home where it's just not possible to learn like this because things are chaotic. I mean, there's a lot of kids like that, for whom school is that refuge? What's the likelihood that maybe some of those kids could be in the brick and mortar school setting while others with more secure, stable households maybe aren't, if social distancing's still a thing. Is that something you've considered, sort of like a mixed or hybrid approach to this issue?

You know what? I like you. Hold on one second.

Yes, I have, but not as effectively as I should. But years ago I was able– can you see that book?

I can, yeah. You may need to read the title to me though.

That is The Future of Schooling: Educating America in 2020.

It was published in 2012 and it gives three different scenarios for what they thought school would look like in the year 2020. One of those examples is what you just talked about, where some kids come [and] some don't. The teachers are in the classroom, but they're having sessions where they can have one-on-one counseling or small groups. That was one of the ideas is really focus more on high schools.

And so I knew that we were going to have to do something different. I had not thought about it like you just expressed it because the concern would be "Can those students get to us?" Because while we have some schools that are neighborhoods, some are way out there and that becomes a problem down in South Bibb—but we call Sub South— I mean, it's still pretty rural. And those are some of the places where we have internet issues as well.