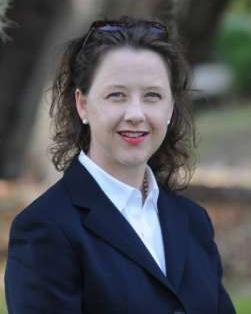 Brunswick Circuit District Attorney Jackie Johnson said Monday that she did not tell police not to make arrests in the death of Ahmaud Arbery in February. She did acknowledge calling in neighboring DA George Barnhill of the Waycross Judicial Circuit.

Johnson spoke Monday morning on a local radio morning show, the Butch and Bob Show on WIFO out of Jesup.

In the interview, Johnson echoed a statement she released last week after Glynn County commissioners accused her of blocking arrests.

“I was just horrified because that’s so far from the truth,” she said. “It’s just a straight up lie.”

Protesters at a rally Friday called on Johnson to step down because of her handling of the case. One sign in the crowd read “Jackie Johnson has blood on her hands.”

MORE: Who Is Joyette Holmes, The New Prosecutor In The Ahmaud Arbery Case?

Johnson recused herself from the investigation because one of the suspects, Gregory McMichael, worked as an investigator in Johnson’s office. In Monday’s interview, she denied having any contact with investigators or knowing any details of the case. She said she knew immediately she had to recuse herself.

“The one mistake I made in this case, again, was trying to be helpful to the police,” Johnson said.

Carr asked the U.S. Justice Department to investigate the handling of the case. In a statement, he pointed to Barnhill’s involvement in the investigation prior to his formal appointment by the state as one area of concern.

“Neither [Johnson nor Barnhill] revealed to the Office of the Attorney General that the Waycross Circuit District Attorney had already taken a role in the case in reviewing evidence and advising the Glynn County Police Department regarding whether to make arrests in the case,” Carr wrote.

Johnson downplayed that in Monday’s interview.

“All I did was try to get [Glynn County police] some help until the attorney general could appoint someone to handle the case,” she said. “That’s all I was trying to do. I wasn’t trying to say, ‘you handle the case.’”

Barnhill ultimately recused himself from the investigation as well at the request of Arbery’s family because Barnhill’s son is an assistant district attorney in the Brunswick circuit.

On the request of a third DA, Tom Durden of the Atlantic Judicial Circuit, the Georgia Bureau of Investigation stepped in last week and made arrests within two days.

The agency says the investigation is still ongoing.