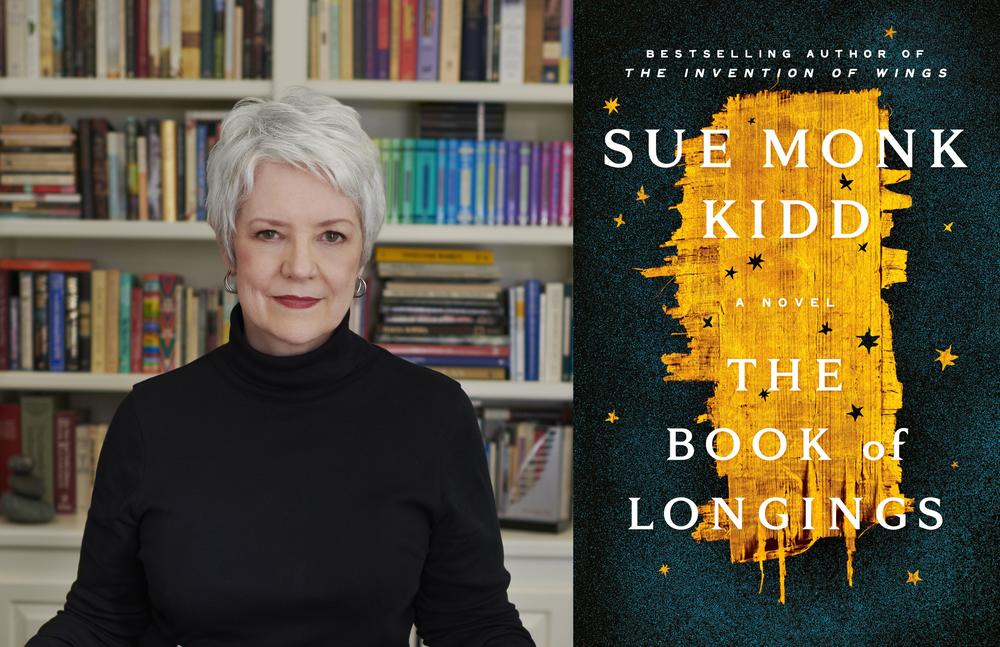 Author Sue Monk Kidd was raised in a conventionally Baptist family in Sylvester, Georgia. Her memoir, The Dance of the Dissident Daughter, follows her turn from fundamentalism into sacred feminine traditions.

While best known for The Secret Life of Bees, Sue Monk Kidd has written three bestselling novels. Her newest novel, The Book of Longings, imagines the life of a first century woman named Ana, who becomes the wife of Jesus of Nazareth.

Ana is the daughter of a close aide to Herod Antipas, governor of Galilee. She’s audacious and aspires to write the histories of the Biblical matriarchs.

On Second Thought host Virginia Prescott spoke with Kidd as part of the Atlanta History Center's virtual author talks. They spoke about why she wanted to imagine the life of Jesus’ wife, and how both intensive research and personal inspirations converged in The Book of Longings.

“I don't know whether Jesus was married or not, but that was never the point for me,” Kidd explained. “The point was to imagine it. And I feel like I was writing an alternate history, a reimagining, if you will. If we can create alternate histories or reimagined history, it allows us to see the present in new lights to think, well, how would things be different if Jesus had married?”

This audio is an edited version of the conversation, but you can hear (and watch) the full interview here. The virtual author talks, which are free events, resume on Tues., May 12 at 7 p.m. with Mary Beth Keane. For a full schedule and Zoom links, visit the Atlanta History Center’s website.

On how the early development of Christianity inspired the author

It's not in the scripture whether [Christ] was married or not. Someone pointed out to me that, well, if he had been married, it certainly would have been mentioned in the scripture, but I'm not at all convinced of that because the invisibility and silencing of women at that time and in the scriptures is a real thing. In the first century, women had a much more prominent role [in] leadership roles in the early church. But in the second century, that all changed. Women were moved to the peripheries. Women were devalued and silenced. Virginity became, in women, the highest kind of virtue for women. Celibacy became a path to holiness. So, there was a breach between sensuality and spirituality. So these things are kind of, as they say, now, baked in to the early development of Christianity. And I think it's worth imagining something different.

On how Ana represents the journey of many women

It turns out Ana and I have a lot of things in common. I didn't quite realize how much until the book was turned in. And my husband said to me, he read the manuscript and he said, “You know, I see a lot of Ana in you, and I see a lot of you in Ana.” Now, I've decided there's a lot of Ana in a lot of women: women who want to have a voice, who have a largeness inside of them – and I think we all do – who want to bring that forth. So they're like her a lot. So Ana, I think, goes on a spiritual journey. I did the same thing – a feminist spiritual journey. I wrote about it in The Dance of the Dissident Daughter. I continued that journey. Ana is into all these things.

On how the writing process informed Kidd’s perception of Jesus

I think the research was transforming for me in some ways about how I understood Jesus as a figure. I came to appreciate the human being he was – the extraordinary human being – because mostly I had related to the divine side of Jesus in my religious background. So this was a different feeling for me. I really wanted to have people appreciate that. Because then we can see, well, he's a human being; I'm a human being. Maybe I could be more like that. Maybe it is possible. Maybe it's not out of the bounds of reality to be compassionate and inclusive and forgiving.

On “taking your own breath” as a woman

I've said many times that, as women, we need to take our own breath away at least once in our life. It would be very different things for different women, but I think it's an important thing to do. So what is your moment? You know, and I thought mine was writing Dance of the Dissident Daughter. That took my breath away, that I wrote that book, honestly. It required me to scrape up all my bravery. But this one took my breath away in an even larger way. And I remember when I wrote the opening lines of this book. The day I did it, I wrote "I am Ana. I was the wife of Jesus ben Joseph of Nazareth." And it took my breath. I sat back in the chair, my desk chair, and I thought, "I'm doing this." But my longing to do this was so strong. My knowing, my creative self knew this was my book to write – that in some ways I felt put here to write it. And I have heard readers already say, "I was nervous about reading this book. But I'm so glad I did." I think readers will find that to be true and maybe it will take their breath a little bit too, like it took mine.