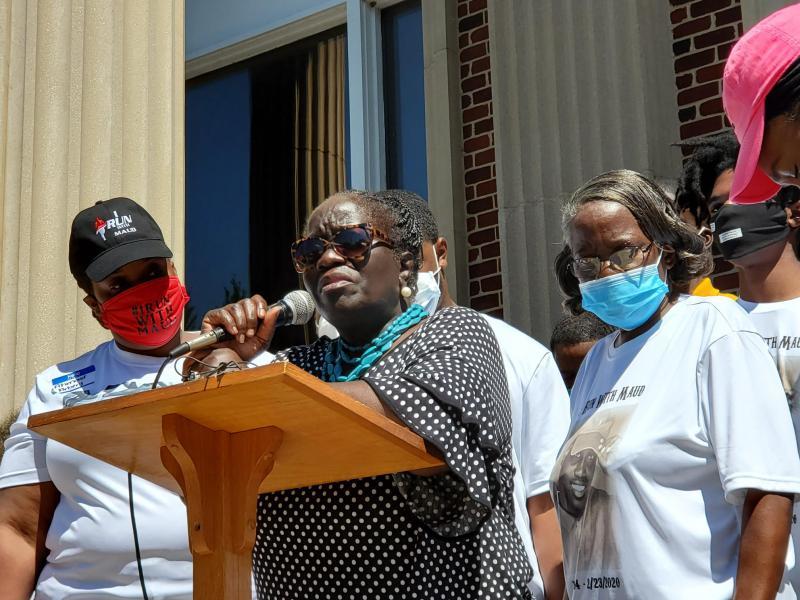 Kimberly Arbery, Ahmaud Arbery's aunt, was overcome with emotion addressing the crowd at a rally Friday.

Gregory and Travis McMichael were arrested Thursday and charged with murder and aggravated assault.

Graphic video of the Feb. 23 shooting leaked this week, fueling anger and protests over the lack of earlier arrests or charges.

At the rally outside the Glynn County courthouse, many called for change in the local justice system. Khalif Edwards was a friend of Arbery's.

“This is history right here,” said Khalif Edwards, a friend of Arbery’s. “So I think it's a good thing. It's a bad thing what happened, but this is a good thing.”

Gregory McMichael worked for years as an investigator in the DA’s office. That prompted Johnson and another DA to remove themselves from the case before a third called in the Georgia Bureau of Investigation this week. 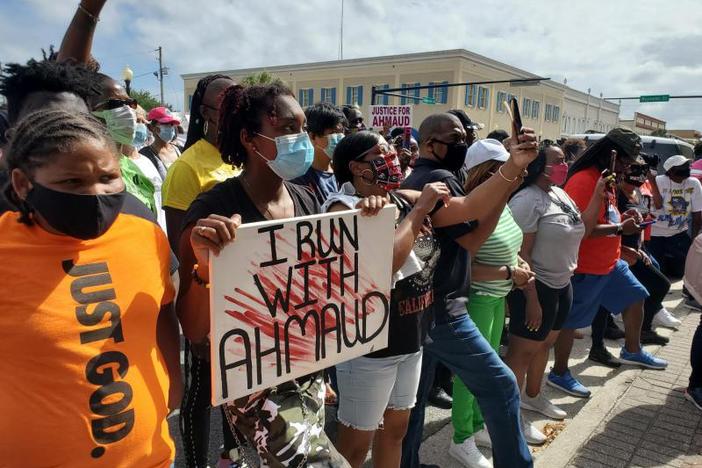 Protesters rallied in Brunswick, Georgia, again Saturday to call for justice in the killing of a black jogger, allegedly by two white men. Groups... 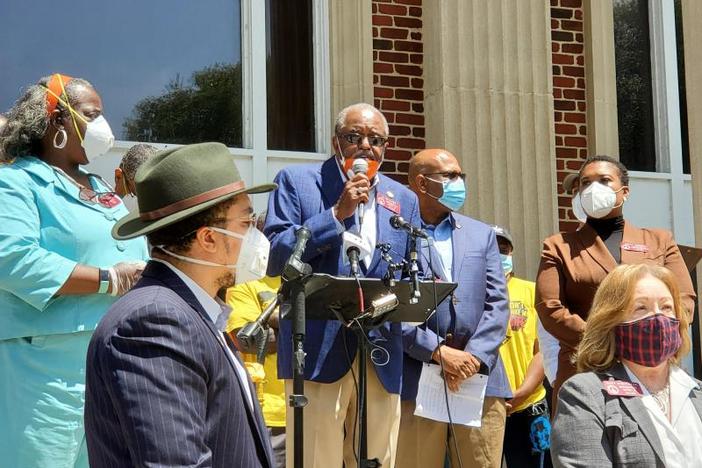