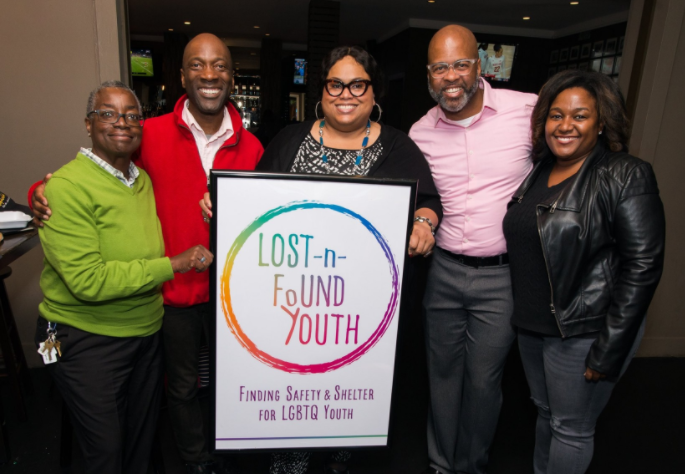 Some 40 percent of youth experiencing homelessness are LGBTQ. The Atlanta-based organization Lost-n-Found Youth is trying to protect this community by providing shelter and support services.

Nasheedah Muhammad, the director of the Atlanta LGBTQ charity Lost-n-Found Youth, knows firsthand what it is like to be without a home.

"This is so important to me, the work that I'm doing," she said. "I've been homeless. I've actually lived on the street for a year myself."

According to True Colors United, some 40% of youth experiencing homelessness are LGBTQ. The Atlanta-based charity Lost-n-Found Youth is trying to protect this community by providing shelter and support services.

As some businesses reopen, the public has been urged to continue following social distancing guidelines. That can be challenging for those who are homeless and in a vulnerable position to get sick.

Aerglo Richardson, who lives in Lost-n-Found's transitional house said they most likely would not have survived living out of their car as the pandemic swept through the country.

"I feel like the world is ending," they said. "If this crisis were to happen and I wasn't in a transitional house, I don't think I would've made it."

Aerglo is currently one of several residents staying at Lost-n-Found's transitional house. They have been diagnosed with bipolar disorder and have turned to art as a means of staying occupied while being forced to stay at home. The walls of their bedroom have begun to be lined with their work.

"It feels really nice right now," they said. "Especially if I have anxiety."

Lost-n-Found operates a thrift store that typically goes towards funding nearly half of their operations. With the shelter-in-place order, the organization has had to find new ways to fundraise to keep things running.

"Our clients and our services, our number one priority right now," Muhammad said. "We're making sure that we're able to keep that house open and operating the lights on, food in the house."

Muhammad said they plan to continue applying for grants and philanthropic partners, but is also making an appeal to everyday people who live across the state.

"If you normally give in December, maybe consider an early gift so that we can keep these services going and and keep these doors open," she said.