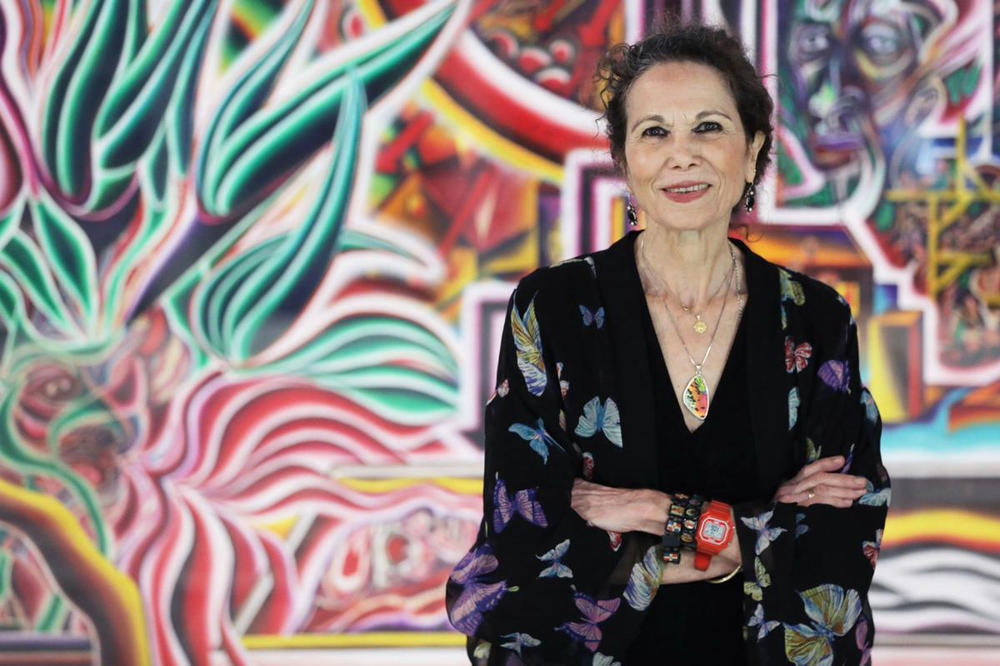 For nearly 15 years, National Medal of the Arts award-winning poet and author Julia Alvarez has focused on writing picture books and novels for children. But earlier this year, she published her first novel for adults in more than a decade, called Afterlife.

The protagonist, Antonia Vega, is a woman in her late 60s reckoning with isolation and her new identity after her husband’s sudden death. In a world upended by the ongoing coronavirus pandemic and wrestling with its own kind of communal grief, the themes of the novel resonate in ways that Alvarez never could have predicted.

“It has been a little bit astonishing, to feel like I’ve written this novel about this character whose world has fallen apart,” she reflected. “There’s a lot of resonances between what Antonia is going through, and what I see and I feel myself going through now.”

On Second Thought host Virginia Prescott spoke with Alvarez as part of the Atlanta History Center's virtual author talks. Over the course of their conversation, Alvarez reflected on the ways she’s tried to keep representation at the center of her writing career.

And Alvarez shared that as she’s gotten older, she’s found herself craving stories about older people — and older women in particular.

“What I love about this novel, is that it’s from a grandmother, and her granddaughter, so we hear history through that female point of view,” she shared. “I’m interested in that underreported, or underrepresented story — the story of the people that were the anonymous ones, or the invisible ones, or the voiceless ones. Because there’s such rich stories there.”

Alvarez believes the pandemic has encouraged many to respect and praise the essential workers whose work often goes unnoticed. She said it’s also given people the chance to find new ways to be “together apart,” a phrase she’s often used to apply to reading.

“Because we’re forced now to be virtual, I think we’re realizing [the] desire to come together,” she reflected. “I think reading has always known that, stories have always known that — that we all are part of a big family.”

On Second Thought aired an edited version of the conversation, but in the full discussion, Alvarez also shared some of the books she’s been reading while in quarantine:

On writing to represent elder women and Latinx communities

I was thinking about my beginnings as a writer, that part of what I wanted to do is that I wanted to have books that I never got to read. I felt like I had wonderful literature, and teachers, and read amazing authors. But I ached for somebody whose aunt was a tía, not an aunt, you know? I wanted to see my Latina culture in the books that I read. And so I kind of wrote those missing places in my shelf. And I was thinking that one of the things that I've been yearning for as I grow older, is having books about characters who are older women, especially. What is it like to be an elder in a community? What does it feel like to address what that means in your own life? And so I think part of it was wanting to address what it means to be an elder without, not with a cliche or in a poky, you know, viejita, wise woman kind of way. No — what is it really like to be growing older, and to try to figure out who you are in this stage of life.

On the erasure of identity, culture, and class as portrayed in her novel Afterlife

[The protagonist is] irritated sometimes by how the diversity that a mainstream grants itself isn't granted to her ethnicity and culture, that there are differences from words to foods to histories between one group of Latinos and another. We're not all Hispanics. We're not all Latinx. There's this richness and this diversity that she feels isn't granted, even by people that are liberal-minded and that want to be aware of her ethnicity. It's just like, once they put her in that ethnicity, they just paint it with a broad brush. And she wants to be granted the full complexity of who she is. [...] And of course, there were issues of class. She's had certain advantages that these undocumented workers don't have, and she's very well aware of the power dynamics there. And it makes her feel uncomfortable. And yet she is the one with the power. So what is she going to do with it?

On the tensions between art and activism

I've often felt, coming from the Dominican Republic and going back there, that there's a kind of privilege that I feel uncomfortable with. So much needs to be done when I go back to the D.R., that I just feel like, "What am I doing, writing? I should put my energy, my resources, my whole attention on this." But you also have to serve according to your nature. And activism that is sustainable has to come from what you're deeply passionate about. Because, I think doing loving work in the world, even if it's not ostensibly activist, is a kind of activism. It's helping to create a beloved community.