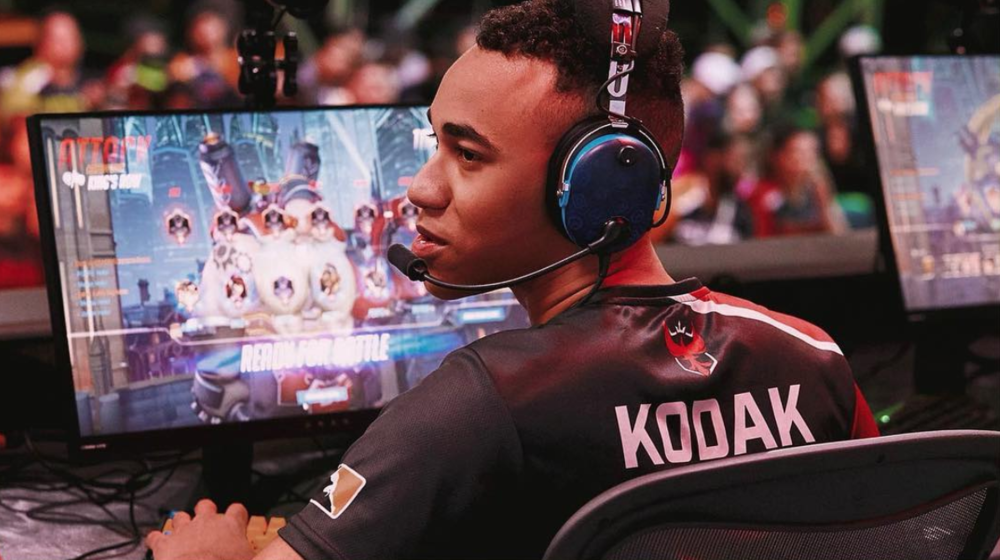 Caption
Atlanta Reign player Steven Rosenberger, who goes by the gamer tag Kodak, hopes to get back to competing in front of the team's home crowd soon.

Coronavirus has emptied arenas, silenced stadiums and left fans worldwide looking at a life without sports. But for the world of e-sports, where the playing field is anywhere there's an internet connection, there is a silver lining.

Georgia has seen a 20 to 30% rise in e-sports, or competitive online gaming, since the beginning of the coronavirus pandemic, according to Leo Buchieri, the director of gaming analytics and data reporting for Repable. That’s tens of thousands more people taking to the internet for entertainment.

“People are looking for something else to watch because ESPN is a dead channel right now. [People] are just clamoring for anything because there aren’t your traditional sports at the moment,” said Buchieri.

Buchieri is also the General Manager of the Atlanta Royal Family, a meet-up group for e-sports fans,  and says professional gaming teams are seeing the biggest uptick in viewership. He said the Atlanta Reign, a member of the Overwatch League, was averaging anywhere from 60 to 80-thousand concurrent viewers on YouTube and it recently jumped to 110-thousand viewers or more.

“It has absolutely been incredible to watch, like as the local arenas have closed down and as regular sports leagues have failed to function, e-sports has not,” said Buchieri.

Although e-sports are thriving, it's one thing to play in an online tournament and an entirely different experience to play in front of thousands of people. The Atlanta Reign had to cancel a big homestand scheduled for late March at the Coca-Cola Roxy. The team has a record of 3-1 on the year but they were hoping for a few more wins.

“We would have played in front of our home crowd, which would have given us like a huge advantage, I believe, because we're like, a really emotional team that gets really pumped up when all our friends are there,” said Steven Rosenberger, who goes by the gamer tag Kodak.

The Reign signed Kodak this year after he placed first and second in major tournaments last fall with the ATL Academy. Originally from Germany, he came to America in 2018 with hopes of becoming one of the best players in the world. Now, he hasn’t been able to interact with his teammates because they are all practicing in the confines of their own apartments.

“If you're currently in for a long time and you don't get outside, like mentally, it can be like a lot of stress, especially with calling the games and practice, stuff like that. You have to win those games, so I think for us it's just like having a good mental focus on upcoming games and preparing for the season and seeing what's coming next, you know, just hoping for the best,” said Kodak.

The Reign is using an app called Discord to communicate with each other, and to their coaches, about schedules and game strategy.

Gamers aren’t the only ones having to use new tactics to stay connected while Governor Brian Kemp’s stay-at-home order is in place. Local business owners are even changing the way they do business.

“Our business model is about is bringing people together and competing," said Hayden Marlowe, owner of Newnan Esports. "Typically, video games and eSports in general, are played together… We're now holding tournaments online and we have a list of all of our upcoming tournaments so that people can participate in it."

There's generally a small entry fee to play to help Marlowe with costs, and he encourages gamers all over the state to join the tournaments.

Soel Tran, the owner of Atlanta’s largest gaming bar Battle and Brew, is also getting creative. They have started streaming their very popular Geek Trivia on Twitch at 8:00 p.m. every Wednesday. He is also offering take-out food to all of his customers.

“Everybody is a gamer at some point, either from Candy Crush or Clash of Clans, right? You know, you've got your grandmas down to kids playing some sort of game because they're just easy to relate and interact with. And that's kind of what a lot of our games are focused around,” said Tran.

Of course e-sports don't actually need a physical location for people to play together. That works to the benefit of players and fans.

“Video games and e-sports in general, are played where there are no boundaries, right? Like you're playing, even internationally, in some cases, against a lot of people that you don't even know… so you can compete with people you already know or make new friends in the process,” said Marlowe.

For now, gamers and the entire sports world are on the edge of their seats waiting for some good news. 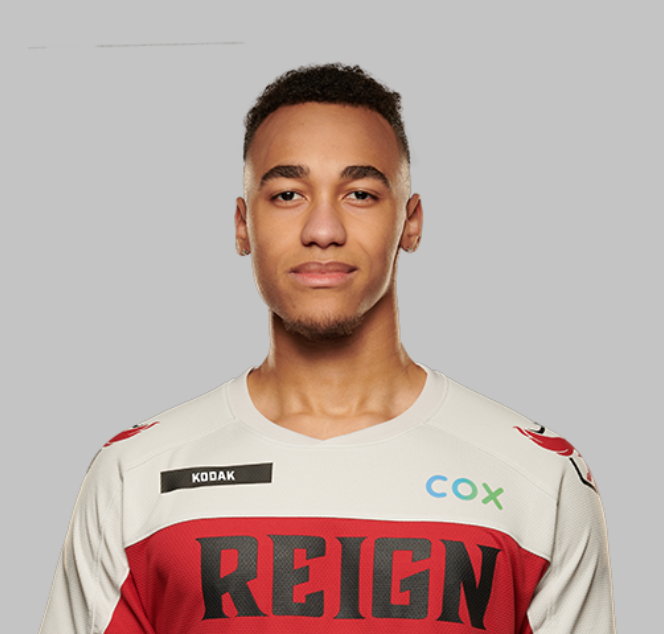 Caption
Steven Rosenberger, aka Kodak, is from Frankfurt am Main, Germany and wears jersey #5. 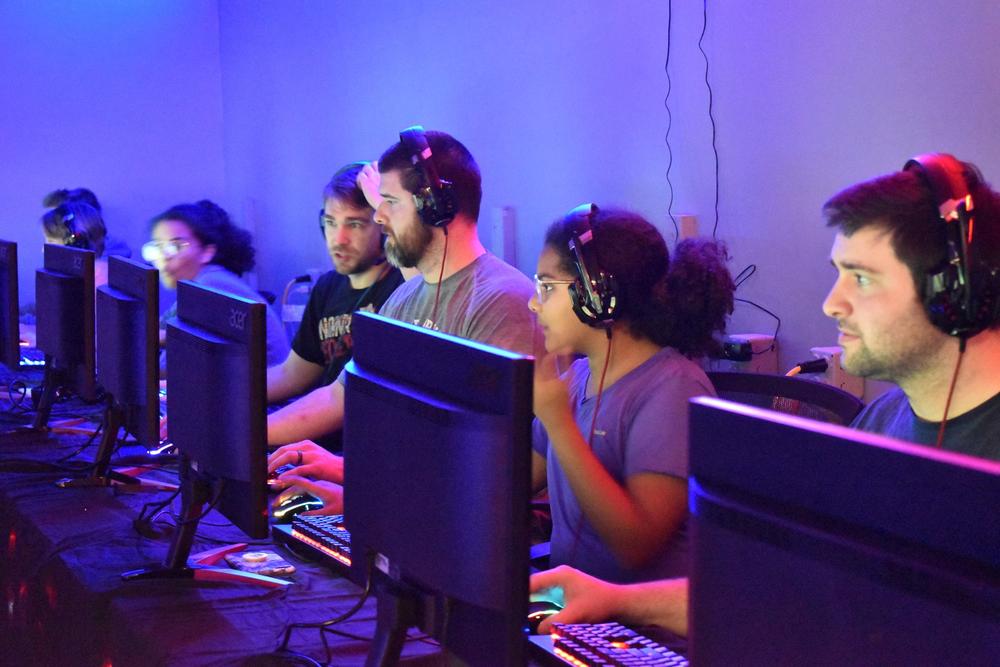 Caption
Hayden Marlowe, the owner of Newnan Esports, opened his business to bring people together and he's now having to take his tournaments online. 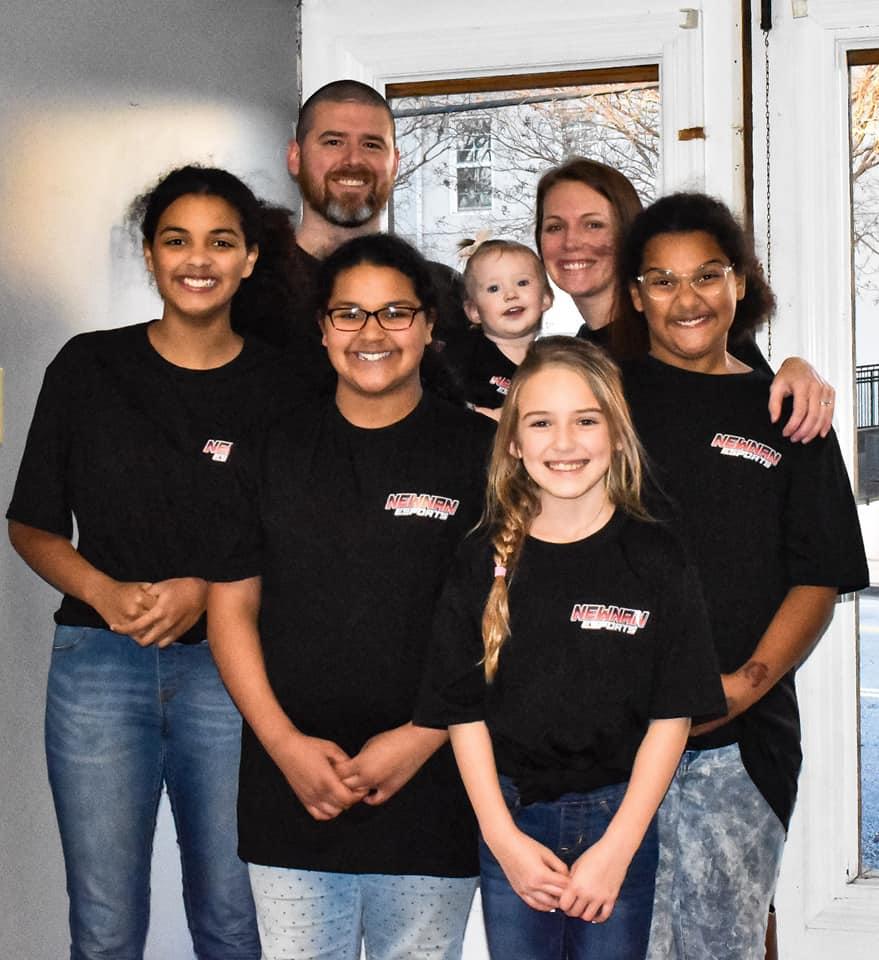 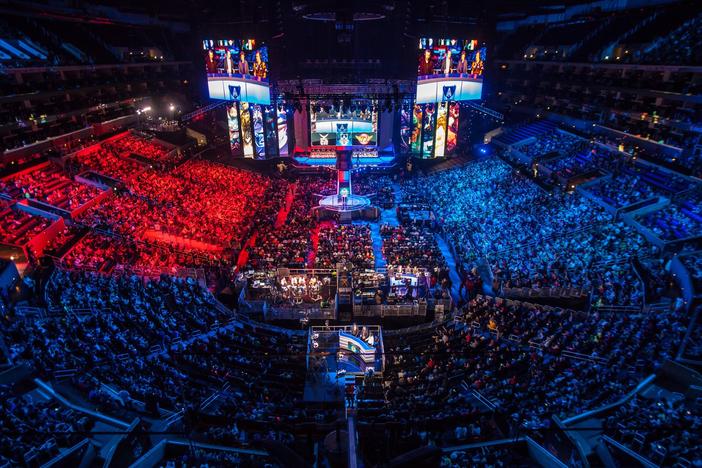 The Final Four is set, baseball season is on and for the first time ever, there's a Master's tournament for women. In the world of eSports, hundreds of... 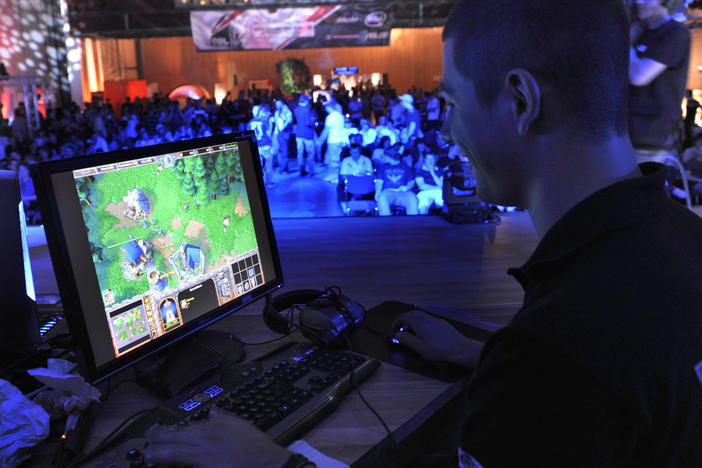