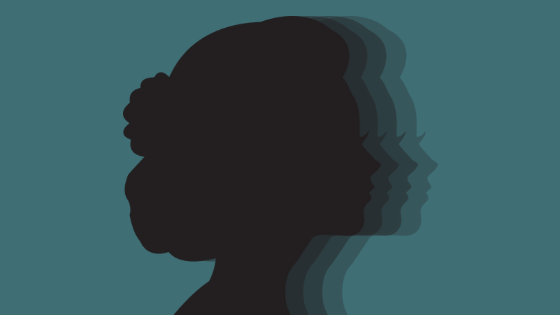 As the social and economic effects of coronavirus begin to take shape, experts and advocates warn of a spike in domestic violence.

With unemployment surging, hospitals nearing capacity, and shelter-in-place orders in effect in almost all states, our lives have shifted dramatically in the past month. And that uncertainty can be even more complex, or even dangerous, for victims and survivors of domestic abuse.

At a press conference Wednesday, Gov. Brian Kemp shared that one hospital in Atlanta recently reported a 15% increase in domestic violence-related cases. Experts working in the field warn that the stressors of the current lockdown have added additional complications and barriers to accessing help — and that even federal stimulus money could become leverage for abusers.

Jamie Perez, director of the Safe and Stable Families Project with the Atlanta Volunteer Lawyers Foundation, and Katha Blackwell, vice president of Shelter and Supportive Housing Services for the Partnership Against Domestic Violence, joined On Second Thought to discuss these issues and concerns.

Perez noted that abusers might use the ongoing pandemic to their advantage, by using the virus as a scare tactic to keep victims isolated at home.

“People who otherwise might be able to seek assistance or get out or get help are further isolated than they typically would be,” she said.

Blackwell, who manages both a crisis hotline as well as shelter and supportive housing to victims and survivors of domestic abuse, agreed. She also pointed out that the crisis may expose children to domestic violence in ways they may have never experienced before.

“Depending on the situation, abusers will wait until the children go to school to become more violent,” she explained. “But now, most of the children are home. [And] you can only mask yourself for so long before your children actually see that you are abusive.”

Perez noted that survivors of domestic violence who have left their abusers are also in a precarious situation as the social and economic ripple effects from the pandemic continue to unfold.

“I do think that abusers could use the virus as a reason to get back in contact with a survivor, whether it’s permitted by court order or not,” she argued. “They’re going to use this as an excuse to check in and say, ‘Are you okay?’ Or, they can use it to say they have symptoms. This is just creating a reason for that communication to start back up, which can be dangerous.”

Perez also laid out specific hurdles that victims and survivors of domestic violence may face in collecting federal stimulus money. While the $2 trillion stimulus bill signed into law late last week guarantees $1,200 for every adult who filed a tax return, with adjustments based on income and number of children, abusers might end up collecting it instead.

What You Need To Know: Dealing With The Threat of Domestic Abuse During Quarantine

Perez explained that abusers often use financial abuse tactics. That could mean victims and survivors don't know how taxes were filed in previous years, or even what bank account may be on file.

"Then we get into this situation where, if that isn't updated or addressed before those checks go out, now [survivors] have to reach back out to an abuser who may have been the person to receive that joint stimulus check," she said.

And for women who are currently staying in or considering going to a shelter, Blackwell says that they’re taking special precautions to practice social distancing with their locations. Now, every family has their own room, and they’re placing new clients into hotels.

"We're trying to keep everyone separated just in case anyone gets COVID-19, or tests positive," she said. "But even with that, funding is pretty limited in regards to how far we can go."

Blackwell says that their organization is taking donations to fund hotel stays for their clients, among other resources.

Perez also highlighted that, for those who are currently struggling, courthouses are still open to issue protective orders to those who need them. Evidentiary hearings, however, are on hold indefinitely, which may build up a backlog of cases for these victims. And that's where lawyers come in.

“When those get started back up, we’re going to see a surge in the need for our attorneys to volunteer their time and represent survivors,” she said.

Perez: In this case, people are being forced to stay in a home with abusers. And abusers can use the virus as somewhat of a scare tactic to ensure that their victims are not leaving the home. Our victims are less likely to be alone long enough to file for a protective order, or perhaps call a domestic violence hotline without being observed by their abuser. And, for our low-income victims that are in potentially small spaces, that seems to be kind of a breeding ground where the tension and likelihood of violence can increase if there's not a whole lot of space to get away from that situation, even within the home. They're also dealing with financial uncertainty right now, so they might be less likely to be able to leave even if there were options for that. Shelters and transitional housing and motels and hotels are full, or they may be closing or restricting intake due to social distancing. And I also know, on the flip side of that, that some victims are afraid to go into such place, because it does mean they're going to have to be around a broader group of people at a time when they're trying to isolate themselves to not contract the virus.

Perez: People who have escaped their abusive relationship, and may be finding their independence, are now finding their support systems interrupted — you know, loss of job, financial support, [and] potentially the abuser who is paying child support has lost their job. Their relationships with family and friends are now strained with this social distancing. And then, I know that our social workers have found that some of our survivors who have been in the process of moving to a new and confidential location have seen that process halted. [In addition], childcare is being closed down. And so, if someone does still need to work to maintain their housing, they may have to turn back to an abuser for that childcare. […] For people who have protective orders in place or who've divorced their abusers, we're seeing a lot of people using the pandemic as a reason to withhold visitation with the other party. So, if an abuser is the person who last had the children when this all came down, they now have a reason that they're saying they won't turn the children back over to our victims.

I do think that abusers could use the virus as a reason to get back in contact with a survivor, whether it's permitted by court order or not. They're going to use this to say check in and say, "Are you okay?" Or they can use it to say they have symptoms. And this is just creating a reason for that communication to start back up, which can be dangerous.

On the impact of quarantine on children in abusive environments

Blackwell: It's a huge impact on them. These are innocent children who don't have any real power, per se, to get out of the situation they're in. And so, I can only imagine the magnitude of children who may experience what domestic violence is like while they are at home. Because, depending on the situation, abusers will wait until the children go to school to become more violent; they'll do different things before the children come home from school. But now, most of the children are home. So [with] any abuser, you can only mask yourself for so long before your children actually see that you are abusive. And so, I can only imagine what children are doing or going through at this time, being in those homes and not feeling like they have the power to do anything.

Perez: For survivors seeking confidential locations to escape their abuser knowing where they are, they may have moved more frequently. So they're going to have to update that [address] information. [Also,] the last bank account on file could have been a joint account. And then we get into this situation where if that isn't updated or addressed before those checks go out, now [survivors] have to reach back out to an abuser who may have been the person to receive that joint stimulus check. We also know that abusers engage in financial abuse frequently. So a lot of our survivors may not be aware of how taxes were filed previously, or an abuser may have improperly claimed children, so they [the abuser] may get the child portion of that check, again, which forces them to have to sort this out and delays their ability to get the funding in a timely manner.

On what to do if you feel threatened right now

Blackwell: It’s best to safety plan as much as you can. In the event that a violent situation takes place, think about, where in your home can you stay safe? Can you run to the bathroom and lock the door? Can you call a friend and see if you can come over to that place? Now is the time to definitely come up with your options, and think about what those options are in the event that something happens or domestic violence breaks out. And I'd like to stress that when it comes to leaving an abusive relationship, that's the most dangerous time [for the victim]. So if you are going to leave, plan as much as you can and be safe.