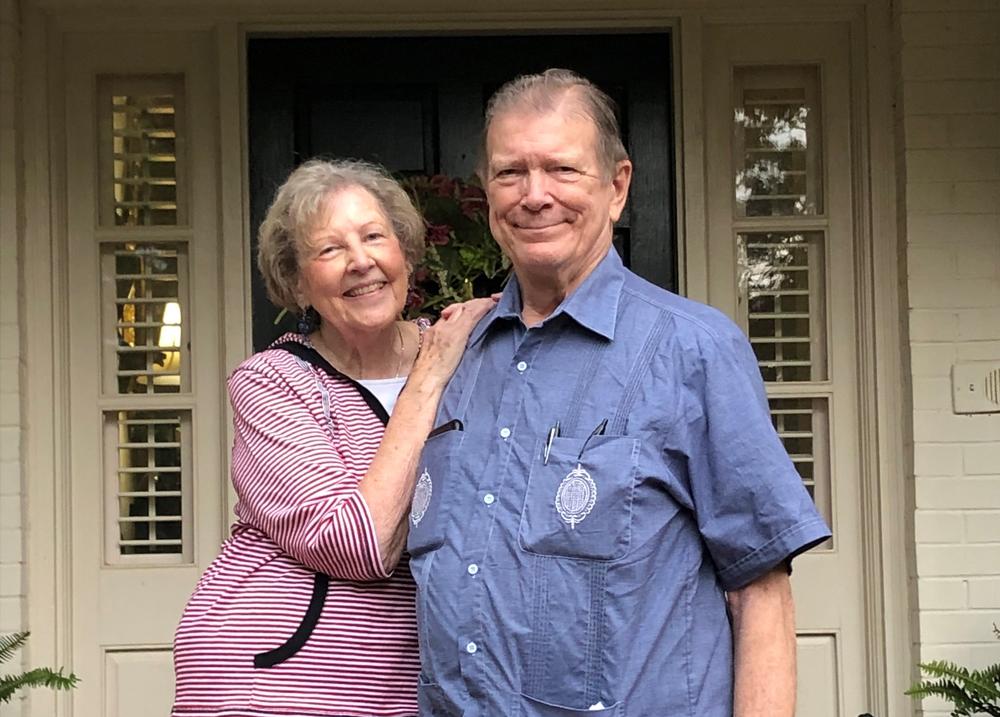 Renee and Clyde Smith visiting family July 4, 2019. The couple survived a coronavirus infection while aboard the Diamond Princess cruise and are now donating blood for a possible vaccine.

Renee and Clyde Smith were quarantined for weeks in a Japanese hospital when they tested positive for coronavirus aboard a cruise ship in February.

Though neither developed symptoms of COVID-19, they waited in isolation until they both tested negative and could return home. Now, the couple is hoping their blood will help others as they participate in a study of how antibodies from recovered COVID-19 patients might be therapeutic for people still in the throes of the disease.A couple of 80-year-olds from Atlanta survived a coronavirus diagnosis while aboard the Diamond Princess. GPB’s Ellen Eldridge spoke to them about donating blood to Emory for a vaccine.

The study is being run by Emory University, which is also the Smith's alma mater. The couple, married for 50 years, still live near Decatur.

"They're very young and strong for their age and very active and very healthy," their son, David Smith, told GPB News in February. "So, I think that the odds are with them right now and their outlook is very positive. Their spirits are high and they're more concerned about everybody else right now than themselves any longer."

Those spirits remained high the duration of what could have been a terrifying time. And the desire to help others never ceased.

A man who disembarked the Diamond Princess in Hong Kong was the first to test positive for coronavirus, Renee Smith said.

That was early in February, before the World Health Organization officially named the disease COVID-19. "COVI" comes from coronavirus. The "D" stands for disease. The 19 represents 2019, the year the virus was first identified, in December.

As soon as the Japanese authorities learned the man had tested positive, they urged the ship's captain to get to Tokyo Bay a day ahead of schedule, Renee Smith said.

Once they arrived, every passenger and crew member had their temperature taken.

"And then sometimes during that day on the fourth (of February), we had a telephone call and they asked my husband and me to come down and to a room that they had set aside for testing," Renee Smith said. "And they took throat swabs of us."

Renee Smith said the whole time she and her husband were in the Japanese hospital, the tests involved a throat swab, not the nasal swab currently used in the United States. Renee and Clyde Smith were among the first people on the Diamond Princess to get tested for coronavirus.

Isolated in a Japanese hospital

It took a few days to complete testing of everyone aboard the cruise ship and, once that was done, the Smiths learned they were part of a small group of people who had tested positive. The captain told them they could pack a few things and had to wear full protective gear while exiting the ship.

"They told us we had 30 minutes to get off the boat and be taken by ambulance to a Japanese hospital," Renee Smith said.

The couple never experienced any symptoms of COVID-19. Staff treated them well and the Japanese government picked up the cost of their care.

Clyde Smith said he'd previously been in a lot of hospitals visiting because he worked in sales of medical diagnostic tests and reagents.

"And I covered Georgia and South Carolina for a manufacturer that was based in Los Angeles," Clyde Smith said. "Anyway, the Japanese hospital was the newest, most modern and fanciest hospital I've ever been in."

The room in Tachikawa Hospital was tiny, but had a gorgeous view of Mt. Fuji.

"The beds were absolutely wonderful," Renee Smith said. "They were firm and nice and they had the best pillows I've ever slept on. There were kind of like beanbag head pillows. They were so comfortable though."

Hospital Director Dr. Hideo Mitamura wrote a personal email to the Smiths after their safe return home. He made jokes about the food and confided to the couple how nurses learned to enjoy donning protective gear each day to care for the five people in the COVID-19 unit.

In closing, Mitamura said he would retire effective the following day.

"Just for your memory, I am attaching pictures of my hospital," Mitamura wrote. "I guess you did not have enough time to see this hospital from outside. I spent 7 years here and led the construction of the new building which I am proud of. I hope someday you visit here again once turmoil is over."

Hope for a vaccine

Now, the 80-year-olds are back home, and donating blood to help develop a vaccine. Renee described it as serendipity that she met up with someone who knew Emory was recruiting research participants.

While out walking their dog, the Smiths met a neighbor who had recently retired from nursing.

"And we struck up a conversation," Renee Smith said. "She had just retired as a nurse and told us where she had been working and she knew what we had been through."

Renee Smith talks about learning about Emory's trial that she and her husband donated blood to develop a vaccine for COVID-19.

Later that afternoon, the neighbor called the Smiths because Emory University was looking for participants for a clinical trial.

"She told them our story and they grabbed at the chance," Renee Smith said. "They were really excited about the prospects of using our blood for our vaccine and for perhaps a cure."

They each donated nine or 10 vials of blood, some of which was sent to China, Renee Smith said.

Now a network of U.S. hospitals is waiting on permission from the Food and Drug Administration to begin large studies of the infusions both as a possible treatment for the sick and as vaccine-like temporary protection for people at high risk of infection.

Clyde Smith said doctors believe those who have had the virus and recovered are immune to COVID-19. The antibodies in the couple's blood may help develop a vaccine.

"It's important for us to contribute to giving time for development of therapies and eventually for development of vaccines to protect people," he said. "And the only way to do that is to keep people who have the virus away from other people. And the only way to know whether you've got it is through testing. So here's hoping that they'll make available enough tests for everyone." 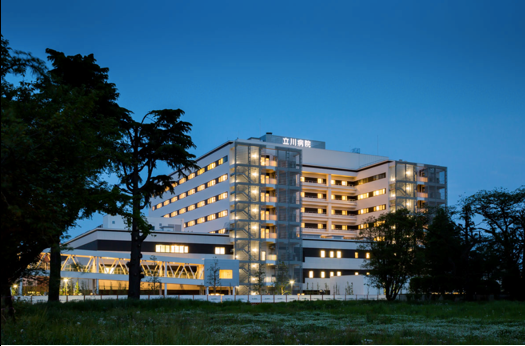 A view from the outside of Tachikawa Hospital in Japan. Renee and Clyde Smith were two of five people to stay in isolation after testing positive for coronavirus about the Diamond Princess in February 2020.