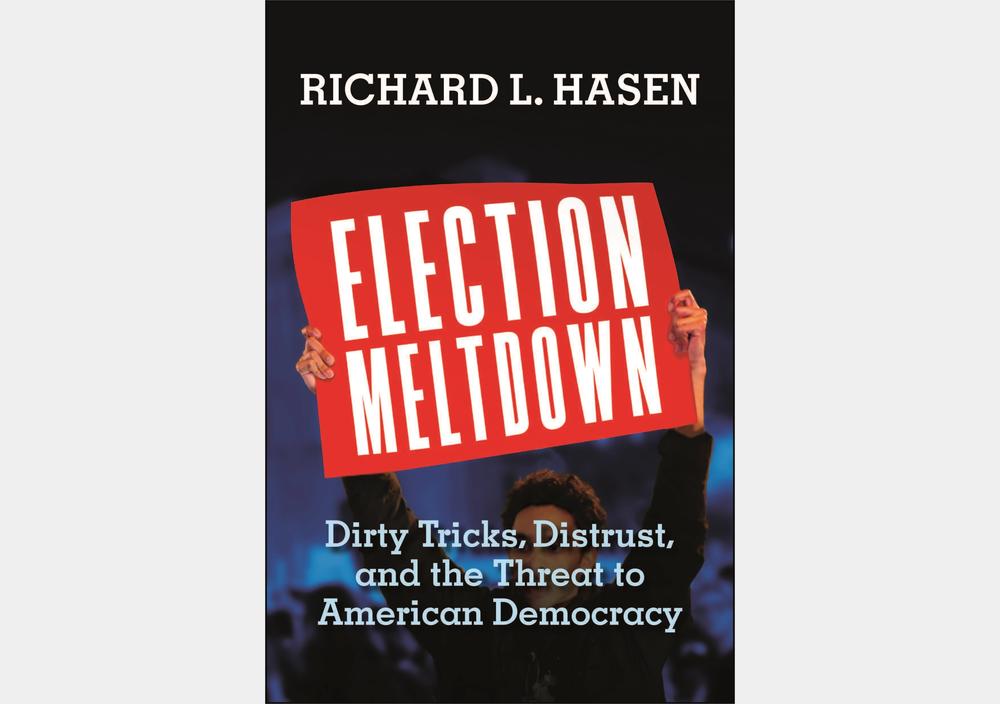 Richard Hasen was worried about voting long before the Iowa caucuses — and before fears of coronavirus threatened to keep people away from primaries.

As professor of election law at the University of California, Irvine, his concern is what undermines public trust in the fairness and accuracy of American elections. Hasen joined On Second Thought to discuss his new book, Election Meltdown, which digs into the factors that corrode public trust in elections.

Those factors are wide-ranging, including unsubstantiated accusations of voter fraud, disinformation and suppression tactics, and even nightmare scenarios such as hacking, attacks on the power grid, or what happens if a candidate does not concede.

Hasen has the distinction of being targeted for his work by both Democrats and Republicans, having drawn fire for his analysis on Georgia’s gubernatorial elections in 2018, where Stacey Abrams refused to concede to Governor Brian Kemp. At the time, Hasen argued that while Kemp’s decision-making was worthy of criticism, it would be incorrect to call the election “stolen.”

“It was the most banana republic moment of the state,” Hasen argued of the 2018 Georgia gubernatorial elections. “[But] I really think it’s problematic, even given what I consider to be the very suppressive actions of Brian Kemp, for someone to call the election 'stolen.'”

Hasen also shared recommendations on how the average voter can best prepare for election day, which include sourcing your information, breaking out of information silos, and voting early. He also suggested that people prepare to be patient.

“Just like fine wine takes time to ferment, election results take time,” he said. “If [the election] is close, it might take days before we have results. And that does not mean that we have a failed election. That just means that we want to make sure that it’s done right.”

On how voter fraud claims, from both parties, erode public confidence in elections

What I try to show, through a look at a case in Kansas called Fish vs. Kobach, [is] that when the voter fraud claim was put on trial, it actually failed miserably. And that the evidence of voter fraud that supports lots of these laws that make it harder for people to register and vote, they're really not supported by any evidence of either lots of fraud or that these laws promote voter confidence. Instead, we know that they can make it harder for some people to register and vote. But I focus on the fact that these fights over voter fraud and voter suppression, they undermine people's confidence in the process. Republicans think Democrats are stealing the election through fraud. Democrats believe Republicans are enacting these so-called anti-fraud measures in order to suppress the Democratic vote. And so both sides feel less confident in the election.

I think it's a problem for three reasons. Number one, if you don't have the proof, the social science proof, that it's actually stolen — that these suppressive efforts made a difference — then you get into a fight over something different. Right? You get into a fight over the state of the evidence as opposed to, you know, why does the state get to do this, [enact] these kind of laws in the first place. And so it becomes a battle over the evidence. Second, what you're undermining is the argument against the dignity of every voter. The question should be, why does Georgia get to put stumbling blocks in front of people who want to be able to register and vote, without any good reason, if it's not supported by voter fraud? And third, just this kind of loose talk undermines people's confidence in the process. And so, while I think it's perfectly fine to say that Brian Kemp engaged in suppressive activities — that Brian Kemp should not have been both running for election and running his own election, [that] he should have recused himself, and it was terrible — I would really avoid the "stolen" election rhetoric.

On the growing fears of violence with elections

We don't have a good playbook for this. You know, I was looking back over a blog post that I wrote on my election law blog in January 2009, when Barack Obama was inaugurated. And I was reflecting on how amazing it was that you had George W. Bush, this conservative Republican, willingly handing over power to Barack Obama, a liberal Democrat. All this pomp and circumstance, everybody celebrating it. And Republicans thought, all right, we're going to try harder next time. And do you know, John McCain, remember, called Barack Obama an honorable man — just said, he didn't agree with his ideas. And then you had Mitt Romney, who also ran, I think, a very honorable campaign, [and] lost that campaign. And now this turn, as the parties have realigned, there's so much heat right now. [I think] that anything that can be done to try to bring reason and calm and clear rules is useful, because I do worry that if enough people are convinced that there's a problem, that it could potentially lead to violence, which is — it's just astonishing that we're having this conversation right now in 2020.

On how the public can be knowledgeable going into an election

Well, so first, you want to make choices that are informed choices, and you want to make sure you're relying on reputable sources of information. We live in information silos. We tend to see things on social media that already back what we believe. And so, you know, it’d be good to hear both sides. Make sure you’re registered to vote, and make sure that your registration is up-to-date and you're voting in the right place. And if you have the opportunity to vote early, I'm a big believer in early voting, because it gives a chance for both the voter and elected officials to deal with any potential complications. [...] But the biggest advice is, just like fine wine takes time to ferment, election results take time. So I would say, on election night, have a glass of wine, maybe listen to some music. Don't turn on cable news, and wait a few hours, because it's going to take a while. And if it's close, it might take days before we have results. And that does not mean that we have a failed election. That just means that we want to make sure that it's done right.