Where Hard Labor Creek State Park Got Its Name 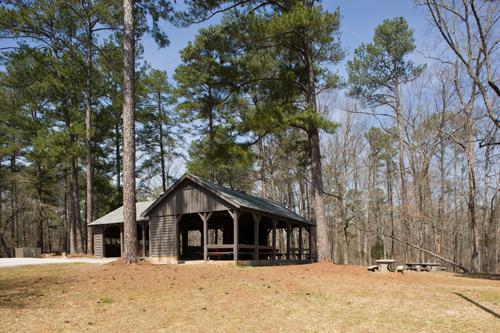 The state park where Gov. Brian Kemp set up Georgia's first isolation camp for COVID-19 patients is raising eyebrows for its strange name.

"Some say Hard Labor Creek got its name from slaves who tilled the cotton fields that once dominated this area," Moore said.

Others believe Native Americans gave the creek its name after finding it hard to cross during frequent floods.

The area became in 1934 one of ten recreational parks built in Georgia by the Civilian Conservation Corps as part of President Franklin D. Roosevelt's New Deal. The nearby Lake Brantley and Lake Rutledge were cleared and dams were built during this time as additional public works projects to help the support the weak economy.

In 1946, ownership of the land was given to the state of Georgia.

The first patient arrived at the camp voluntarily this week when they were not able to isolate themselves at home and didn't require additional hospital care.

Georgia Emergency Management and Homeland Security Director Homer Bryson said this site was specifically chosen for its isolation from the general public and ability to house mobile units in the short term.

"State public health staff will monitor the individual's progress and work together with state law enforcement to ensure the safety of the community and the patient," Bryson said.