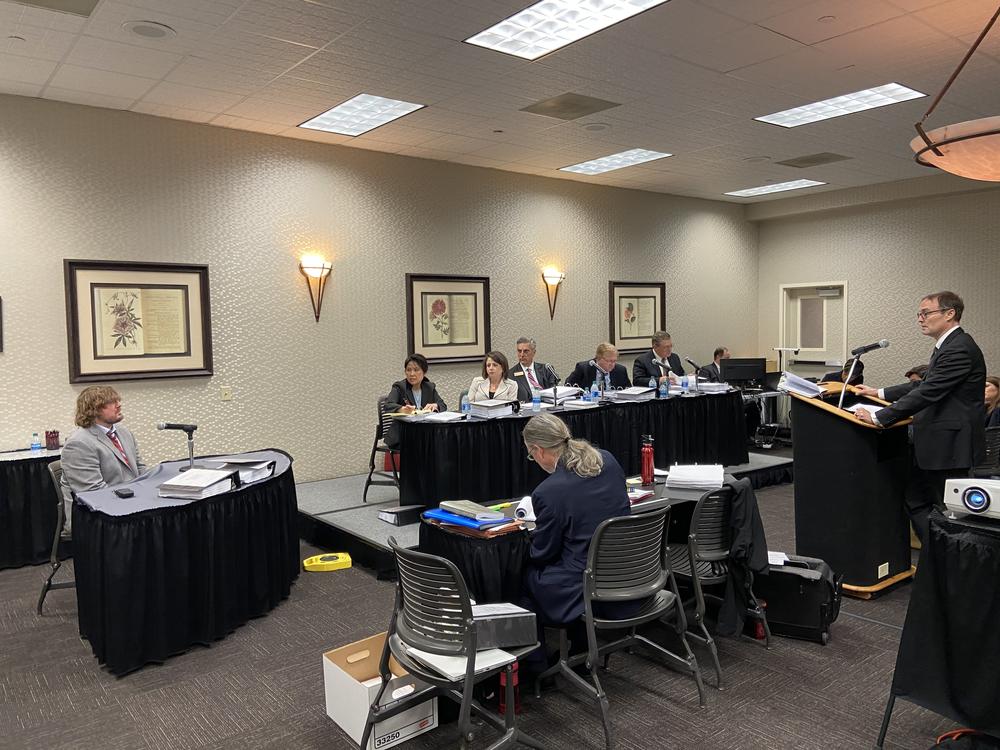 Athens-Clarke Board of Elections Chair Jesse Evans appears before the Georgia State Election Board.

After a marathon hearing in Athens Wednesday, the Georgia State Election Board has ordered Athens-Clarke County to cease using hand-marked paper ballots and return to using the ballot-marking devices or face further sanctions.

The five-member board, chaired by Republican Secretary of State Brad Raffensperger, also voted to impose a $2,500 fine to cover part of the costs of investigating the violations, plus a $5,000 a day fine if the switch is not made. Elections Director Charlotte Sosebee said her staff would make the change Thursday morning.

Last week, the Athens-Clarke elections board voted 3-2 to shelve the state-approved BMDs over concerns with privacy and ballot secrecy. The board said it was "impossible and impracticable" to use the large, bright touchscreen machines after asking staff to address concerns and provide diagrams showing  how machines would be laid out in polling places.

State law requires Georgia's 159 counties to use the same voting system, but also gives counties the discretion to use hand-marked paper ballots if voting on touchscreen electronic voting machines is "impossible and impracticable."

Bryan Sells, an attorney representing the Athens-Clarke board, said the decision to change voting methods two days into early voting for the March 24 presidential primary was merited.

"It was not a hasty decision, ballot secrecy was an issue that the board had asked about repeatedly for months and had asked staff to provide more than their assurances that ballot secrecy would be respected," he said. "The board did not receive those drawings, and given the information before it, it made what is clearly a reasonable decision."

But members of the SEB were not wholly convinced by the testimony, and rejected the board's claim that issues with ballot secrecy could only be remedied by a drastic measure like moving the county away from a uniform voting system required by law.

“I don’t think the Athens-Clarke County Board of Elections has actually been reasonable in dealing with its concerns," said David Worley, a Democratic member of the board. "From the facts that we have, there are reasonable concerns about ballot privacy and secrecy in some limited number of precincts, but to me, the appropriate way to deal with that is not to make a wholesale change as was done."

Guidance from the secretary of state's office suggests turning the touchscreens around to face the walls of a polling place instead of the center of the room.

At the March 3 board meeting, Sosebee and the Athens-Clarke County attorney advised the board that the decision would likely be challenged.

The day before the vote, Evans said he visited the early voting site and saw the arrangement of the BMDs contained several privacy violations.

He told the state panel that the concerns were not brought up in the moment because of previous conflict with the elections director.

"We already had tension with staff with this, we've had staff behaving towards us in very unprofessional ways with this topic, and I didn't feel comfortable addressing it in that moment," he said.

Another factor mentioned in the state election board's decision to find the county in violation of state law was an observation of "dysfunction" between the appointed five-member Athens-Clarke board and the officials hired to conduct elections.

“I don’t think I’m the only person to see this, but there’s a lot of dysfunction going on between the board and the staff,” SEB member Matt Mashburn said. "But the problem is not 'whose fault is it' or 'who didn't give me what I wanted,' it was 'do we have enough evidence to make a determination that it's impossible or impractical?"

According to the state election board, that answer was no. Raffensperger asked representatives of the board and the staff if they could work together to address the concerns about ballot secrecy together for the sake of voters.

"I would highly recommend that you work collegially as a team, because this is a very important year," he said. 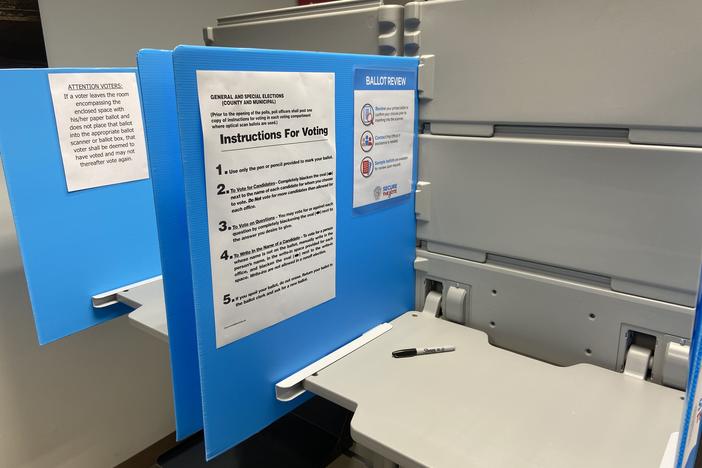 The Georgia State Election Board is holding an emergency hearing in Athens next week to determine whether Athens-Clarke County is violating several...