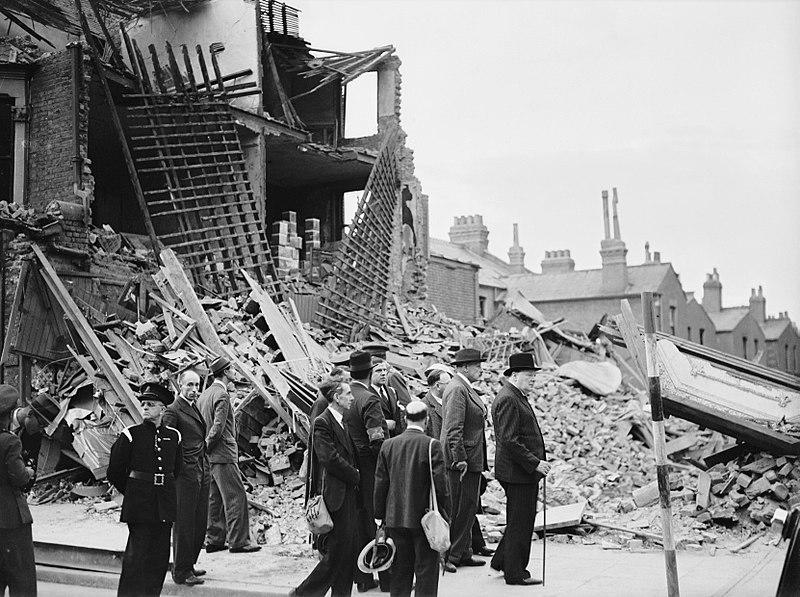 Caption
Winston Churchill visiting bomb-damaged areas of the East End of London, Sept. 8, 1940. Erik Larson's new book, 'The Splendid and the Vile,' dives into the details behind how Churchill guided the U.K. through the hardships of the London Blitz.

On May 10, 1940, Hitler invaded Holland and Belgium, and Winston Churchill was named Prime Minister of the United Kingdom. He addressed the House of Commons three days later, saying, “We have nothing to give but blood and sweat and tears and toil.”

Six weeks later, France fell. In a broadcast to the nation, Churchill warned the British of a likely Nazi invasion. From early September to the following May, German planes pummeled London and other cities from the air, almost nightly. Landmarks were pulverized, and some 29,000 died in London alone.

That Churchill galvanized resistance is well-known, but author Erik Larson combed through documents, diaries and previously unreleased intelligence to better understand how the nation survived.

His new book, The Splendid and the Vile, follows that fateful year when Churchill led Great Britain from the edge of the abyss.

On Second Thought host Virginia Prescott spoke with the best-selling author at the Carter Presidential Library at an event for A Cappella Books. Larson shared details from a trove of archival documents he used for his research, including many diaries from ordinary citizens.

Larson reflected that while there are many Churchill biographies on the shelves, he was personally inspired to dig into the story behind Churchill’s leadership during the London Blitz after 9/11. Larson was living in Seattle at the time, but later moved to New York City.

“When I got to New York, I suddenly realized in a very, very vivid, visceral way that the experience of 9/11 in New York City had been very, very different for people,” Larson reflected. “They heard the sirens. They saw the ash floating in the wind. They saw the smoke. But above all, there was a sense of violation of their home city. And I started thinking, how would anybody have survived what was, in essence, 57 consecutive 9/11’s, which is what happened during the Blitz in London?”

Larson also shared that over the course of his writing process, he came to believe Churchill was “one of the finest leaders in history.”

“Churchill was, I do believe on some level, simply fearless,” he said. “But he also recognized that, by conveying a sense of this to others, that this was emboldening them as well.”

On why Larson decided to write about Winston Churchill

You know, the book sort of happened to me. I mean, I did not go out looking for a way to write about Winston Churchill. I really did not. When I got to New York, I suddenly realized in a very, very vivid, visceral way that the experience of 9/11 in New York City had been very, very different for people. They heard the sirens. They saw the ash floating in the wind. They saw the smoke. But above all, there was this sense of violation of their home city. I knew a little bit about the Blitz from past interests. And I started thinking, how would anybody have survived what was, in essence, 57 consecutive 9/11’s? How do you survive 57 nights of bombing, which is what happened during the Blitz in London and another six months of intensifying raids after that? How do you actually go about enduring that kind of assault? So I started thinking, well, you know, maybe I'll write about it. It seemed like an interesting subject to explore for a book. So maybe I'll write about a family, a typical family in London. And then one thing led to another. And I thought, well, why not write about the quintessential family in London, Winston Churchill and his family, and sort of see how they actually went about the day-to-day process of living through this event? And I even came up with a way to think about it as I was thinking, yeah, this is going to be like “Downton on Downing,” you know? So that's how I came to it.

On how Winston Churchill inspired the British public to be fearless

Churchill was responsible for why London ultimately got bombed because Churchill would just, he would not give in. And Hitler actually for the first, probably from May 1940 through July, August, Hitler really did want to try to bring Britain to the peace table because he had plans. He wanted to begin his eastern campaign against the Russians, and he did not want to have this other enemy behind him as a rearguard force. He was trying to neutralize that in the best way. [...] Churchill was not, not having it. And Churchill being Churchill, he was able to actually to embolden the British public in a lot of very interesting ways. What he did was he taught the British the art of being fearless. I think it was a learned thing, and he taught them how to do that. And that really ticked off Hitler.

The war begins. Hundreds of these diarists continued to keep their diaries. And this becomes this incredible trove of very detailed information about the daily experience of citizens during the war.

My favorite of these was by a young woman named Olivia Cockett, whom I adore. She was having an affair with a married man. She was a clerk with Scotland Yard, having an affair with a married man. And you know that their lives together during this period were just absolutely fraught. When you think about dating in a circumstance where bombs are falling, I mean, you know, it was just a sort of an incredible experience. And then what happened, though was, I love this part especially, was that she found herself becoming emboldened, paradoxically. I mean, the bombs are falling and, you know, you could, you could cower and whatever, but she's like, she was not having this. [...] One day, when an incendiary, these were not high explosive bombs; they were what were typically the preamble. These were devices that would land and set fire to things. They were incendiary bombs. One of these land outside her house in the backyard. And she put out the incendiary herself. She put this thing out and that so emboldened her. After that, she was like, yeah, and nothing, nothing, super terrified her.

On how Larson chose the title of his book

I'll explain where that came from easily. One of the key characters in the book is a fellow named John Colville. He's one of one of Churchill's private secretaries. And he kept this diary, a day-to-day diary. This was a wonderful diary. It was written beautifully. And Colville was an acute observer of Churchill, of his family, all kinds of inside gossip and so forth. One night during a particularly severe raid, Colville is in a bedroom and is looking out the window watching this raid unfold. And Colville just found it absolutely spectacular, just spectacular. And he called it an incredible juxtaposition of splendor and human violence. And as soon as I read that entry in the diary, I thought, that's my title, “The Splendid and the Vile.”

On what Larson thought about Winston Churchill after his research

I really found him to be a very, very potent leader. He's sort of a reminder of how one goes about that. And that's a big part of the book, is how he was acutely aware of the power of symbolic acts. [...] Like visiting bombed out areas when raids occurred. Churchill, more often than not, would climb to the nearest rooftop and watch. And he made sure people knew. He would drag his staff [...] up to the rooftop with him as these raids were occurring. [...] Churchill was, I do believe on some level, simply fearless. But he also recognized that by conveying a sense of this to others, that this was emboldening them as well. 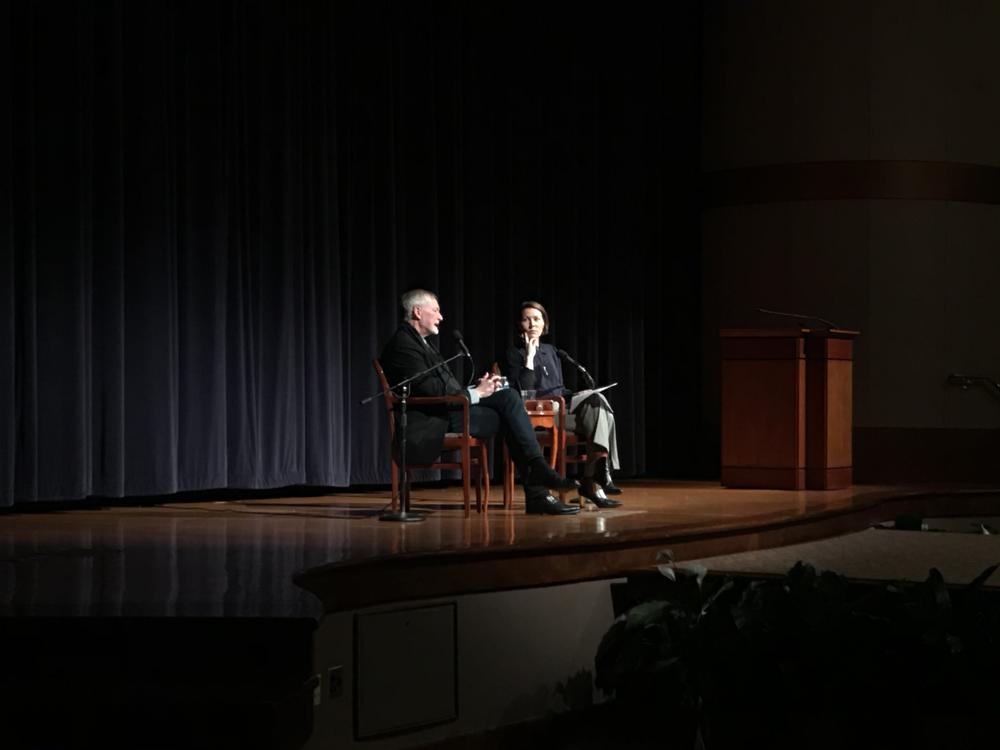