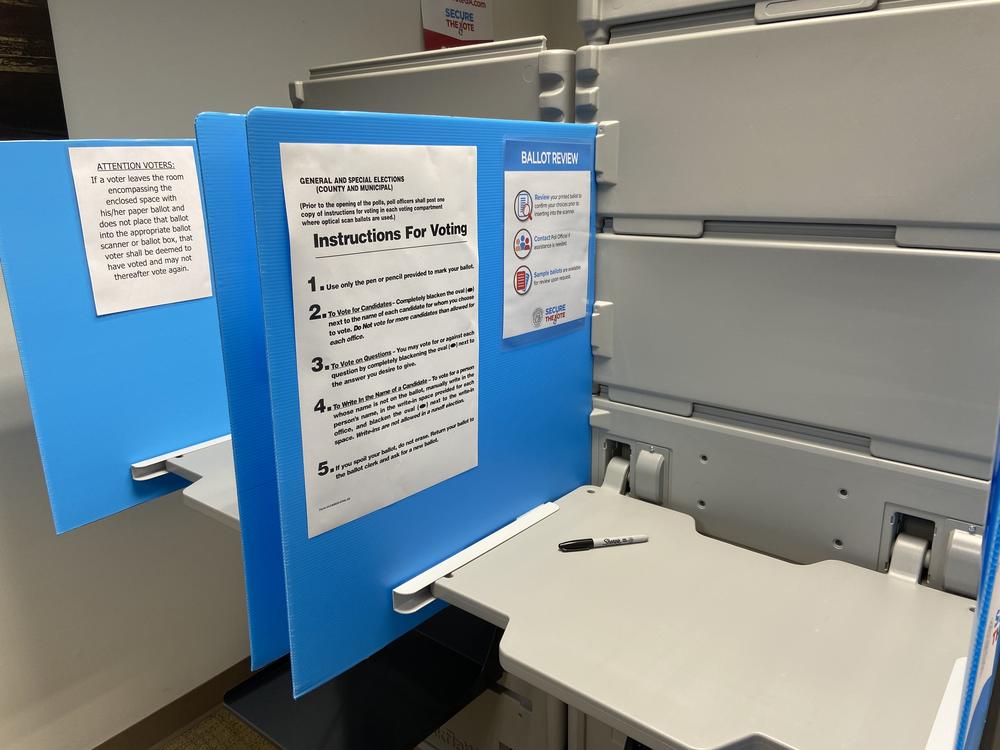 A voting booth is equipped with a Sharpie and instructions to use hand-marked paper ballots on March 24.

The Athens-Clarke County Board of Elections is now conducting its presidential primary election on hand-marked paper ballots instead of ballot-marking devices, citing ballot privacy concerns and breaking rank from a state law requiring uniform voting systems.

The five-member board voted 3-2 to make the switch away from electronic voting citing a provision of state law that says an election may be conducted by paper ballot if the use of the machines “is impossible or impracticable.”

The Georgia State Constitution also said, “Elections by the people shall be by secret ballot and shall be conducted in accordance with procedures provided by law.”

But one of those state laws, §21-2-300, says that “the equipment used for casting and counting votes in county, state, and federal elections shall be the same in each county in this state and shall be provided to each county by the state, as determined by the Secretary of State.”

Activist groups have tried to encourage counties to switch to hand-marked paper ballots over the electronic voting machines at election board meetings and the courts. They argue the large, bright touchscreens make it easy for observers, poll workers and other voters to see who people vote for.

A Sumter County Superior Court judge recently denied an emergency request to conduct a special election in that county using hand-marked paper ballots, writing that the plaintiffs had not proven it would be “impossible or impracticable” for officials to position the electronic machines in a way that protects ballot secrecy and allows poll workers to monitor voting.

At the Tuesday meeting, board chair Jesse Evans cited that court ruling as evidence the board needed to take action and make the change.

“We did our best as the board to give the staff an opportunity to give us the information needed so we’re confident in ballot secrecy being protected,” Evans said. “In my opinion, again, it is impossible and impractical to actually protect ballot secrecy.”

The elections board acts as the election superintendent and the decision-maker surrounding election issues, and the staff are the ones that implement them.

Charlotte Sosebee, the county’s elections director, said Wednesday morning the voting experience would still use part of the state’s new $104 million system that has a large, bright touchscreen and a printer that creates a paper ballot with a QR code.

“We will be issuing paper ballots that the voter will mark by hand versus the ballot-marking devices,” she said. “Then they will proceed to the booths where they will find a Sharpie pen, color in the circle of the person of their choice and then the ballot is scanned with the optical scanner as it was previously.”

Sosebee said Athens-Clarke has ordered enough paper ballots for every active registered voter in the county to have one, plus extras. More than 500 people voted in person on the new BMDs during the first two days of early voting.

A county attorney advised the board that the decision would likely be challenged, either by a voter or the secretary of state’s office, arguing that the Sumter County case indicated the threshold of “impossible and impracticable” might be too high for the county to meet.

“The decision that the board makes today, I will counsel, will most likely be subject to  challenge either by a member of the voting public, or the secretary of state itself, or the state board of elections,” he said. “So the board is fully aware that is what their election director has advised.

The secretary of state’s office has not yet responded to requests for comment. 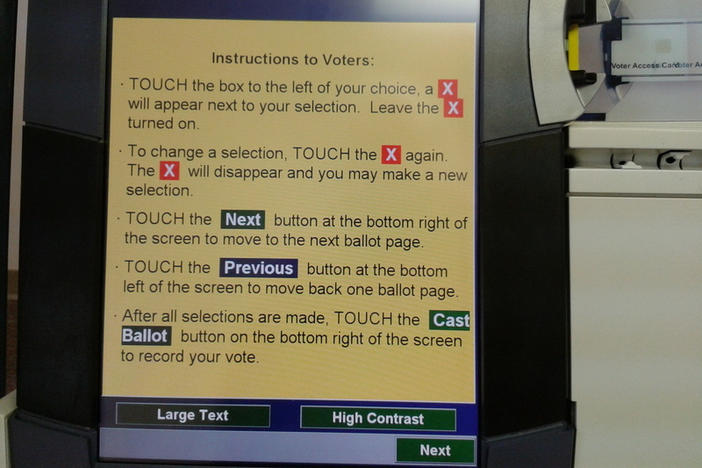 As early voting kicks off for the March 24 presidential primary this week, county elections officials are anticipating higher-than-average turnout from...

Just before lunchtime in the Henry County Board of Elections office, a stream of workers filled into a back room to practice the election process from...