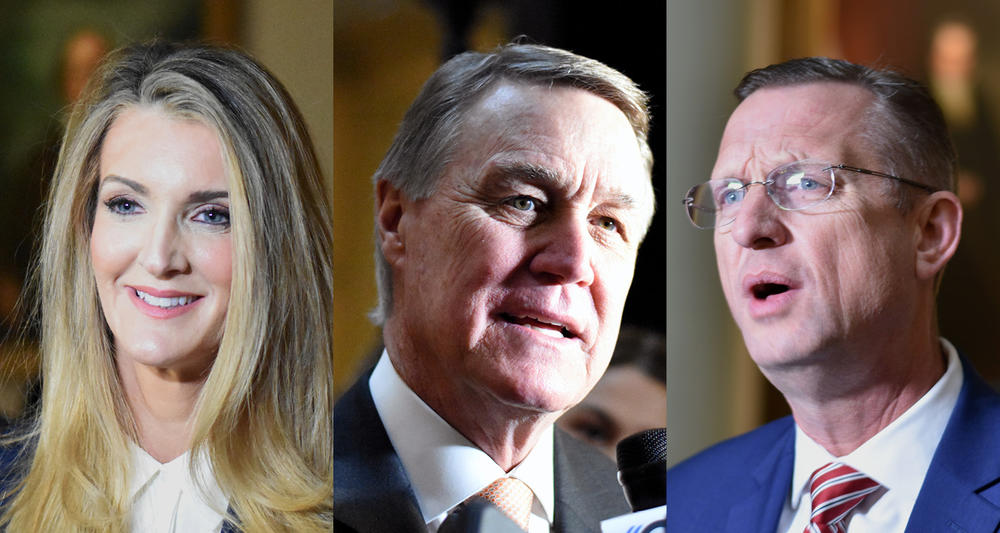 It’s qualifying week at the Georgia State Capitol, which means hundreds of candidates will submit paperwork to run for all 236 state legislative seats, Georgia’s 14 U.S. House seats and both U.S. Senate seats.

In a preview of the acrimonious special election for the seat currently held by Republican Sen. Kelly Loeffler, Rep. Doug Collins (R-Gainesville) qualified first thing Monday morning and grabbed reporters’ attention a few minutes before (and few feet away from) a planned press conference with Loeffler and Gov. Brian Kemp.

“Georgia knows who the conservative is in this race, they’ve been watching what we’ve done for Georgia,” he said. “Today begins a new day, I say bring it on.”

Collins also pointed out that Republicans had a crowded primary for the 2018 governor’s race that still resulted in a Republican getting elected.

Loeffler, who told GPB News last week she was focused on running a positive campaign and showing Georgians why they should vote for her, said after she qualified that she was not worried about a fractured GOP.

“I’m working on uniting Republicans so that we win,” she said. “This state should not be at risk, I will not let it be at risk.”

The special election’s format will pit Collins, Loeffler and a handful of Democrats on the same ballot in November, without a partisan primary. If no candidate wins 50% outright, the top two vote-getters regardless of party will advance to a January runoff.

“Georgia Republicans are facing a no-win scenario as they head into qualifying, saddled with a toxic and out-of-touch agenda while two of their candidates are locked in a multimillion-dollar slugfest,” he said. “While Republicans fight over who can appeal most to a narrow base, Georgia Democrats are ready to focus on the issues that matter to Georgia families.”

“Six years ago, I stood right here and said, ‘Look, Washington is broken,’” he said. “I did not see Donald Trump coming, but thank God, God sent him!”

On the Democratic side, at least three top candidates will duke it out for the nomination in a May primary.

“We have inherited a legacy built on 2016 when Donald Trump barely won a majority of the votes in this state,” she said. “And [it is] built on 2018 when Stacey Abrams took us within a gnat’s eyelash of being the first African American woman governor in the United States of America!”

Tomlinson is up against investigative filmmaker Jon Ossoff and car-hauling executive Sarah Riggs Amico, both of whom ran for higher office and narrowly lost. Retired Air Force veteran James Knox also submitted paperwork and paid the qualifying fee to enter the Democratic primary.

Qualifying ends this Friday. You can see a list of all qualified candidates here. 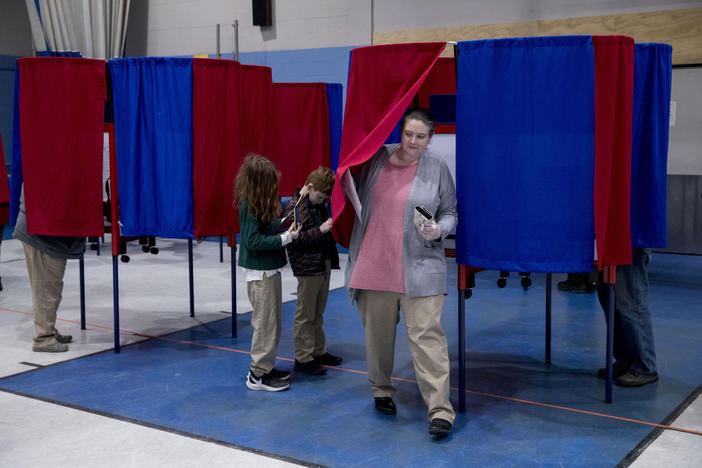