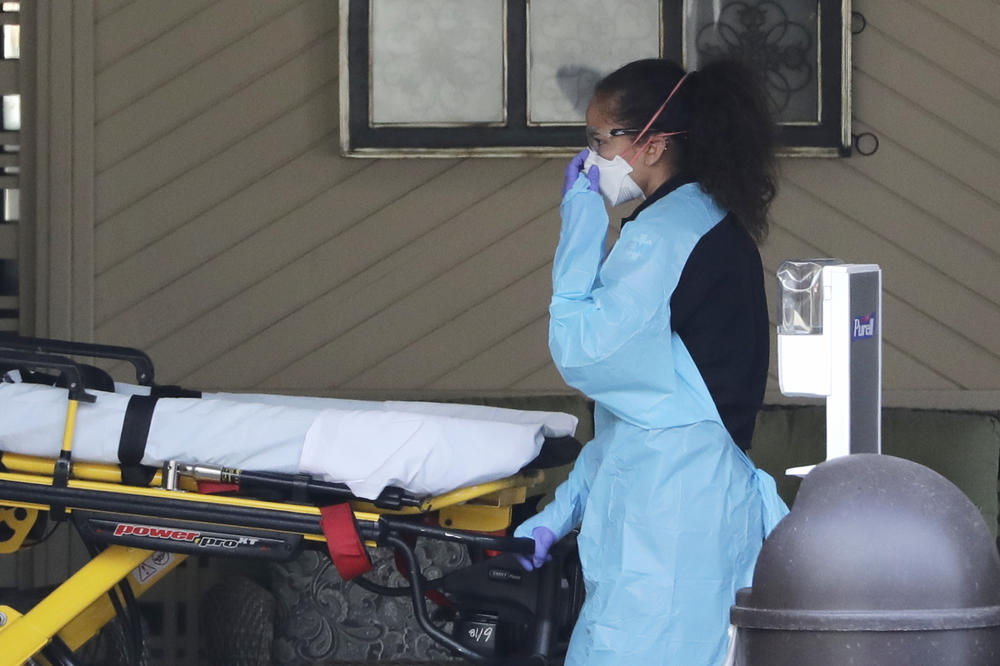 Caption
An ambulance worker adjusts her protective mask as she wheels a stretcher into a nursing facility where more than 50 people are sick and being tested for the COVID-19 virus, Saturday, Feb. 29, 2020, in Kirkland, Wash.

A local medical mask manufacturer and distributor has stepped up production due to the coronavirus outbreak around the world.

Montreal-based medical supply company Medicom’s Augusta factory has nearly doubled its number of employees since early cases of COVID-19 were reported in China. The company was founded in 1988, after gloves became scarce due to HIV concerns, Medicom North America President Guillaume Laverdure said.

“The demand is typically served 80% by China,” he said. “That has now to be served by other countries’ manufacturing facilities.”

The Augusta facility went from 70 to 100 employees in a month's time. The factory also extended its hours of operation.

“We decided to move to three shifts per day and moving to seven days a week as much as we can,” he said. “It's pending, of course, on the recruitment of new employees, training of new employees, as well as securing our raw material supply, which is also a challenge.”

Laverdure said the company does not condone price-gouging, however the cost of manufacturing masks has gone up.

“We’re not playing that game of speculation or price escalation or anything like that,” Laverdure said. “We’re not participating in the craziness of the market.”

Even at the Augusta plant, Medicom said they have plans in case a coronavirus outbreak in Georgia affects local production. There have been no cases of coronavirus confirmed in Georgia as of 1 p.m. Monday.

“The CDC is providing us guidance,” Laverdure said. “We're preparing for situations where some people would not be able to come to work.”

Atlanta Mayor Keisha Lance Bottoms is taking up New York Gov. Andrew Cuomo on his offer to send a team to conduct testing and contact tracing of people...

Atlanta Mayor Keisha Lance Bottoms is set to roll back the city's reopening plan back to phase one as COVID-19 continues to spread across the state, a...