Town With Coal Ash In Their Water Treks To Capitol 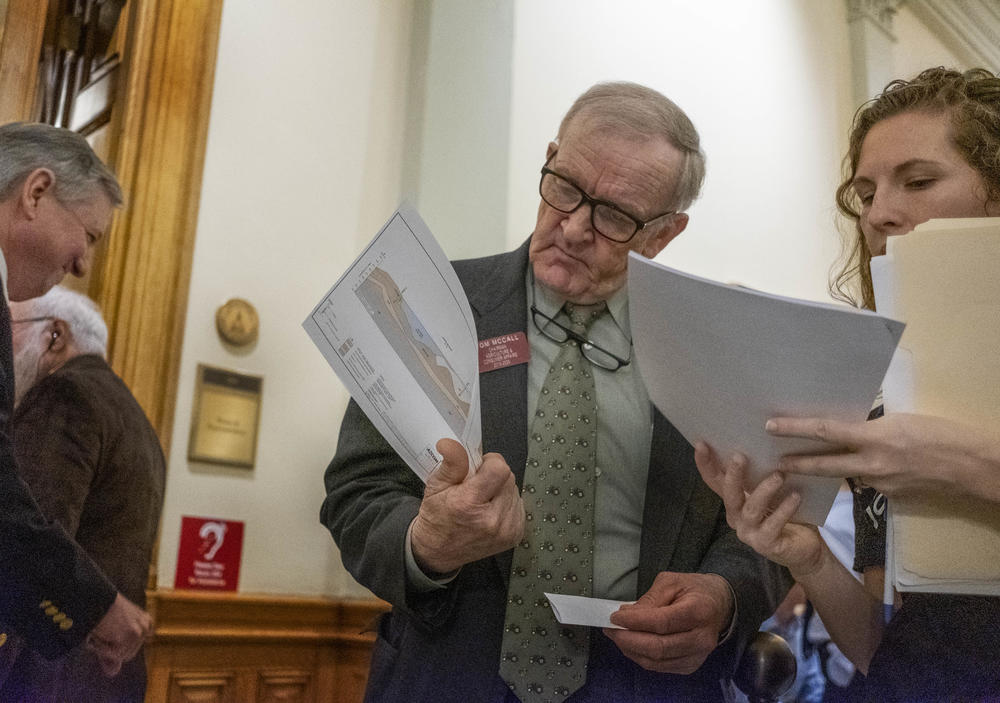 Caption
Amber Joyner (R) talks with Tom McCall (R-Elberton) during a lobbying day at the Capitol by the people of Juliette in Monroe County.

Residents of the town of Juliette worried about coal ash from Georgia Power’s Plant Scherer in their drinking water traveled to the capitol Monday to press lawmakers on a pair of coal ash bills.

They wore matching T-shirts reading “Save Juliette,” made the 80-plus mile trek on charter buses and worked the rope line outside the house chambers,  hoping to speak representatives from around the state to press for passage of bills that would mandate coal ash be stored away from groundwater.

The trip came after many residents began receiving the results of tests of their well water by the Altamaha Riverkeeper, results in which most residents found their water was contaminated by heavy metals. Not long after, the Georgia Emergency Management Agency helped secure three tanks containing thousands of gallons of potable water for residents, though GEMA is adamant that the tanks don't belong to the state and that they only helped Monroe County borrow from another county.

The lobbying day also coincided with the passage in the Senate of a Republican backed bill upping the cost for disposal of coal ash in solid waste landfills, an effort aimed at stemming the importation of coal ash from utilities in neighboring states.

Amber Joyner was among residents who decided to lobby representatives. She recently found that the well water in the home where she and her husband are raising four daughters has levels of a toxin called hexavalent chromium above the levels considered safe by the state of California.

“I just wanted to see if I could encourage to support House Bill 756,” Joyner began.

“The coal ash bill,” McCall responded with a nod.

“Yes, sir,” Joyner said. “I live about a mile from the plant and our well results have come back with hexavalent chromium, vanadium and some other heavy metals.”

McCall then asked if Georgia Power had offered to run water from a utility to the Joyner home.  She told him they had not, then asked him again where he stood on the HB 756. He nodded in support, even if he said that a family death for a member of the Natural Resources Committee meant the bill would be held up from making it to the house floor for at least a few days.

Joyner was pleased with the exchange, if surprised that McCall hadn’t already known coal ash is partially submerged in the aquifer that supplies Joyner’s well and the wells of her neighbors in Juliette.

“With my family, with my four little girls, I want the safest closure method possible,” Joyner said. Georgia Power currently plans on sealing the Plant Scherer ash pond above ground and leaving the coal ash as is under ground.

After the lobbying effort, the group held a press conference and then went en masse to Gov. Brian Kemp’s office to present him with a petition with over 2,000 signatures demanding some action to provide their community with clean drinking water. Gini Seitz was blunt. Her daughter has had a rare cancer she wonders isn't related to coal ash toxins.

“How many people in here voted for Brian Kemp and are Republican?” she asked

"How many people will convert to Democrat if we don’t get some help?”

About half the hands stayed up. Some nervous hands were half raised.

Neither the senate nor the house bill around coal ash storage and groundwater have yet made it out of their committees. 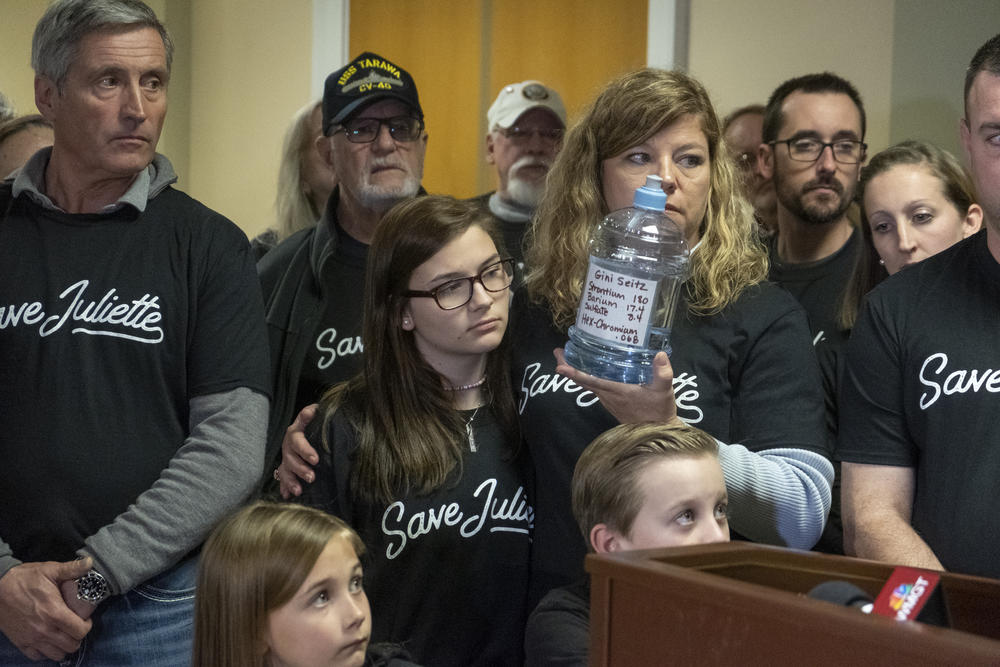 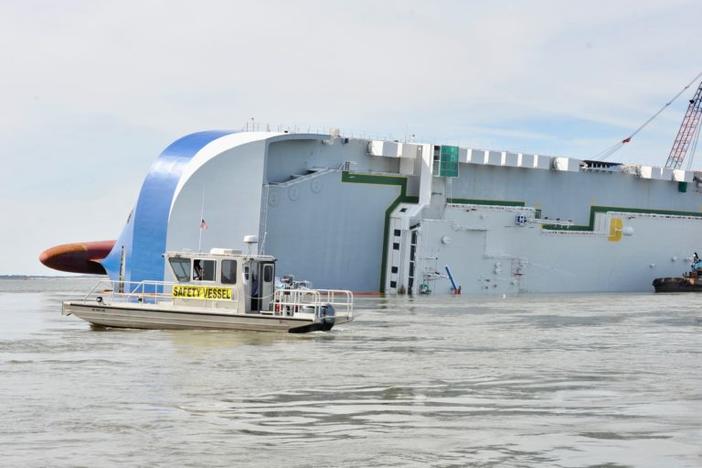 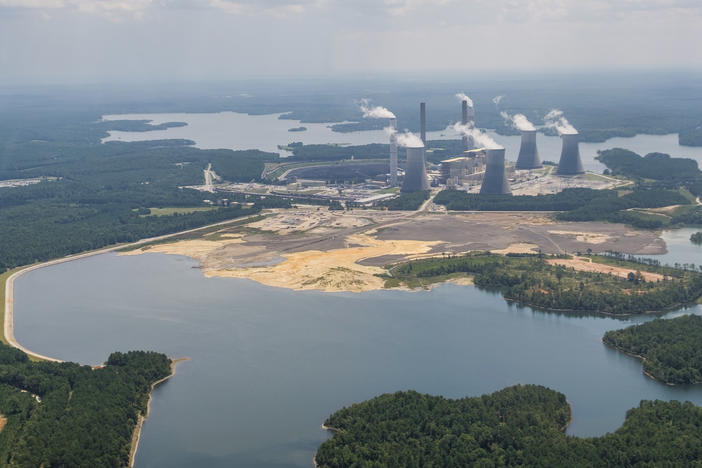