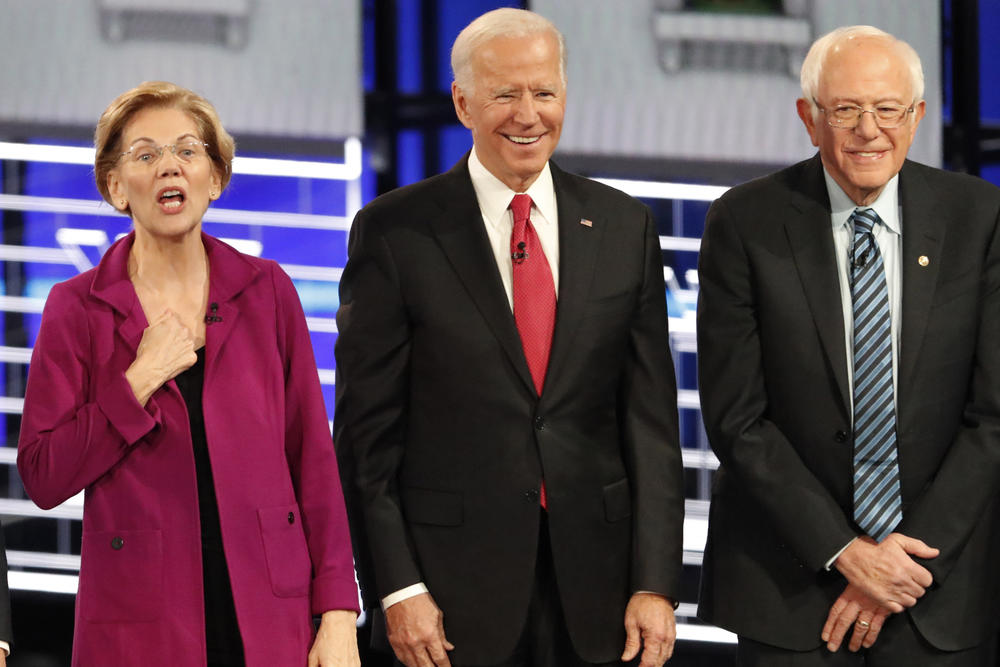 Wednesday on Political Rewind, the Democratic National Committee announced it has added Georgia to a list of targeted battleground states the party will look to claim in this year’s elections.

Next door, South Carolina saw presidential primary debate in Charleston. It was a fierce, messy affair among Democratic candidates, who often spoke over one another as they jostled for position in the lead-up to Saturday’s crucial primary in that state.

And, on a different stage in South Carolina last night was Georgia’s Attorney General Chris Carr, who joined the top law enforcement officials of Arkansas and South Carolina at an event where they criticized the “lawless liberal agenda” of Democratic party presidential front-runners.

On The National Democratic Organization shifting focus to Georgia:

Bill Nigut: Greg Bluestein, one of the stories that you got out of Charleston is an important story for Georgia. You did an interview with Tom Perez, the chairman of the Democratic National Committee, and he gave you what I think people would consider to be big news. What did he say?

Greg Bluestein: Yes, he said that Georgia is going to be one of the DNC top battleground priorities for 2020, which means an infusion of more cash and resources in Georgia for Democrats. They are going to be opening more offices in Georgia. They're going to be hiring additional field organizers. And it's a sign that they feel like they can expand the political map to include red states like Georgia and Texas, in addition to Ohio, which is also on your list.

Nigut: He also said something to you that I thought was interesting. He said that in the past they've approached Georgia, and I think a few other states as well, as sprints, not marathons. Meaning the DNC would jump in at the last minute and get involved in races. But this time he's saying, we're in it for the long haul, right?

Bluestein: Yes, I mean, that's exactly what Georgia Democrats have been complaining about for years. That national organizers get to Georgia in the summer before an election and start ramping up; that's the sprint that he's talking about.

He's at least saying now that they will get to Georgia in March. Look, to many Democrats it is still too late. Stacey Abrams last year sent that memo saying that it would be malpractice for National Party operatives to ignore Georgia. [Abrams] was encouraging them to get the groundwork done as soon as possible.

But it's welcome news for Democrats that the national party is focusing on Georgians. It's hard to see how they couldn't with two Senate races, with competitive House races and with polls showing a very tight contest with President Trump.

On the turmoil in the Democratic party:

Bill Nigut:  So, we haven't talked about Amy Klobuchar really on this program today. You know, if the polling is right, she's going to have a very tough day on Saturday when South Carolina votes.

So, Kyle [Hayes], if you're a Republican watching that debate last night, if you're Donald Trump flying back from India, looking at edit on Air Force One, I think you feel like Democrats are doing exactly what Amy Klobuchar suggested they're doing.

Kyle Hayes: Well, I mean, the interesting thing is Amy Klobuchar is actually doing exactly what she's suggested Democrats are doing. Various candidates have made this point at different points in time and then they go back to sniping each other and trying to position themselves to be the alternatives to Bernie Sanders.

That is the problem for Democrats right now, that it's really not in any candidate's self-interest to leave the race, but it's in the interests of the party to try to consolidate this to one or two choices.

Nigut: Greg, I want to give you 20 seconds or so to kind of sum up what last night meant to you and what you think it means to people of Georgia.

Bluestein: Well, the obvious headline is that Democrats are trying to slow the ascent of Bernie Sanders, but what I also thought was very interesting was Joe Biden in his competence and his assertiveness and his vow that he will win South Carolina on Saturday. And with representative [Jim] Clyburn's endorsement just now ... it's hard to see him losing that.