Political Rewind: What Does Bernie Sanders' Success Mean For Georgia? 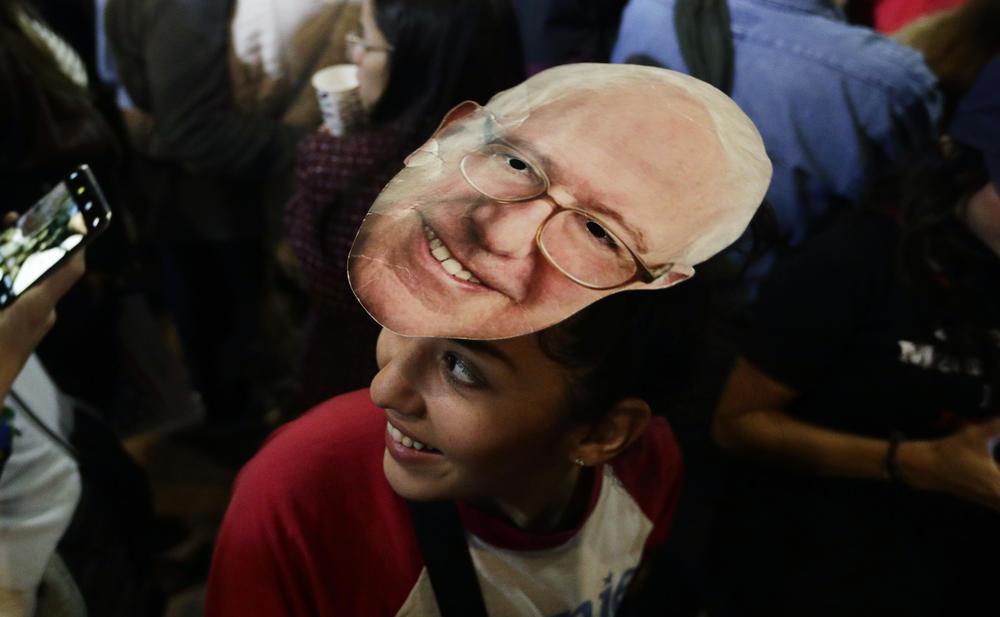 Monday on Political Rewind, the Democratic race for president is now playing out on Georgia’s northeast border. Democrats in South Carolina go to the polls next Saturday in a state the former Vice President Joe Biden has long called his firewall.

But Sen. Bernie Sanders, who has momentum after a series of victories, is rapidly closing on Biden in recent polling.

But first, we performed a post-mortem review of the caucus in Nevada and what results means for primary races in the future as Super Tuesday grows closer.

(Our livestream for today's show does not have video because of technical difficulties. You can still listen to the show here, or find us where ever you get your podcasts.)

On results from Nevada:

Bill Nigut: Let's talk, first of all, about where we stand with Nevada.

We do not have final returns from a caucus state even though it's two days later. To the best of my knowledge, the numbers that were updated about an hour ago have 96% of the caucus votes reported.

A resounding victory for Bernie Sanders.

Jim Galloway: And that's what makes this thing easier. It just a little bit easier to digest than Iowa. Because we know that Bernie won and he won big. Whether you won with 40 or 47%, it really does matter. Biden did okay, but not terrific. I think if you add the percentages of both Biden, Buttigieg and Warren altogether, they don't match Bernie Sanders.

This is a bandwagon. And you can bet that Democrats in Georgia are looking at it and not all of them are happy.

Nigut: We should point out that in the first round and second round, both Sanders and Biden picked up voters. So, they were second choice for any number of people.

In Sanders' case, he was at about 34% after the first vote and actually went up to 40-plus percent in the second vote. He picked up 6%.

Biden didn't go up all that much. He went from 18 to 19%. So [for] Sanders, it's fascinating to think about how much he is a favorite even as a second choice for so many people out there.

Amy Steigerwalt Definitely. I mean, the Nevada results are really very clear. Sanders blew it away and really, in almost all categories, was also the person who won. I mean, he even did really well with those who self-identified as moderate and conservative. It wasn't just that he won very liberal voters.

The other side of it, though, is that we're still only at about 100 plus delegates that have gone out. You need almost 2000 [delegates] to win.

So, it's still really early but it certainly creates a very helpful narrative for [Sanders] to go on that he is clearly the winner. It doesn't matter what kind of recount is done.

Nigut: So, let's park what we think is going to happen down the line and focus on what we know happened this past week and how it might inform what we see in South Carolina. Alan, Amy said it. Sanders won white voters by a considerable margin, 10 points over Pete Buttigieg, who was second. [Sanders] came within 10 or 11 points of Joe Biden with African Americans. And then he killed it with Hispanic voters winning 51% of the vote. What does all this tell us?

Abramowitz: It tells us that Sanders is clearly the front-runner right now for the nomination, despite the fact that the total number of delegates who have actually been chosen is tiny.

But the other thing to keep in mind here, that maybe qualifies his victory just a little bit, is that this is a caucus state and the overall voter turnout here, even though it was higher than four years ago, it's still very small. We're looking at an electorate here that, first of all, is a very, very liberal electorate. If you look at these Nevada caucus attenders, over 60% describe themselves as liberal, only about 30% as moderate. That's not representative of the Democratic electorate nationwide, probably even in Nevada. So that skews the results somewhat toward Sanders.

On African-American turn out for the Sanders' campaign:

Bill Nigut: Andra, what is your take on the African American turnout for Bernie Sanders.

Andra Gillespie: I'm not actually surprised by it. You know, one of the things that we can't get, just because the data isn't granular enough, is what the generational split is. I expect younger African Americans to break for Bernie Sanders as opposed to Joe Biden. Joe Biden, you know, he's old. He's got issues with the crime bill.

I think, one, because Biden is more of a known quantity this time, but also Tom Steyer is playing spoiler in a way that is really actually going to undercut any of the moderates to be able to coalesce and consolidate. And so everybody is going to at least try to buy their time until Mike Bloomberg comes in the race so we can figure out, OK, who is the real moderate in the lane.