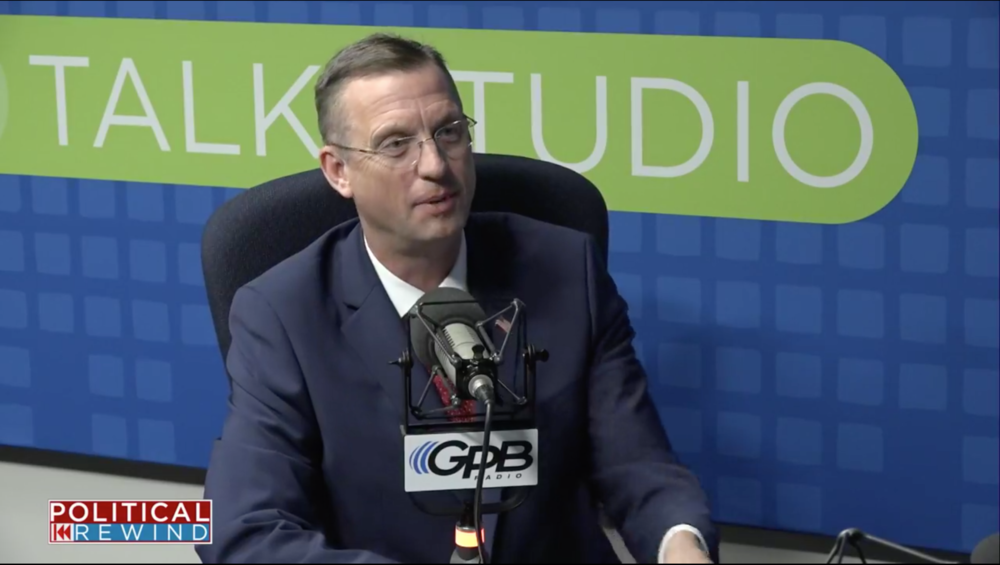 Rep. Doug Collins (R-Gainesville) told GPB's Political Rewind he would not leave the U.S. Senate special election race for a presidential appointment if offered one.

Georgia Congressman Doug Collins (R-Gainesville) has doubled down on his run for a U.S. Senate special election against fellow Republican Sen. Kelly Loeffler, even as President Donald Trump floated his name as the potential permanent director of national intelligence.

The president told reporters Thursday aboard Air Force One that he was considering Collins, the ranking member of the House Judiciary Committee, as a candidate to head the nation’s intelligence community. Trump named U.S. Ambassador to Germany Richard Grenell acting Director of National Intelligence Thursday and said he would seek a permanent replacement in the next few weeks.

But, hours before Trump’s remarks, Collins told GPB’s Political Rewind he would not leave the race for any sort of presidential posting.

“No matter what happens in the future, we’re in this race,” he said. “I’ll be back here February next year, and I’m going to come back as senator ... but if I’m not, I’m going to be that congressman from Gainesville that fought for the president.”

In a television interview with Fox Business Network Friday morning, Collins reiterated his goal was to be Georgia’s next senator.

“This is not a job that interests me at this time; it's not one that I would accept because I'm running a Senate race down here in Georgia," he said. “Everybody knows that I’m a supporter of the president … I’m running against a senator who was newly appointed who decided to support the president three weeks before she got the appointment.”

Loeffler, a political newcomer and Republican megadonor who supported then-presidential candidate Mitt Romney, was tapped to fill the seat vacated by Sen. Johnny Isakson at the end of 2019.

Gov. Brian Kemp, Lt. Gov. Geoff Duncan and the National Republican Senatorial Committee all back Loeffler, seen as a key figure in regaining support among suburban women in a pivotal 2020 election.

Collins’ explosive entry into the race sets up a protracted intraparty fracas that won’t be solved until November at the earliest.

The rules around this special election do not call for partisan primaries, but rather a “jungle” primary that sees every qualified candidate appear on the same ballot. If no candidate secures a majority the top two vote-getters, regardless of party, advance to a January runoff that could help decide control of the Senate. The winner would finish out the rest of Isakson's term and next appear on the ballot in 2022.

While Loeffler faces dually daunting tasks of familiarizing herself with the business of the Senate and with Georgia voters, Collins has been on the offensive, pushing out videos attacking the Atlanta businesswoman on everything from a purchase of a private jet to her past financial support of Romney's presidential run.