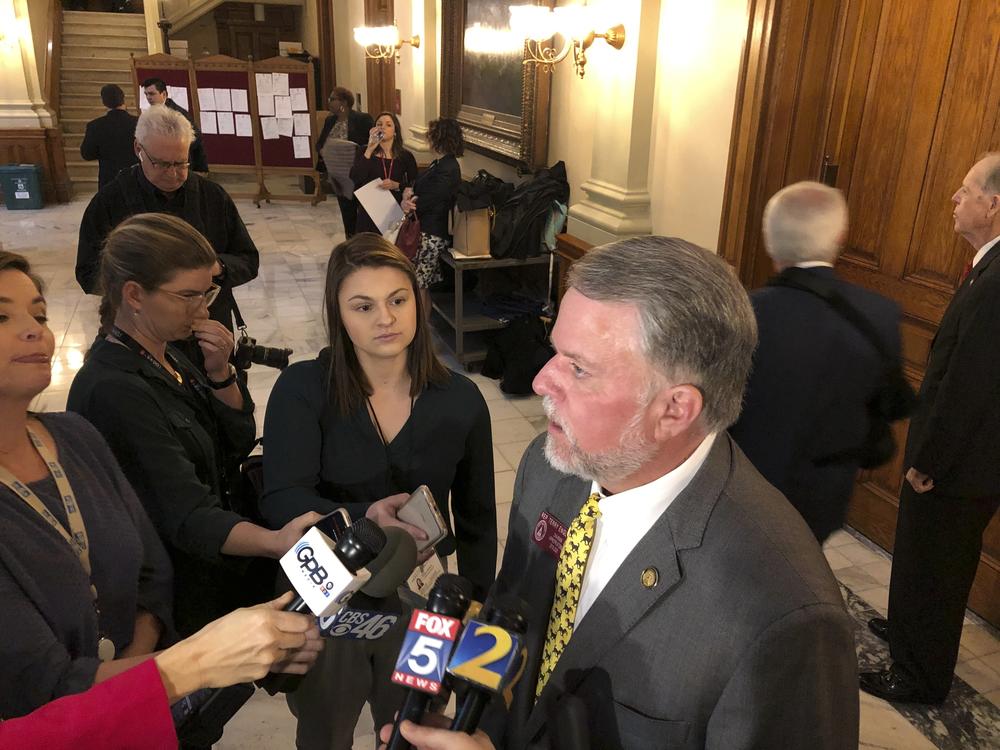 Thursday on Political Rewind, the Georgia House voted yesterday on a midyear budget differing significantly from the proposal submitted by Gov. Brian Kemp.

The altered budget, passed by a 126-to-46 vote, maintains funding for services that state representatives deemed too important to cut, including funds for food inspectors in the Department of Agriculture, accountability courts and mental health services.

What do we see happening next in this budget battle?

Now that the Senate has an opportunity to take a crack at the budget, what can we expect?

On the midyear budget passed by the House Wednesday that restores some of the some of Gov. Brian Kemp's proposed cuts

Guest Host Donna Lowry: I want to get your thoughts on the cuts that were restored that the governor had wanted.

Taifa Smith Butler: I think it was fascinating to see this competing priorities conversation, especially in the last couple of years where we've made slow investments since the recession to improve behavioral health and children's mental health and make those investments. So, we appreciated the sort of lessening of the cuts for behavioral health, for public health. We all know that county infrastructure is sometimes the only game in town to provide health care for Georgians. So, we were pleased to see that.

But I really want to make sure we understand the broader context of how we got here.

So, I just want us to be clear, because I think the big narrative [Atlanta Journal-Constitution reporter] James [Salzer] and I were talking about this morning about Hurricane Michael and its impact in 2018. But, you know, early 2018 we passed legislation to cut the income tax, which is 51% of our budget, right?

And so that cut, in addition to increased spending to improve teacher salaries, has created the situation we're in: cutting the income tax, upward pressure on some of the investments that we want to make in terms of paying people. And also, here came [Hurricane] Michael. I think those three things have created sort of this scenario of the cuts.

Donna Lowry: So, Senator Jones, I want to get your comments on what you've heard. So, we're hearing we're hearing more of a push toward that and less of the state income tax cut from a few years ago.

Harold Jones: Well, those are things that obviously can happen; we have a hurricane or something of that nature. But the key thing is - was the income tax cut... because when you start placing holes in the budget of that way, we have to understand that we actually have to pay for services. We always talk about being number one state for business, and that is a good thing. But business also relies on paying for services. It relies on education; it relies on good roads. It relies on good infrastructure.

So those are things that we also have to be adamant about also paying for. So, one of the concerning things about yesterday was not only saying that the main concern may be Hurricane Michael, but also some of the talk about continuing to cut taxes again. That also is very concerning.

Taifa Butler: Yeah, the math does not work at the end of the day. With the first cut, we lost $550 million dollars, at the base, in addition to increasing teacher salaries and improving state employee salaries. So that base is new, and that base has to be sustained.

And then to come back now and consider an additional cut, which are based on our calculations, could be upwards of $615 million of eroding of the base.

I think in Georgia we have to decide the state that we want to be. Right now, we're 50th when it comes to spending per person since the recession. So our budget has not grown. We are 48th in the country when it comes to state spending and taxes per person. So we are a low tax state. We are not investing. And we talk about wanting to improve rural infrastructure and all of these things, but we're not we're not willing to pay for it. And to consider another tax cut at this moment in time, when the first income tax has already shown us that we have created a slowing in our economy, to do it again, I think would be a failure.

Donna Lowry: Representative Belton, I know you were a part of all of this last week.

Dave Belton: Sure. Well, obviously we cannot do the teacher pay raise and the income tax and the taxes cuts. We can't do all three of those. So, we've got to do some kind of compromise.

But when you say that you're 50th in the nation and cut spending per person, that's a good thing. That means we're a lean government. I'd rather have the money in the taxpayer's pocket than in the government's pocket. So, I like talking about that.

Harold Jones: Well, if you look at it, when we start talking about persons making between maybe $40,000 to $80,000, that is money in a person's pocket, maybe about four or five hundred dollars. But now, if you make over about $250,000, the money in that person's pocket is about $5,000. So there's a difference there. But also, you know, when you start talking about we've had like the largest budget or things of that nature, that's because we're a growing state. But also when you're growing state, you have a lot of persons who are coming here who also have needs and need services. It's not necessarily a badge of honor to say that you're 50th on spending. But at the same time, you're in the middle of education.

We need to try to balance that out. Be lean on spending. That's fine. But at the same time, let's make sure we provide services to our people.

Dave Belton: Yes. It's wonderful that we're finally funding QBE and our education scores are the best they've ever been - ever - in Georgia. About the graduation rates, it's best it's ever been. The AP scores, the best it's ever been. The NAEP, the nation's scorecard for K-12 or African American AP were third in the nation. That's amazing. We're doing great stuff in education. 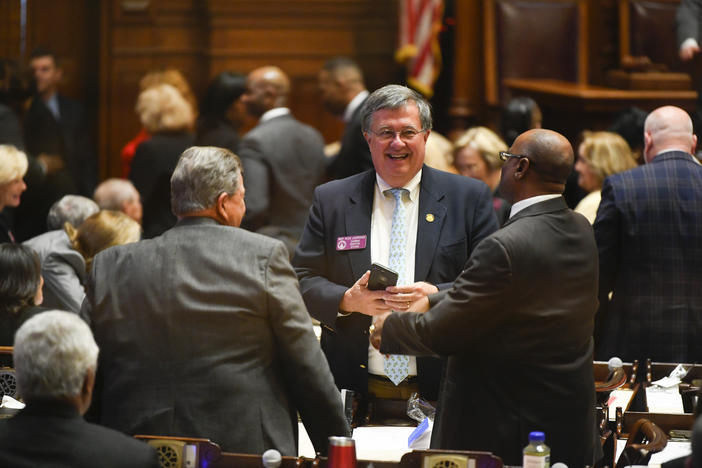 Political Rewind: Legislature Weighs Its Options In The Face Of Tight Budget

On Tuesday's Political Rewind , Georgians could soon be paying more for online purchases if a measure to hold companies accountable for collecting the... 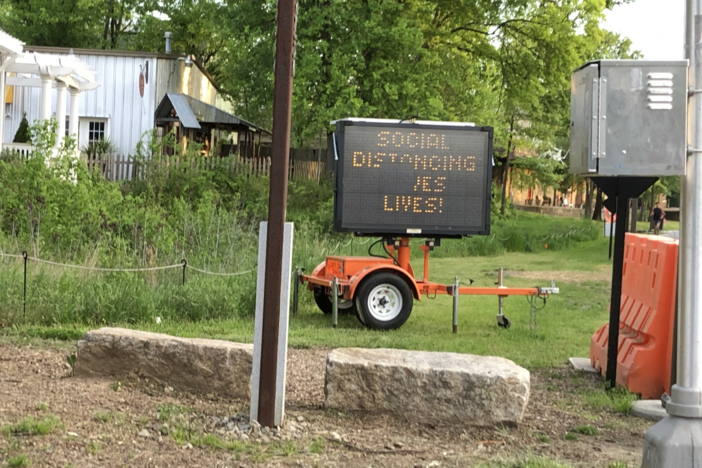