As election workers across the state begin final preparations for the new ballot-marking device system being used for the March 24 presidential primary election, Fulton County officials say early voting will be a key factor in preventing long lines.

Fulton County Elections Director Rick Barron said Wednesday the county will receive the final shipments of its ballot-marking devices by the end of this week and begin logic and accuracy testing on Monday.

The county is receiving about 3,000 touchscreen BMDs and the printers that produce paper ballots with a text summary of a voter’s selection plus a QR code that is then entered into a scanner to be tabulated. Fulton will have more than 270 of those precinct scanners.

Election officials are racing against the clock to roll out the $104 million system to all 159 counties in time for the presidential primary election, as early voting begins the first week in March.

In Fulton, Barron said that his staff and more than 2,000 poll workers will be prepared to make sure the elections run smoothly.

“Well, timing is a challenge, but we are pressing forward with training,” Barron said. “My elections chief and his staff, they are happy with the way training is going so far, especially the new pollbooks, those are light years better than what we had before.”

Barron also said the county will have about 50 tech teams spread out across the county to handle any reports of issues with the voting machines, printers or scanners. Fulton is also using giant rolling carriers that hold either two or four self-contained voting stations that will cut down on polling place setup time and keep the machines secure before the election.

Georgia’s largest county has 377 precincts assigned to 198 polling locations for the March election, and Barron said he would like to add more places to vote ahead of the November contest if possible.

“I would like to get up to maybe 205-210 locations, I’m not sure if we’re going to be able to do that,” he said. “More polling places will help with lines but also if people take advantage of early voting, that alleviates pressure on Election Day.”

Finding polling places that meet the legal requirements can be a challenge, and a new state law requires even more advance notice of any additions, closures or changes to where people vote. Barron said as an example, earlier this week a school that is used as a polling location said they could no longer be used after the March election.

Fulton will have 21 voting locations open across the county during the three-week early voting period, including Saturday March 14 and Sunday March 20.

In the 2016 presidential election, 65% of the 430,599 ballots cast were during early voting and absentee by mail, a ratio Barron would like to see increase this year.

He said there is a plan before the Fulton County Board of Commissioners to purchase mobile voting precincts that would contain 10-15 voting machines that can visit polling locations with longer lines.

Thanks to a provision in the omnibus elections bill HB 316 that was signed into law last year, Barron said the county can also expand its pop-up “voter outreach” programs that open up select Election Day voting sites for a few days at a time during early voting.

Election results could come quicker with the new voting system, too.

Previously, all of the memory cards from each touchscreen ballot-marking device had to be consolidated down to one memory card, then delivered to one of five check-in centers and then sent to the central county warehouse.

Now, there is only one memory card per precinct scanner that has to be secured, transferred to a check-in center and then reported, with Barron hoping to have poll workers begin the reporting process shortly after polls close.

There will be an opportunity to test that theory Feb. 18, when the county is hosting a public mock election to test out the election process from start to finish before the first real votes are cast on the machine.

Earlier in the week, Secretary of State Brad Raffensperger said his office expects more than 5 million Georgians to cast their ballot in the Nov. 2020 election, 25% more than the 2016 presidential election. 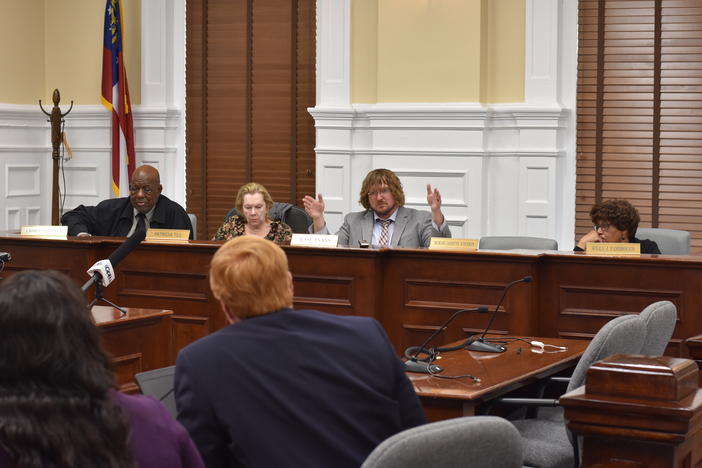 The Athens-Clarke County Board of Elections has begun testing components of Georgia’s new $104 million ballot-marking device voting system that will be...