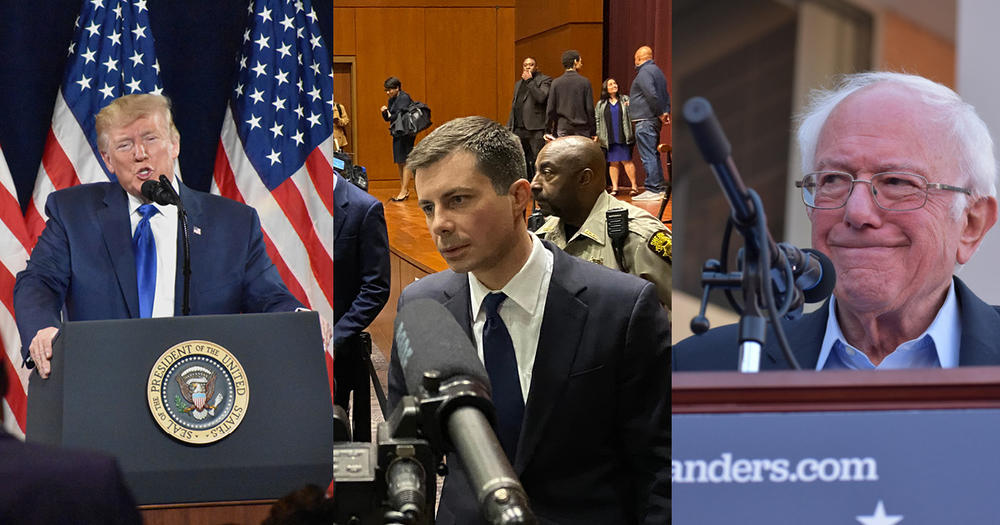 About 10,000 Georgians individually gave nearly $3 million to Democratic and Republican presidential campaigns from October to December last year, giving an updated look at support from across the state ahead of the March 24 presidential preference primary.

According to filings with the Federal Election Commission, more than half of that went to President Donald Trump, who raked in more than $1.6 million from 5,096 Georgians that donated directly to the campaign or to an authorized committee. About a third of the contributions came from Georgians who listed "retired" as their occupation. During 2019, Trump picked up more than $3 million from the state as he looks to win a second term this November.

Former Vice President Joe Biden, who has been endorsed by elected officials ranging from Atlanta Mayor Keisha Lance Bottoms to several state lawmakers, raised $172,115.84 according to FEC filings. His total for 2019 was reported as more than $651,000.

California Sen. Kamala Harris dropped out of the presidential race Dec. 3, 2019, but had one of the strongest fundraising efforts in Georgia over the 12 months of 2019. Her yearlong total of $461,353 from Georgians reported to the FEC was only behind Buttigieg, Biden and Sanders. For the fourth quarter Harris reported $52,111.

Former presidential candidate Joe Sestak had the lowest support from Georgia, garnering $85 from one person in the fourth quarter.

Nearly all of the candidates have traveled to Georgia in recent months, whether it was for the November presidential primary debate or the president's launch of a "Black Voices for Trump" coalition. The rapidly diversifying electorate has put both Democrats and Republicans on edge and looking for a tight victory this November.

In addition to the battle for the White House, Georgia has both U.S. Senate seats, all U.S. House seat and every state lawmaker on the ballot. The March 24 presidential primary is also the first statewide election that will be conducted on a $104 million ballot-marking device voting system being rapidly delivered to all 159 counties.