Raphael Warnock Is Running For US Senate 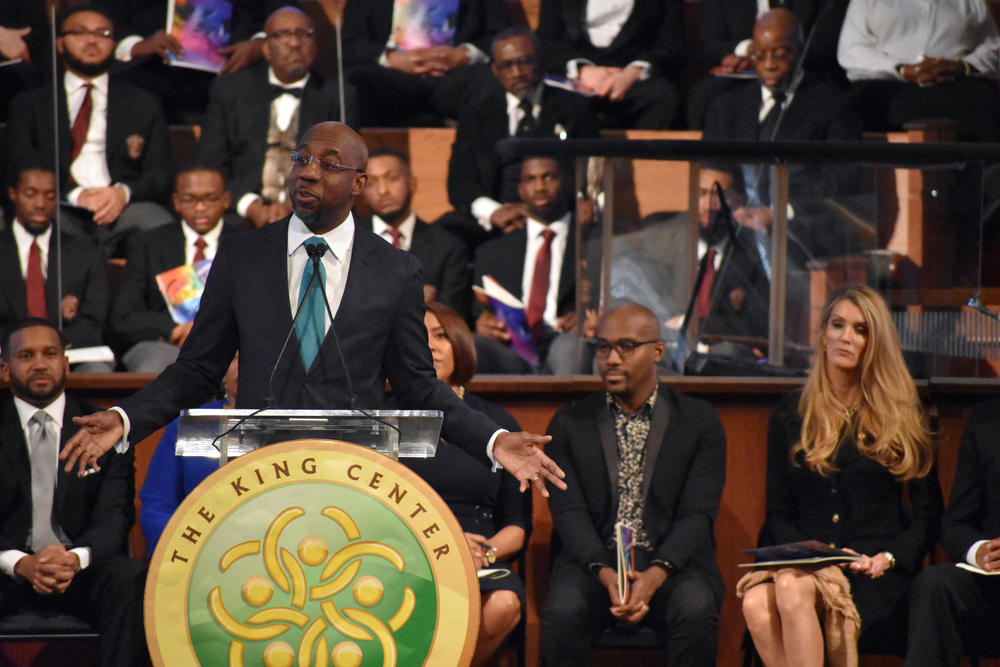 The senior pastor of Martin Luther King Jr.’s church in Atlanta on Thursday entered the race for a U.S. Senate special election, hoping to capitalize on a politically and demographically shifting Georgia and unite Democrats heading into November.

The Rev. Raphael Warnock released a campaign video that positions him as perennially preparing to be ready for what was next, whether it was family, his education or his work at Ebenezer Baptist Church.

"Some might ask why a pastor thinks he should serve in the Senate," he said. "Well, I've committed my whole life to service and helping people realize their highest potential. I've always thought that my impact doesn't stop at the church door, that's actually where it starts."

In an interview, Warnock laid out his vision for a campaign that aims to inspire people to reject politics that divide and said he is committed to visting every corner of the state to earn votes from every Georgian.

"I think we are witnessing a kind of politics that emphasizes our differences," he said. "I've spent my whole career in life helping people to see their own reflection in the eyes of one another."

He plans to continue preaching at Ebenezer while stumping for office and says his work in Washington would be a continuation of his work in the pulpit.

"That's why I think a candidacy like mine is so important. It's about centering the voices of the people I'm hearing from everyday," he said.

The preacher’s passionate oration has been a fixture at Democratic events and has long fueled speculation that he would run for higher office.

MORE: Doug Collins Is Running For US Senate

At the annual Democratic Party of Georgia state dinner last year, he reminded attendees that a vote “is a kind of prayer” before receiving a standing ovation.

“There is an attack on the very soul of our country and all that it represents,” he said, previewing his campaign message. “The fact that we have someone occupying the White House who don't seem to mind – in fact is actively courting – the help of foreign adversaries to rig our election, that's a scandal and a scar on the soul of America.”

Warnock shared the stage with U.S. Sen. Kelly Loeffler (R-Ga.), who was appointed by Gov. Brian Kemp to fill the seat after Johnny Isakson retired at the end of 2019. Loeffler, Warnock and any other candidate interested will have to run in a so-called jungle primary election in November to fill the rest of Isakson’s term.

Republican Congressman Doug Collins (R-Gainesville) on Wednesday announced his run for the seat, drawing rebukes from national Republicans and the governor and setting up a bitter clash for conservative votes in the unique election format.

Further complicating the race is an effort by some state lawmakers to abolish the jungle primary and force candidates in the race to run in a special party primary in May with the winners facing off in a special general election in November. Kemp has threatened to veto the bill.

Warnock’s prominent role as pastor of Ebenezer makes him the most recognized candidate on the Democratic side of the race, and he has been courted by national figures to enter the race after former gubernatorial nominee Stacey Abrams declined to run.

Hours after his annoucement, Abrams offered a glowing endorsement of his candidacy, tweeting that he is  "a true ally in our fight for justice."

ENDORSEMENT TWEET: Reverend Raphael Warnock is a true ally in our fight for justice. That’s why I'm proud to endorse him for U.S. Senate here in GA. Take a moment to get to know him & if you can, chip in to support his campaign: https://t.co/c9tkvgYL2m #gasen #gapol https://t.co/GLyO5yKjmy— Stacey Abrams (@staceyabrams) January 30, 2020