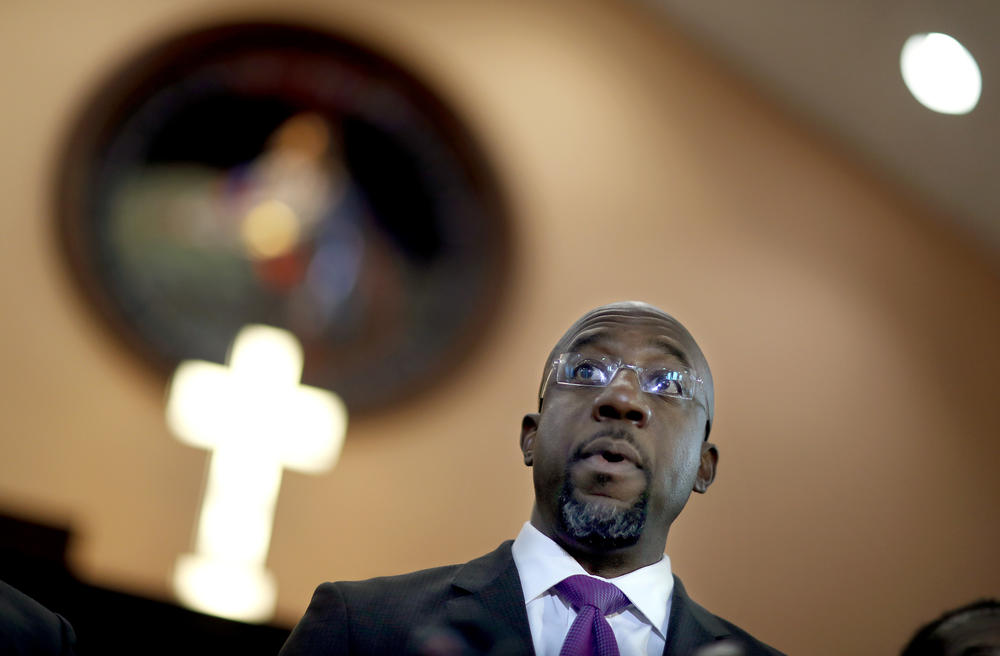 Rev. Raphael Warnock speaks at the pulpit of Ebenezer Baptist Church in Atlanta, GA., where he is senior pastor. / AP

Georgia Democrats have urged Warnock to enter the race because they see him as a unifying candidate the party can rally around.

Meanwhile, state and national Republicans are quickly picking sides now that Rep. Doug Collins has declared he will challenge Loeffler.

Collins and the GOP Senate Campaign Committee are warring over whether his entry will dilute the Republican vote and hand the seat to Democrats.