New Georgia Voting Machines Get Next Test In Special Election 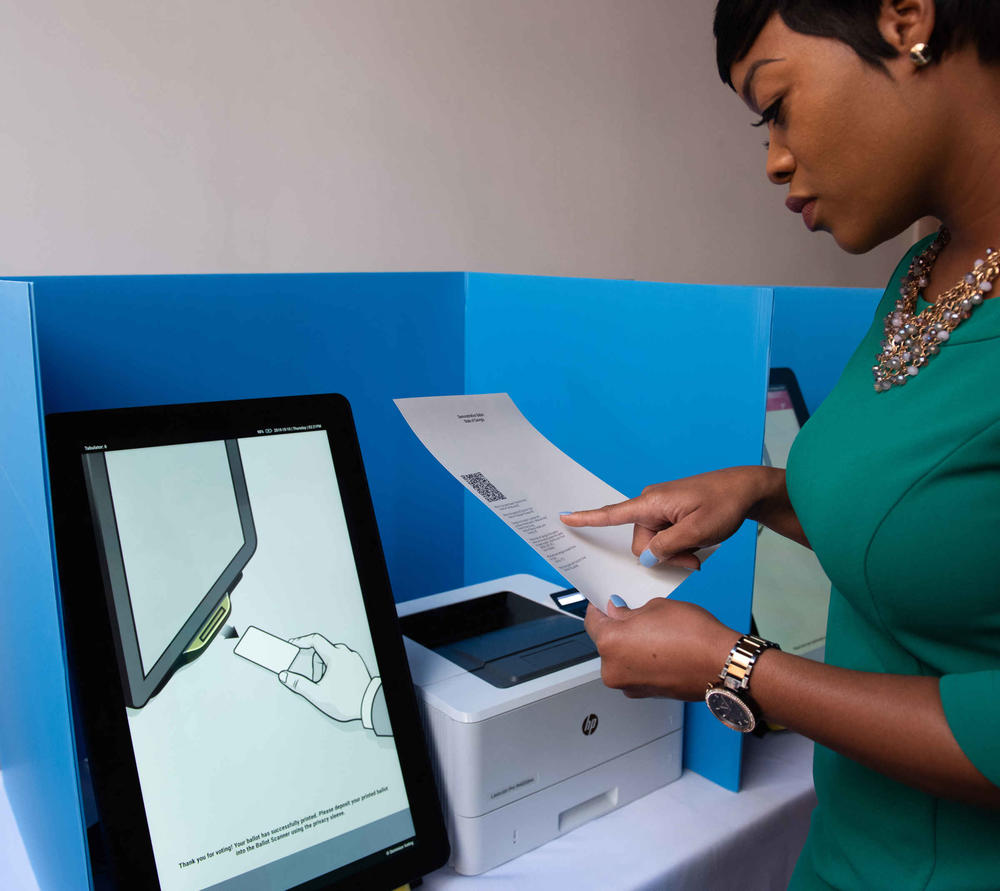 Elections officials participating in a state House special election in southwest Georgia say there have been no problems during the early voting period with the new ballot-marking device election system that prints out a paper ballot.

Tuesday is Election Day for voters in House District 171, which covers part of Colquitt, Decatur and Mitchell counties, and early voting is underway for Senate District 13, covering eight counties.

The $104 million Dominion BMD system uses a touchscreen computer and prints out a paper ballot with a QR code and a textual summary of the races and your selection. That ballot is then inserted into a scanner, where it is counted and stored.

Carol Heard is chief election official in Decatur County, one of the counties that piloted the BMDs in municipal election last November. She said Monday evening that more than 400 voters used the machines during early voting out of a population of 11,000 or so that are eligible for the election.

“The machines during early voting, they’re fine … no problems,” she said. “And that’s how it was in the pilot as well.”

After the pilot election in November, the secretary of state’s office said there were few glitches in the six counties that used the machines, nearly all of them caused by human error or that could be fixed by additional training.

Heard said poll workers in Decatur county liked using the BMDs because they were easier to set up and take down, and voters appreciated having a piece of paper as part of the voting process.

“People have pretty much looked at it, said you know, ‘yep, that’s who I voted for, good to go,’ and they like that,” she said.

Decatur County received all of its equipment ahead of the November election, so poll workers had plenty of hands-on time to train.

Next door in Mitchell County, elections director Terry Ross said the machines came in last month and the training process was also easy.

“We haven’t had any problems at all, and the voters seem to really understand it and like it,” Ross said about early voting. “Everyone was wanting something tangible that they can have their hands on with this new system, so I think they like it pretty good.”

While the counties participating in the special elections have their machines, the secretary of state’s office staff is working quickly to deliver the rest of the 33,100 voting machines, scanners, printers and other equipment to all 159 Georgia counties.

Last week, officials said that more than half the counties received all of their BMDs, the election management systems would be delivered by the end of January and only 12% of the equipment still needed to be delivered.

It’s a tight timeline for delivery, compounded by a federal judge’s order that Georgia scrap its outdated direct-recording electronic voting machines after 2019.