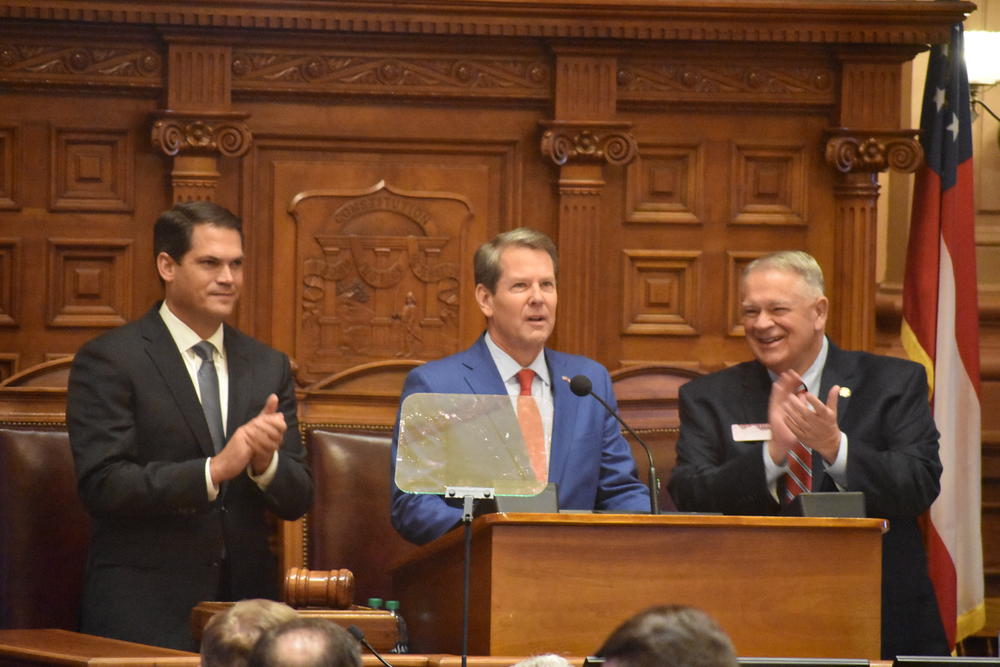 Speaking on the state House floor in front of representatives from Georgia’s executive, legislative and judicial branches, Gov. Brian Kemp said the state of the state is strong.

“And folks, we’re just getting started,” he said.

The governor, entering his second year in office, painted an extended metaphor of the state as a house under construction.

“Over the last 12 months, we have realized incredible success and endured hardships,” Kemp said. “In 2019, we stood together on the construction site, building on a sure foundation. I’m proud of what we accomplished, but there’s still more work to be done.”

Education remains a high priority. Kemp called for a $2,000 pay raise for the state’s teachers, completing a campaign promise to boost base pay by $5,000 to help retain teachers and improve school performance.

He also said that Georgia should continue to fully fund the state’s education formula.

On the health care front, Kemp said that tackling surprise medical billing should be a priority.

“Right now, there are countless families who just received a surprise medical bill in the mail: an out-of-network specialist, a procedure that wasn’t approved or covered, nights in the hospital that didn’t meet the requirements,” he said. “We have hardworking Georgians who, by no fault of their own, are on the brink of bankruptcy because there’s no transparency in healthcare billing.”

Former U.S. Sen. Johnny Isakson (R-GA) was in the front row of the speech, and was recognized by the governor for his service.

Kemp announced a “Johnny Isakson Professorship for Parkinson’s Research” at the University of Georgia that would seek to develop better treatments for those with the disease.

Another new initiative discussed in the speech was foster care reform. In his remarks, Kemp said that the state should triple the adoption tax credit, lower the minimum age that someone is allowed to adopt and launch a new commission to study how foster care can be fixed.

“It’s 2020, folks, and it’s a year for building,” Kemp said. “Pick up a hammer and keep working until the project is complete. We are doing a great work, so we can’t stop choppin’!”

Later in the day, Democrats held a press conference to discuss their own priorities for the new year, while noting the things Kemp did not address.

“Georgia enters the 2020 legislative session with a revenue shortfall of hundreds of millions of dollars,” she said. “Despite this revenue shortfall, the governor does not ask Georgia’s wealthiest citizens to pay their fair share.”

Lawmakers could approve a cut to the state’s top income tax rate this session, decreasing the state’s revenues by more than half a billion dollars.

The governor’s budget report released Thursday would see an overall budget increase to more than $28.1 billion, even with budget cuts from many state agencies.

Democrats are also pushing for a full expansion of Medicaid to cover more uninsured Georgians, and State. Sen. Harold Jones (D-Augusta) said the state doesn’t have a comprehensive plan to address health disparities.

“So the concern is that we're actually just providing a band-aid on a very serious health concern that are facing all of our Georgians,” he said.

Next up for the legislature is work on the multi-billion dollar state budget. 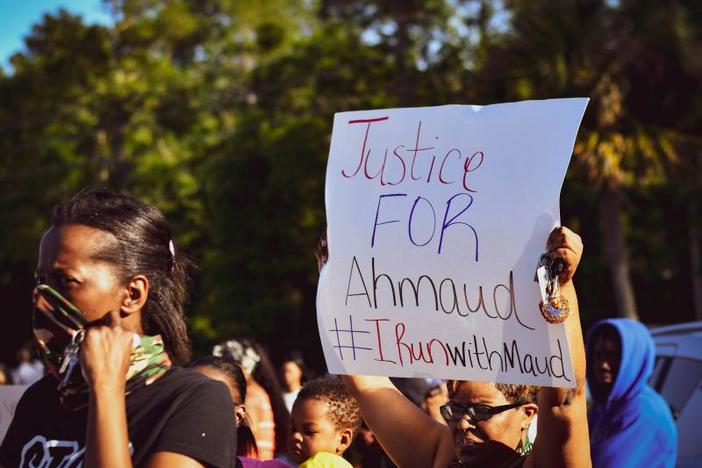