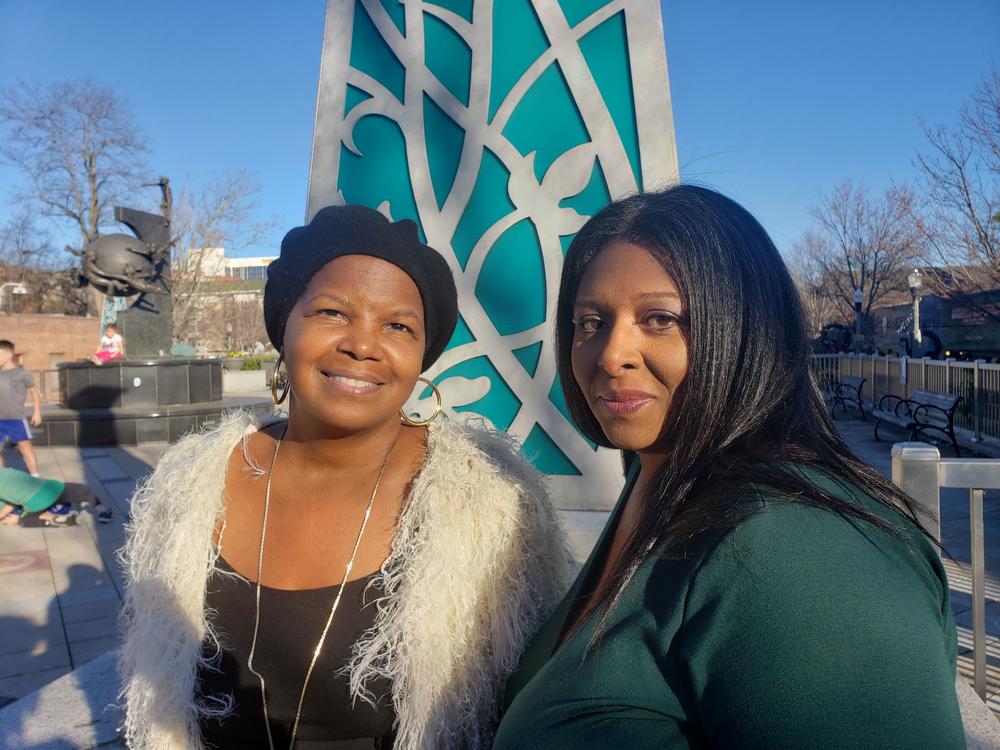 Caption
Carla Griffin (left) and Alysa Armstrong-Gibbs (right) were among the mothers who went to court to support Diana Elliott's hearing for leaving her disabled son at Grady Memorial Hospital in Atlanta.

After an overwhelmed mother of four dropped off her 14-year-old son at a local hospital last month, she was arrested on charges of child cruelty.

When Diana Elliott appeared in court to explain why she left her 14-year-old son with Down syndrome at Grady Memorial Hospital, other mothers showed up to support Elliott.

Elliott was released after her Dec. 12 hearing on a signature bond in part due to the local support of women including Carla Griffin and Alysa Armstrong-Gibbs. A signature bond meant the 37-year-old mother does not have to pay $10,000 unless she fails to show up for the next court hearing.

“When I was watching the news, I found a young mom dropped her kid off at Grady,” Griffin said. “I saw exactly what was happening.”

Elliot’s story was all too familiar to Griffin as she’s been in the same place with her 29-year-old son John since the mid 2000s. His developmental delays worsened his quality of life, Griffin said.

In school, he would have to be restrained to stop violent behaviors. In public spaces, he would invade strangers’ personal space for attention. At home, he would try to open doors with knives.

“Regular kids knock on the door and say, ‘Mommy, what are you doing?’” she said. “Disabled kids are taking doors off the hinges.”

Griffin had to quickly learn to advocate for his wellbeing and his education. She found out that the public school system is considered a state agency where all children are entitled to services. Children with disabilities are also entitled to a “free and appropriate education” until they turn 21.

But, when the school’s individualized plans and services for children with special needs are exhausted, Griffin said parents have to advocate for their future.

“Public school is supposed to prepare for that regardless of the disability or how neurotypical they are,” Griffin said.

She needed help and support.

When John became more at risk to harm himself or others, Griffin sought brief stabilization and would admit him to a facility where he’d be sedated enough to be sent back home. His behaviors were getting to a point where social workers and other officials would suggest calling the police on him.

“As a mom, when you first hear that, you’re like, ‘No. Are you crazy? I’m not doing that.’ But then when you hear it over and over again over a year, you’re like, ‘Oh my gosh,’” Griffin said.

“That was the time I needed to get help and continue the work I was already doing, but I had to wrap it up because now I abandoned my kid,” she said. “I’m risking a lot.”

From then on, Griffin used her power as a parent to make sure her son’s needs were being met as he grew into an adult. She researched what Georgia could do for her family and made connections that gave John a fighting chance.

Now, John is in a group home in Maryland, but the fight is still ongoing.

“Just because you’re out of the educational system doesn’t mean the battle is over,” Griffin said. “The fight is just different.”

Armstrong-Gibbs’ introduction to Elliot’s story was a bit different. She and her husband fostered families in their home for several years, but a recent experience was so unpleasant that she reconsidered opening their home to help others.

Armstrong-Gibbs knew that, in that moment, Elliott did what she thought was best for her child regardless of the negativity surrounding the story.

“When this story hit and I saw the child and his picture, all I could see was the face of my son,” Armstrong-Gibbs said.

Armstrong-Gibbs’ 14-year-old son Kashiim has Down syndrome. She and her husband had children from previous relationships and Kashiim was their child together. When he was a baby, she had a brief moment of insecurity when coming to terms with Kashiim’s diagnosis.

“I had fears of not giving [my husband] the perfect child and he’s not going to want to stay married to me,” Armstrong-Gibbs said. When her husband found her in a closet crying, he told her that Kashiim couldn’t have been born more perfect and that he was going to be the poster child for Down syndrome.

“This child is the greatest gift and I wanted to share him with the world,” she said.

Armstrong-Gibbs’ experience as a social worker and educator primed her to help Elliott and her family, but the support from other mothers that showed up in court proved how strong community support can be.

“Seeing the support there was beautiful,” she said.

Despite Elliot’s release on a signature bond, there’s still work to do. Her four children are in the state’s custody and getting Sheldon adequate care is not an easy feat.

Georgia provides several resources to families and individuals with special needs such as Comprehensive Supports Waiver Program (COMP) and the New Options Waiver (NOW). These waiver programs offer treatments and support for those with mild to severe disabilities.

CEO of Special Needs Respite Stacy Georges said state services aren’t enough. The demand for services exceed the funds available and thousands stay on waiting lists for years. Some have been waiting on aid from the state for more than a decade.

“When we let the government take our taxes out of our paychecks, then they're going to spend it wherever they feel is proper,” Georges said. “And that'll be fine, except it always has layers and layers of bureaucracy. And this one has to get paid and that one has to get paid. And by the time it gets to the family, it's not a lot.”

Georges founded the nonprofit in 2017 to help meet the needs of parents of children with special needs by supplying families with scholarships for respite care. On average, the nonprofit's scholarship for caregivers is $500.

Georges knew how difficult getting help from the state could be. Before even being put on a waiting list for state services, she said the application process is almost excruciating.

“The people that want to apply for these services have to actually go to a seminar to learn how to fill out the application,” Georges said. “I have friends who are attorneys that have had trouble with this application, so can you imagine if a parent is not a college-educated person trying to fill this thing out?”

The toll of surviving

Life goes on while waiting for aid from the state and taking care of family members with disabilities can be extremely difficult.

“Let's say both parents work and then they have a child with special needs. One of them has to stop working because they have to take this child to all their therapies or the child can't stay in school,” Georges said. “So, if you call in, ‘Oh, my child is sick,’ how many times can you do that before you get fired? Now you’re down to one income.”

Caring for a child with special needs while unemployed or underemployed can also put a dent in one's mental stability. A study published in the Maternal and Child Health Journal, shows that relationships, self-esteem and even mortality can change.

“It is a hopeless, helpless feeling when you feel like you're the only one that can take care of your child,” Georges said.

Because John had unrelenting behaviors and outbursts, Griffin underwent long processes to find the perfect caregiver for her son so she could work or take care of other tasks. Her normal life was overwhelming for many. But one of her favorite caregivers gave her and her family a sense of peace.

"When I looked at my taxes, this dude made a whole salary because he was available to spend time with my son just so I can go out,” Griffin said. “If I needed him to spend the night, he would.”

Armstrong-Gibbs knows how isolating parenting a child with special needs can be, so she makes an effort to include herself in several groups that understand her life.

"We are the lucky few. We do see most of us see ourselves that way as though we are part of a special club,” Armstrong-Gibbs said. “Other people do not belong to and you'll never understand it totally fully. But when you really get to know somebody with Down syndrome and you really get to see how their heart and mind works, it is the most amazing, beautiful thing.”

But when isolation, lack of resources and feelings of hopelessness become overwhelming, some families are faced with crisis.

In 2015, a mother in Dawsonville killed her disabled son and then herself. Investigators said Hicks wrote about her son's medical issues and the difficulties she had handling them in a note she left behind, according to Dawson County News.

Georges received phone calls from mothers who were desperate for mental health intervention. One woman called Georges in the middle of a crisis.

"She called me and I had been talking with her back and forth, but she had never let us help her before,” she said. “And she said, ‘I've just decided that either I was going to check myself into Ridgeview [a mental health hospital] or I was going to call you.’”

Why community is important

Griffin said Elliott's story is nothing new because the theme of needing support remains the same, but her story can spark change and action, especially within the educational system.

"If she doesn't mind being the example, because we got to make some change,” Griffin said. “The change first comes from convincing parents that they have more power with the school system, then they know the parents don't know how much power they have.”

While Armstrong-Gibbs navigates daily life with Kashiim, she knows she’s being supported by women who have similar experiences.

"People that have been doing this for a while, they can say, 'Look, been there, done that. This is how I got up through it. You can do this,’” she said.

As Elliott continues her fight for her family, women like Griffin and Armstrong-Gibbs and nonprofit founders like Georges push through to help others who may feel lost and overwhelmed with the unique stresses of caring for a child with special needs.

“It's a statistic that we can live for days without eating. We can live for probably a lot of hours without water,” Georges said. “But we cannot live five minutes without hope.” 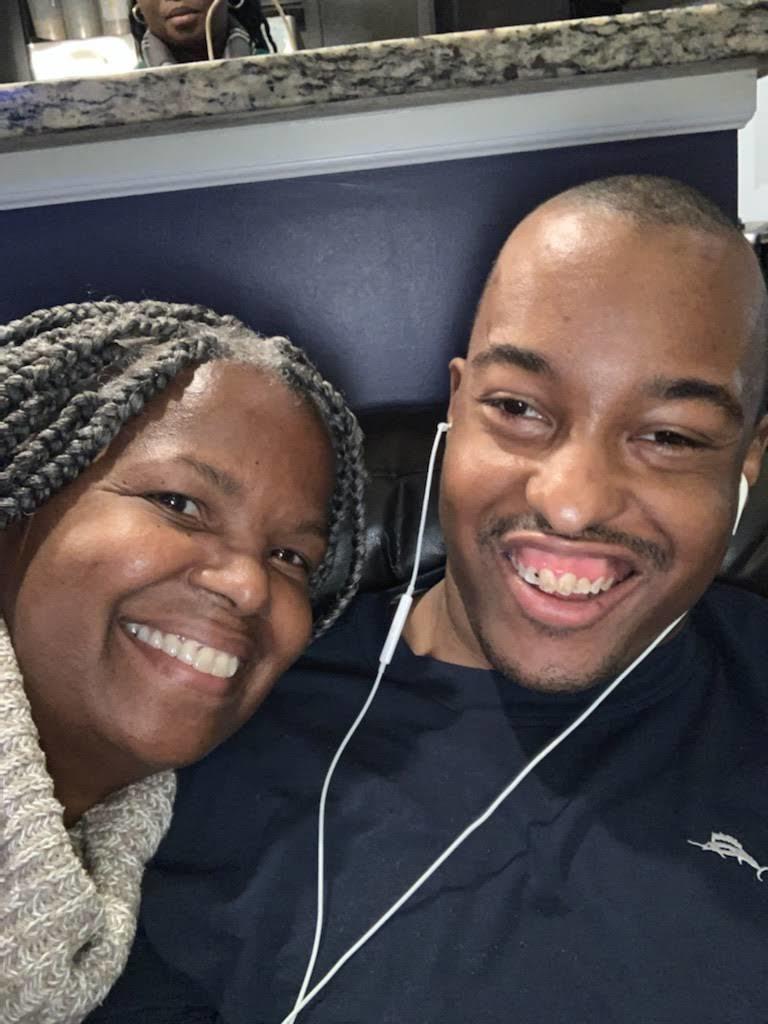 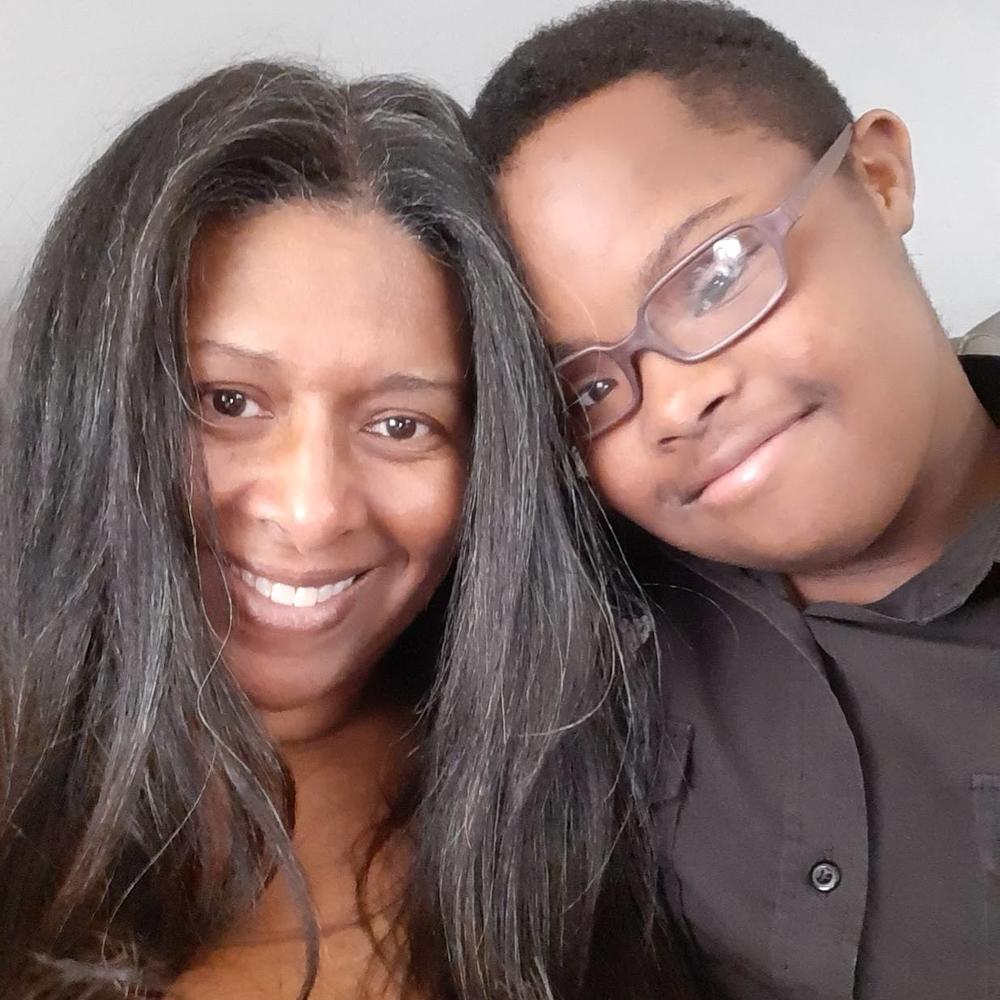 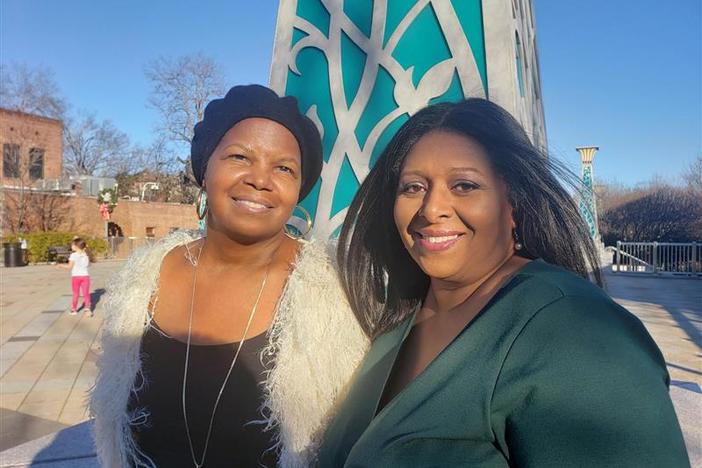 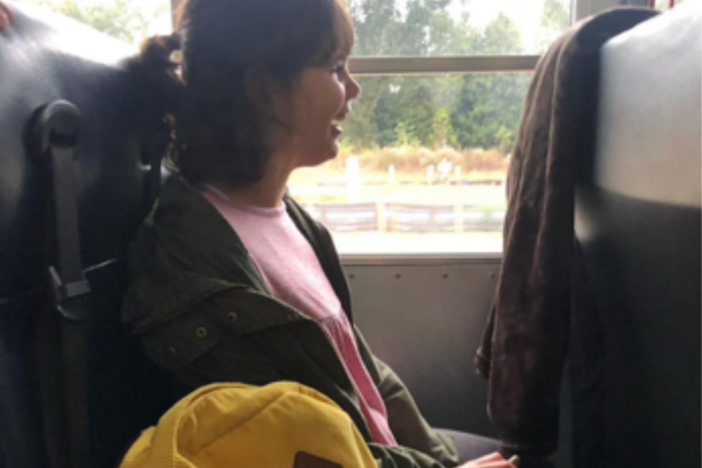 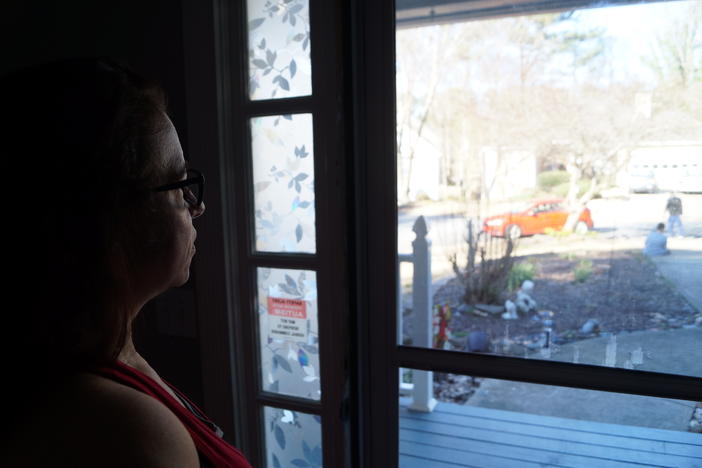 Fight Or Flight Mode: How A Mother Fights For Her Son With Autism

Ever since Gov. Brian Kemp mandated shelter-in-place orders and moved classes to online learning to slow the spread of COVID-19, several families have...