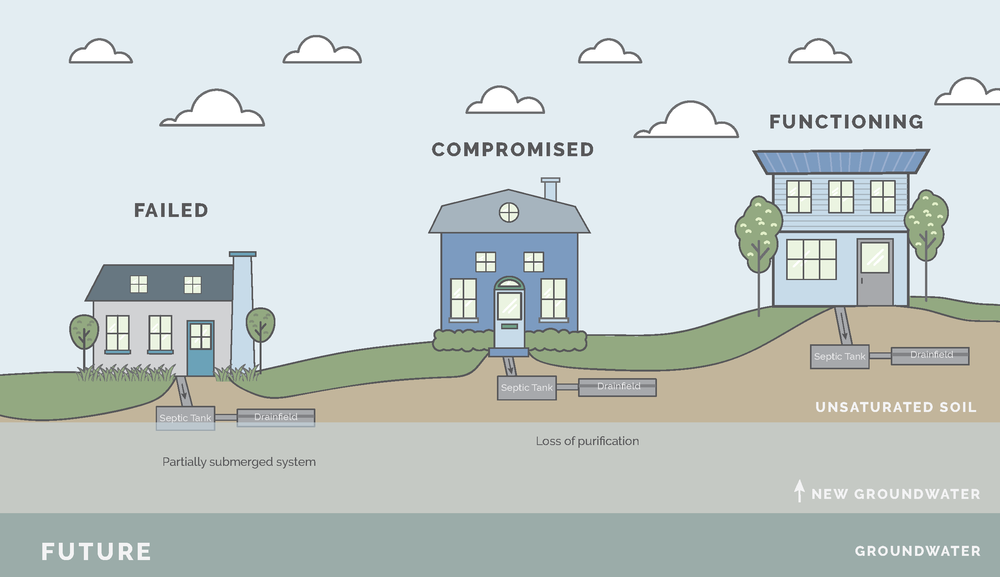 By the end of the century, sea levels off the Georgia coast are expected to rise anywhere from one to eight feet. Climate change is also predicted to pose other threats to Georgia communities including more violent hurricanes and heavier rainfall. A lesser-known potential problem affects septic systems.

For more information, go to Pulitzercenter.org/connectedcoastlines.

Look for the first stories in the series early next year. 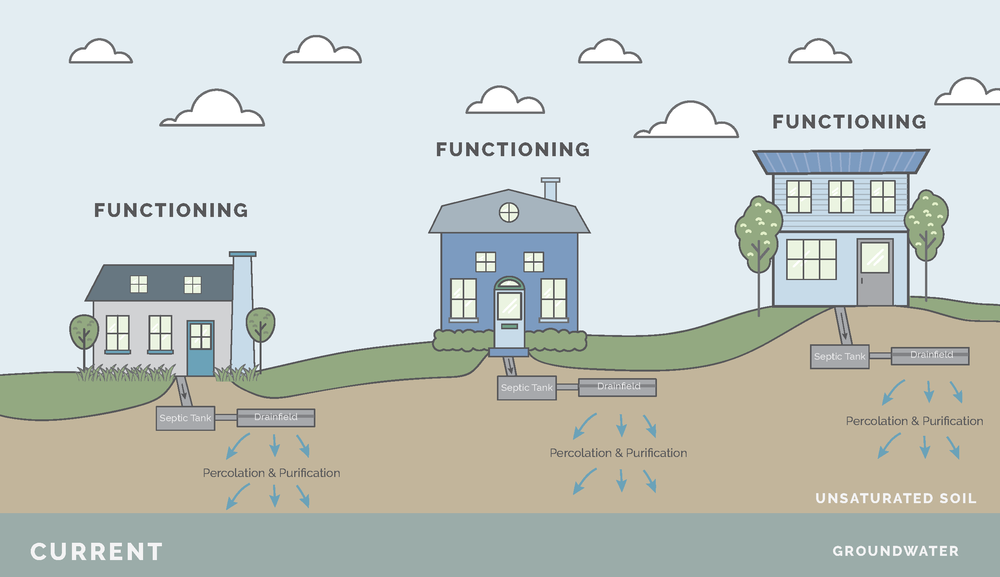 A properly functioning septic system has plenty of soil between the tank and the groundwater to ensure filtration. / UGA Carl Vinson Institute