Nearly half of Georgia’s 159 counties are getting more voting machines than allotted in the original request for proposals, according to the latest numbers from the secretary of state’s office.

Georgia has purchased 33,100 Dominion ballot-marking devices as part of the largest single implementation of a new voting system in U.S. history, with 31,826 of them slated to be delivered to counties ahead of the March 24 presidential preference primary.

Gabriel Sterling, chief operating officer and project manager with the secretary of state’s office, said that each county will receive either the number of machines requested in the RFP or one machine for every 225 active registered voters in the county, whichever is larger.

That ranges from 10 machines sent to Taliaferro, Quitman and Webster counties to more than 3,300 in Fulton. No county will have fewer BMDs than they had direct-recording electronic machines in the 2018 election.

Sterling said the purchase of 3,000 additional machines as well as high-capacity scanners for every county and mobile ballot printers are the result of cost savings and negotiations with Dominion over the past few months.

The 183 mobile ballot printers will allow county officials to print off absentee, provisional and back-up paper ballots on demand and only pay the cost of paper, he said.

The latest numbers come after an update given at a statewide elections officials conference last week, where the secretary of state’s office also announced a matching grant program for counties to invest in things like security, accessibility and general needs. This money comes from funds received through the Help America Vote Act and is part of the state’s new Secure The Vote outreach initiative.

It also comes on the heels of an analysis done by Stacey Abrams’ voting rights group Fair Fight, FreedomWorks and the National Election Defense Coalition, which argued that counties would be on the hook for millions of dollars in costs beyond the RFP for additional voting machines, licensing and printing fees not previously disclosed and additional staffing because of population growth.

Sterling said that state officials are being cautious and responsible in deploying the voting machines to counties, and that if counties feel they need more equipment to be successful for next year’s elections, all they need to do is contact the secretary of state’s office.

As for the concerns about millions of dollars in licensing and printing fees, he said that Georgia is paying for those costs, as well as locking in the cost of BMDs and other things in case extras need to be purchased by the state or counties down the road.

Still, Fair Fight and other groups have concerns about the tight timeline of rolling out more than 30,000 BMDs, 3,500 polling place scanners and 7,700 electronic poll books in time for early voting in the March 24 presidential preference primary.

"The rainbows-and-butterflies statements coming out of the secretary of state's office do not reflect a grave reality: the state is running out of time to ensure that a new voting system is up and running in 159 counties and that each county has the training and resources it needs,” Fair Fight spokesman Seth Bringman said. “Given the secretary of state's ever-changing timeline, Pollyannish mindset, and failed pilot program, we are deeply concerned, and we will continue to hold him accountable because Georgians deserve free, fair, and well-administered elections."

Bringman also said it wasn't until Fair Fight Action, FreedomWorks, and the National Election Defense Coalition issued a comprehensive county-level analysis of the RFP that elections officials provided information about licensing costs and the purchase of additional machines for counties.

Sterling disagreed, reiterating that the delivery and deployment of voting machines has been running ahead of schedule. Twelve counties have received all of their equipment so far, with another seven expected to be completed by the end of this week, he said. All 159 counties have had at least one set of machines, printers and scanners to train for a while, and all of them should have their machines by early February.

Last week, Republican Secretary of State Brad Raffensperger said his office was preparing for record turnout in the 2020 election, estimating that more than 5 million of Georgia’s registered voters could cast ballots in a contest that features a presidential race and every state and federal lawmaker on the ballot. 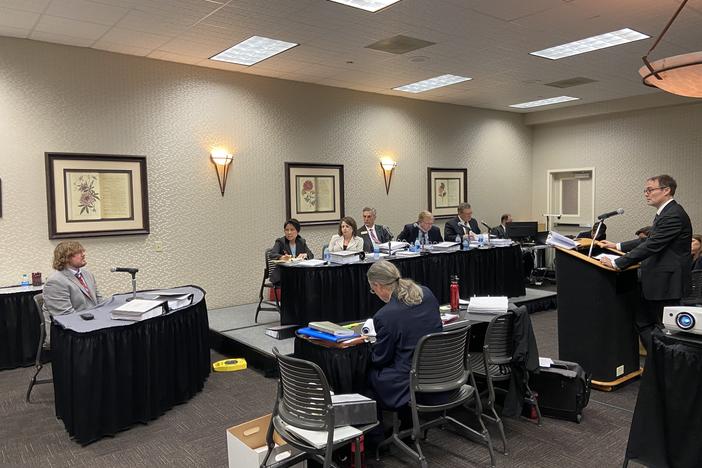