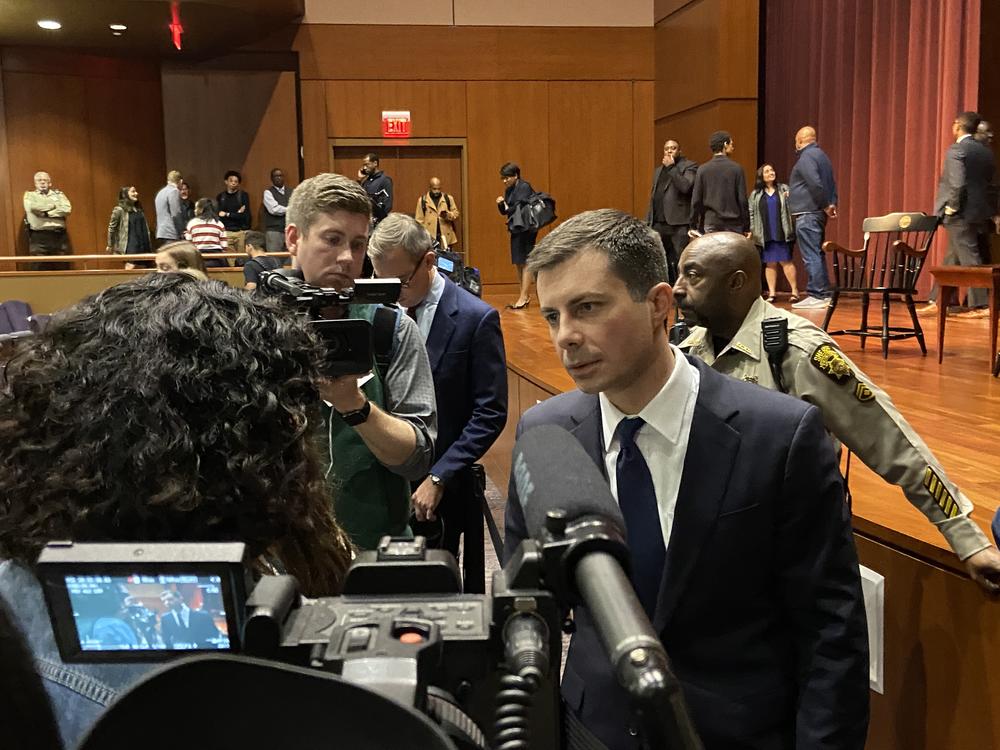 Democratic presidential hopeful and South Bend, Indiana, Mayor Pete Buttigieg told a room of about 250 people at Morehouse College Monday that he has what it takes to earn the support of black voters, while outlining his plans for lowering the cost of higher education.

Buttigieg’s plan also includes proposals to make public college tuition-free for students eligible for Pell grants and families earning up to $100,000 a year.

After delivering a stump speech focused on moving on from “a divider in chief,” he had a discussion with Morehouse professor Dr. Adrienne Jones, who pressed him on issues ranging from how he plans to woo black voters to racial tensions in South Bend to voter suppression.

“In my opinion, if it were not for racially-motivated voter suppression, Stacey Abrams would be governor of this state right now,” he said to applause.

Several students in the audience had not yet made up their minds about who they will support in the Democratic primary election, but they were curious about Buttigieg’s plans for historically black colleges.

Spelman College freshman Imani Bennet attended to get a better sense of the young mayor’s platforms, especially regarding HBCUs.

“It means a lot, it means that you’re actually putting your money where your mouth is,” she said. “You can say you support a community, but actually having plans in place to support our very historical and important institutions means a lot.”

Morehouse freshman Keron Campbell agreed, and said other Democrats should know the biggest thing the schools need is money.

“I think it’s all about funding,” he said. "I think HBCUS need the funding to stay open – a lot of HBCUS are falling below the belt because they have of a lack of funding.”

As part of the affordable college plan Buttigieg is pledging $50 billion dollars to boost funding to HBCUs.

He has recently risen to top-tier polling status in Iowa, which hosts the first presidential caucuses in 2020. But polling in other states suggest Buttigieg has failed to make a connection with black voters.

Last week, his campaign came under fire for using a stock photograph of a black woman and her child on a campaign website and listing some South Carolina Democrats as supportive of his Douglass plan that did not give permission to be named. He called it a “learning experience” for his staff.

Buttigieg is one of a handful of presidential candidates making stops at HBCUs around Atlanta during the debate week. Vermont Sen. Bernie Sanders is holding a rally at Morehouse and Massachusetts Sen. Elizabeth Warren will deliver a speech at Clark Atlanta University Thursday.