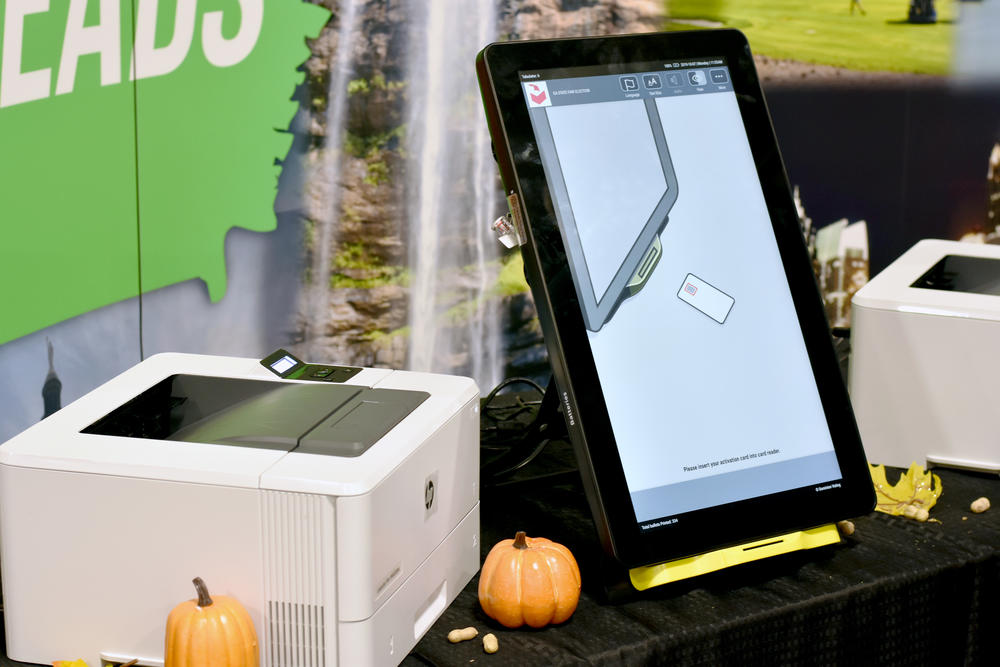 State elections officials say issues that arose during last Tuesday’s pilot of the new ballot-marking device voting system can be easily fixed before the first statewide election in March.

The secretary of state’s office also says the delivery of the new voting system should be complete by the end of January, about two months before the March 24 presidential preference primary election.

Bartow, Carroll, Catoosa, Decatur, Lowndes and Paulding were the six counties that tested the new touchscreen machines that print out a paper summary of your vote that is then scanned and stored for tabulation. A seventh, Cobb, piloted hand-marked paper ballots, ordered by a federal judge in an ongoing case challenging the use of electronic voting machines in Georgia.

An executive summary of the election pilots released by the secretary of state’s office found there were 45 reported issues or concerns out of 27,482 ballots cast on the ballot-marking devices, or an incident rate of about 0.164%.

Additionally, four touchscreens out of 576 and one scanner out of 83 were taken out of service during the election “out of an abundance of caution.”

The report states that nearly all of the issues were caused by human error or could be addressed by better training ahead of the next election, and that some reports were from the system working properly but poll workers calling out of an abundance of caution.

“With that in mind, the implementation team understood that piloting the new system in real world conditions, with the introduction of poll workers, polling places, and most importantly voters, would be vital to bring potential issues to the forefront,” the summary reads.

The biggest issue was with the KnowInk poll pads used to check voters in and create voter access cards used to cast ballots using the BMD machines.

State officials say there was an extra field included the dataset used to verify whether someone has already voted or not. This field, asking for what party’s ballot a voter wanted to choose, is not part of a municipal election’s dataset and held up the check-in process in all six counties.

The secretary of state’s office says the problem was identified 20 minutes after the polls open and a fix had been put into place 20 minutes after that, but different county elections officials responded differently to the issue which is why some polling places stayed open later while others had minimal disruptions.

Other reported issues include a precinct scanner jamming, a Dominion technician accidentally creating multiple memory cards for the scanners with the same file names and issues in Decatur County finding power outlets to use for the machines.

Gabe Sterling, the secretary of state’s chief operating officer, said that the pilot results were what he hoped for – largely successful while identifying areas that need attention before the statewide rollout.

“Overall, we feel like we are in a good position to make sure that these kinds of issues don't happen,” chief operating officer Gabe Sterling said to reporters Thursday. “When you have an election with millions of people voting at one time, things are going to happen.”

Sterling also said all of the new equipment will be delivered to the state by the end of January and that the procurement and testing process is running ahead of schedule.

As coronavirus continues to spread in communities across Georgia, elections officials are grappling with the challenge of running a safe, fair and...