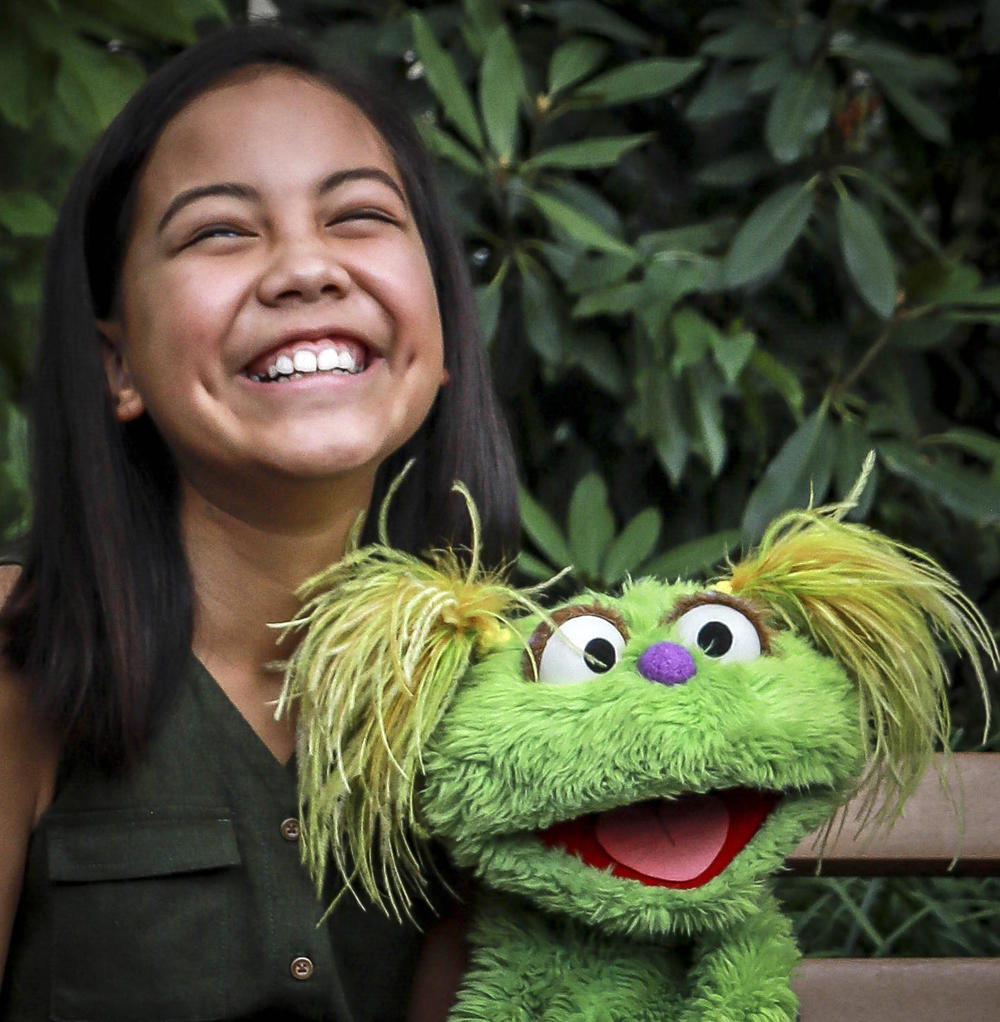 10-year-old Salia Woodbury pictured, whose parents are in recovery, with "Sesame Street" character Karli in New York. Sesame Workshop is addressing the issue of addiction.

Georgia is among the top 11 states when it comes to most prescription opioid overdose deaths. President Trump declared the opioid crisis a national public health emergency in 2017.

Marking the 50th anniversary of Sesame Street and 50 years of partnership with PBS, the initiative deepens Sesame Workshop's longstanding commitment to using the power of public television to bring critical early learning to children across the country in communities big and small. GPB is one of the ten stations selected for the program.