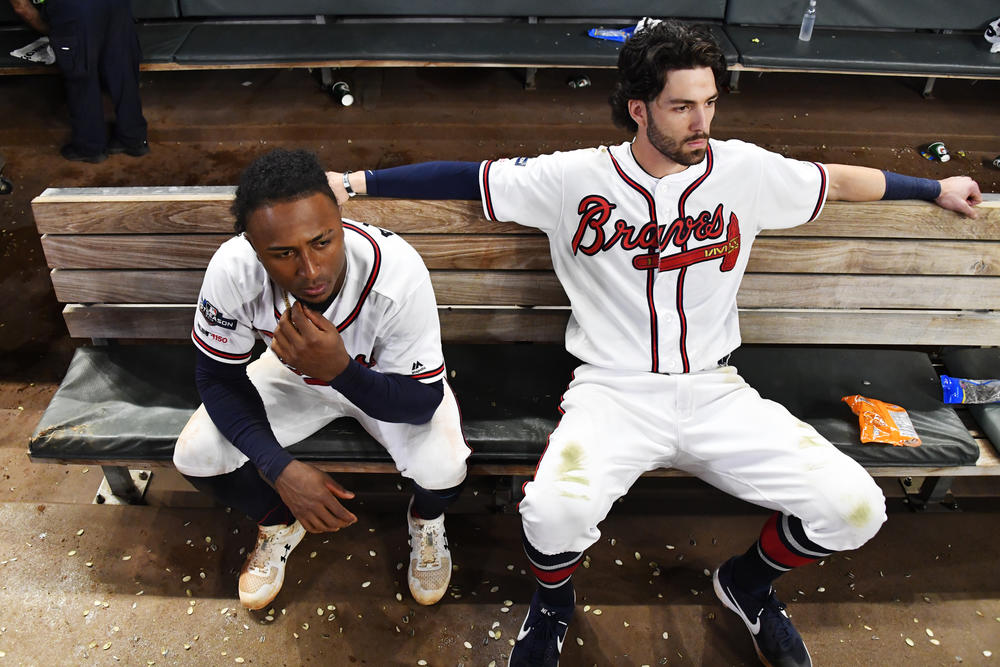 Caption
Atlanta Braves' Dansby Swanson, right, and Ozzie Albies sit in the dugout after the Braves lost 13-1 to the St. Louis Cardinals in Game 5 of their National League Division Series on Wednesday in Atlanta.

The St. Louis Cardinals turned the diamond into a giant pinball machine, dinging hits all over SunTrust Park.

By the time the Atlanta Braves finally got the third out, it was the most productive first inning in postseason history.

The Cardinals scored 10 runs their first time up and dealt Atlanta another playoff heartbreak, routing the Braves 13-1 in decisive Game 5 of the NL Division Series on Wednesday.

“That was crazy,” said Marcell Ozuna, one of five players who batted twice in the stunning outburst. “We got a good opportunity — and we took it.”

Before many fans had reached their seats, the Cardinals were already booking plans for the NL Championship Series, where they will face Washington in a best-of-seven set beginning Friday at Busch Stadium. The wild-card Nationals knocked off the favored Los Angeles Dodgers 7-3 in their own Game 5, getting a grand slam from Howie Kendrick in the 10th inning.

“We know we can beat anyone at this point,” Kolten Wong said.

For the Braves, it might take a while to get over this debacle.

After pitching seven scoreless innings in a Game 2 win, Mike Foltynewicz retired only one hitter before getting yanked. First baseman Freddie Freeman booted a potential double-play ball that might have limited the damage.

The Cardinals scored their final run of the inning on a strikeout — a wild pitch in the dirt that skipped away from catcher Brian McCann.

McCann, who began his career in Atlanta and rejoined the team this season, announced his retirement shortly after the game.

"This is it for me."@Braves legend Brian McCann is retiring. pic.twitter.com/NkRglueeJN— FOX Sports: Braves (@FOXSportsBraves) October 10, 2019

It was Atlanta’s 10th straight postseason round loss since its last victory 18 long years ago, tying the ignominious mark set by the Chicago Cubs between 1908 and 2003.

Carrying on the tradition that started at Atlanta-Fulton County Stadium, moved on to Turner Field and is now becoming an annual occurrence at SunTrust Park, it was a visiting team that got to celebrate in the A-T-L.

The Cardinals broke out T-shirts and caps, hopped around in the middle of the infield and gathered on the pitcher’s mound for a team portrait with the center field video board looming as a backdrop.

For the 13th time in 21 postseason appearances since moving to Atlanta, the Braves finished the year with a loss on their home field.

“It was more of a shock than anything,” said Josh Donaldson, whose homer provided the lone Atlanta run. “You don’t expect something like that to happen, especially with how well we played all season.”

The Cardinals batted around and got more than halfway through their order a second time before the Braves even came to the plate.

Tommy Edman, Dexter Fowler and Wong all had two-run doubles as St. Louis equaled the highest-scoring inning in postseason history, a record set by the Philadelphia Athletics against the Chicago Cubs in the 1929 World Series.

No team had ever scored 10 runs in the very first inning of a postseason game. It was the first time the Braves franchise has allowed that many opening-inning runs in any game since they were in Boston on July 2, 1925, against the Brooklyn Robins.

The Cardinals made several changes after their 10-spot in what might’ve been the first set of defensive moves ever made by a team before its opponent had batted.

There was no need to worry about any more offense with budding ace Jack Flaherty on the mound, coming off one of the great second halves by a starting pitcher in baseball history.

This one, though, will long be remembered for what happened before Flaherty even took the mound.

Although the Atlanta Braves season is officially over, a conversation about one of the team's most time-honored traditions will go on.

Cardinals pitcher Ryan Helsey, a member of the Cherokee Nation, spoke out against the 'Tomahawk Chop' celebration last week, calling it 'disrespectful.'

In response, the Braves decided not to hand out foam tomahawks for Wednesday’s game or to play the chant if Helsley came in to pitch.

Helsely did not enter the game, and the song that accompanies the chant was played at several points during the evening.

The team says it will continue evaluating the tradition further by opening up dialogue with the Native American community. 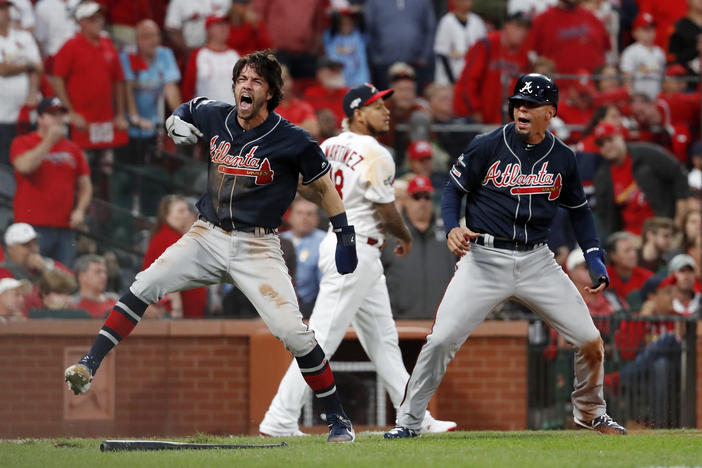 Duvall, Braves Rally In 9th To Beat Cardinals 3-1, One Win Away From NLCS

Through injuries and slumps, demotions and disappointments, Dansby Swanson and Adam Duvall got ready for the big moment. When it arrived, they were... 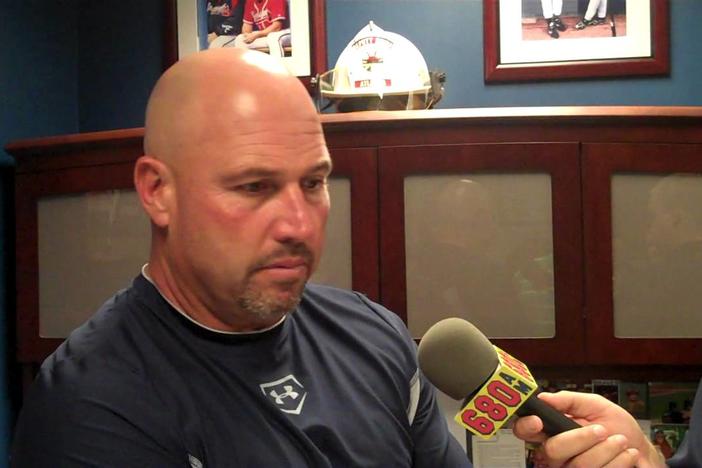 Braves Fire Manager In Midst Of A Dreary Season

The Atlanta Braves are currently one of the worst teams in baseball with a paltry 9-28 record so far this season. And to make matters worse, manager... 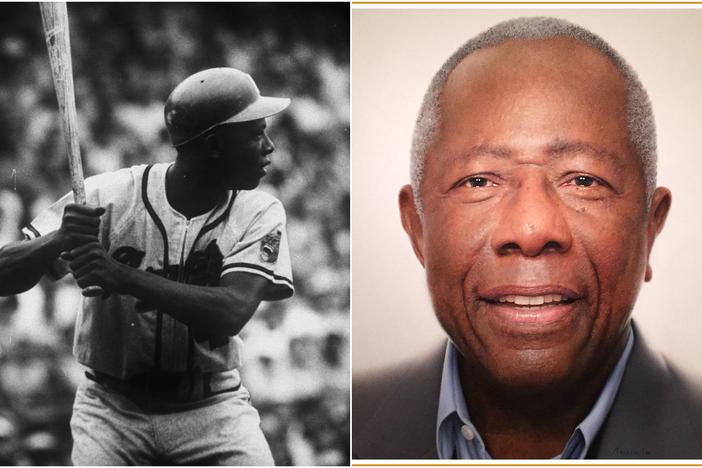