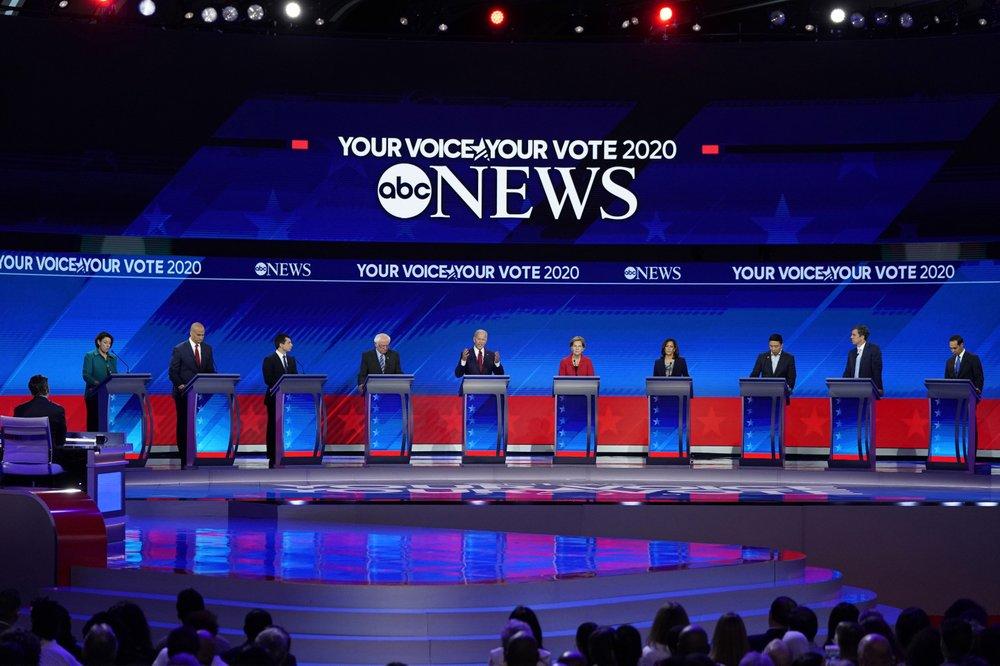 The road to the Democratic presidential nomination will run through Georgia, as the state will host the next primary debate on Nov. 20.

While the exact location, panelists and final list of qualified candidates is not yet known, the Democratic National Committee announced Tuesday that MSNBC and The Washington Post will co-host the debate.

State party leaders said the decision to bring White House hopefuls to Georgia signals the prominent role the state will have in the 2020 elections.

Williams said that she and other top Democrats in the state have been advocating for Georgia to play a larger role in the upcoming election by hosting a presidential primary debate.

"We have been requesting this and have been in conversation for a while, but the Democratic party knows exactly what we know here on the ground, and that is the road to victory in 2020 runs through Georgia."

In addition to the presidential race, both U.S. Senate seats will be on the ballot next year. Democrats are looking to unseat Sen. David Perdue (R-Ga.) and win a special election for the seat currently held by Sen. Johnny Isakson (R-Ga.) once he resigns at the end of the year.

While in town for a fundraiser in Atlanta last Friday, House Speaker Nancy Pelosi (D-Calif.) told reporters that re-electing Rep. Lucy McBath (D-Marietta) and having a Democrat win the open 7th Congressional District race were top priorities as well.

“Suffice to say we will be investing here to protect our members, especially Lucy,” Pelosi said. “The second election is a very important one.”

Williams said she is excited for the increased attention brought to the state.

"I am thrilled to open our doors and bring some Southern hospitality to the debate stage as we welcome the entire political universe to Georgia."

Qualifying for this debate will look different than previous ones: candidates must hit at least 3 percent in four qualifying state or national polls or 5 percent in two qualifying state polls. As third quarter campaign finance reports start trickling in, candidates will need to have received contributions from 165,000 unique donors, including at least 600 unique donors in 20 states.

The fourth debate is scheduled Tuesday, Oct. 15 in Ohio.