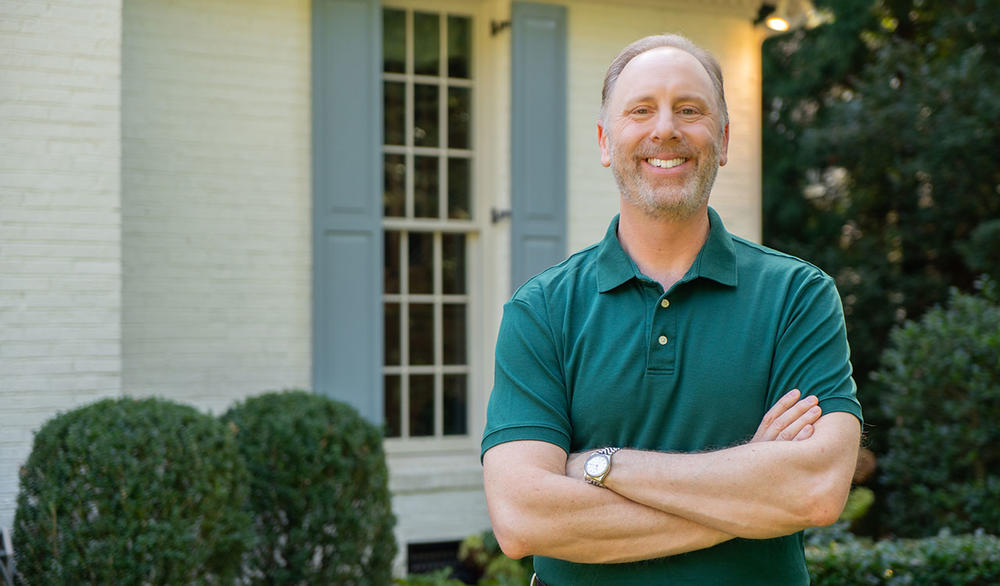 In his campaign launch video, the small business owner, former teacher, non-profit founder and political newcomer said he is "fed up with the arrogance and cowardice of the politicians in Washington."

"Nothing... they can't come up with any way of doing anything," he remarked, kicking off a stream of laments and frustration at "these idiots in Washington."

In an interview with GPB News, the single father of two said he felt a calling to run for office and actually tackle issues that Georgians are concerned with, something he says current members of Congress aren't that interested in doing.

"I've seen it done better, it just doesn't have to be like this," he said. "And so frankly, you know, I feel a calling to get off my butt, and do my best to shake things up in a good, constructive way."

Lieberman's campaign headquarters will be in Cobb County, but he said his campaign platforms will resonate with people across the state and across the ideological spectrum.

In his campaign launch video, references to former gubernatorial nominee Stacey Abrams flashed on the screen as he talked about the need to protect voting rights. In an interview, Lieberman reiterated his belief that Democratic control of the Senate could move the needle in strengthening federal support of elections.

"We need to flip the Senate so we can get legislation through on a federal level that will make a difference and protect voting rights," he said. "Also, that will enable judges who will be more sympathetic to something as basic as the right to vote to get through any kind of nomination log jam."

While Matt Lieberman is relying on his experience and perspective as a private citizen, he is also getting advice from someone who has familiarity with higher office: his dad.

The elder Lieberman will serve as an advisor and sounding board to the campaign, and can help with the massive fundraising efforts it will take to be competitive in an open federal election.

Matt Lieberman is the first candidate to formally enter the race to fill the seat that will soon be vacated by Isakson, who is leaving office due to health concerns.

That person, plus any other interested candidate, would run in a special election Nov. 2020. If no candidate gets above 50% in that election, the top two vote-getters regardless of party affiliation will advance to a Jan. 2021 runoff.

Lieberman said he is not worried about whoever ends up being selected to fill the seat.

"I am betting no matter what that person looks like or sounds like that that person is going to be pretty darn close to standard issue Georgia Republican, very conservative," he said. "Which is also to say wildly out of sync with most of the people he or she would represent on issues like reproductive choice, gun control and affordable access to healthcare."

He added that another benefit to running in this race is time: he has 13 months to get his message out across Georgia's 159 counties before the special election and not have to worry about trying to win a primary election.

At the end of the day, Lieberman said he is confident his experience as both a private citizen and growing up in the good, the bad and the ugly of politics makes him the best to represent Georgia and "not be distracted by all the hooha" that goes on in Washington.

"But the truth is, win or lose, I'm fine... I think I'm going to win, I know I'm going to run a great campaign," he said. "And the people of Georgia will know that they have someone who's saying what he feels is right and is ready at every moment to listen to them, taking in what they're saying, and also be open to other views."

The Georgia General Assembly is suspending the 2020 legislative session indefinitely after Friday, March 13, out of an "abundance of caution and in the...