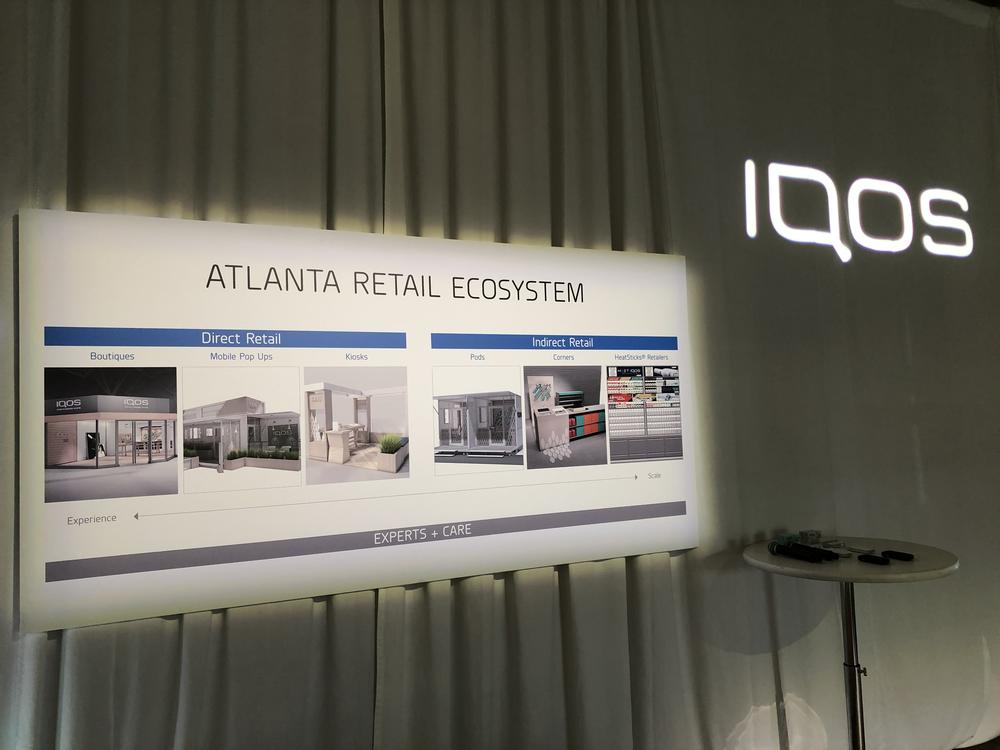 As the Centers for Disease Control and Prevention and public health organizations around the nation continue to investigate illnesses related to vaping, Phillip Morris International is introducing a new way to use tobacco.

The company chose Atlanta for its Friday launch months after the U.S. Food and Drug Administration authorized IQOS for sale in the United States.Moira Gilchrist with Phillip Morris International explains the company's plans for the future and its new IQOS product, which is considered a cigarette but does not produce smoke. GPB's Ellen Eldridge reports.

"IQOS is PMI’s product, and the FDA applications are ours, but Altria does the marketing and commercializing for the product in the U.S.," a spokesman for PMI said Friday.

Unlike vaping, this heat-not-burn device uses so-called "heat sticks" filled with tobacco. It is classified as a cigarette even though it does not produce smoke.

The IQOS HeatStick contains processed and rolled tobacco that is inserted into an electric device and inhaled. The tobacco is heated to 570 degrees and inhaled as an aerosol or vapor.

While the FDA decided earlier this year to let the device be sold, it is not FDA approved.

Adult smokers have many options when it comes to choosing an alternative to the traditional cigarette including oral and vape products, Altria spokesman Steve Callahan said.

"We think IQOS most closely mimics the traditional cigarette," he said.

PMI's Vice President of Scientific and Public Communications Moira Gilchrist said company's goal is to "get out of the cigarette business."

"Our goal is to go completely smoke-free," Gilchrist said. "So, we are investing our future in a range of different smoke-free products that all have the potential to be much better choice than continuing to smoke cigarettes."

Anti-smoking activists say they’re concerned the device could entice more young people to smoke. The Georgia Department of Public Health said in its 2018 report the number of high school students who tried electronic cigarettes once or twice increased 66% since 2013.

The latest numbers available are from 2017, department spokeswoman Nancy Nydam said. At that time, one in four high school students said vaping was more socially acceptable than smoking cigarettes.

DPH started tracking use of vaping products among high school students in 2015, but not enough schools participated in the survey so data was not available until 2017 and the department only does the survey every two years, Nydam said.

In its Oct. 1 update, the CDC said there were 1,080 confirmed and probable lung injury cases associated with e-cigarette product use, or vaping, in 48 states and the U.S. Virgin Islands.

The median age of patients who have died is 50 years, ranging from 27 to 71 years old, according to the CDC.

Gilchrist said Altria chose the mall at Lenox Square in Atlanta for its nationwide launch because of the city's open-minded community.

"This is a new technology and new innovation so we wanted to ensure that we we were reaching an audience who would be open to to to that kind of innovation." Gilchrist said. "I think smokers — adult smokers — here in Atlanta will be very interested in the product."

"Our audience is adults who smoke today and who would otherwise continue to use cigarettes," she said. "We would like them to come (in to Lenox Square) and learn about IQOS, try it and switch to it."

Callahan said IQOS will only be available to current, adult smokers over the age of 21. People can register online for an IQOS device, but it is only available for sale in stores such as the one at Lenox and a soon-to-open store inside the Mall of Georgia.

About 500 mobile retail units will sell Marlboro brand HeatSticks at convenience stores in the metro Atlanta area. The sticks are only available in two flavors of menthol, fresh and smooth, and in traditional tobacco. A bundle with the IQOS device and 200 HeatSticks sells for about $80. 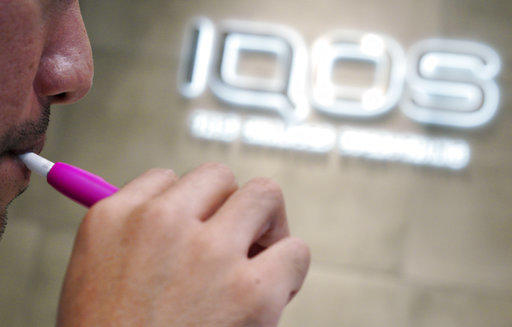 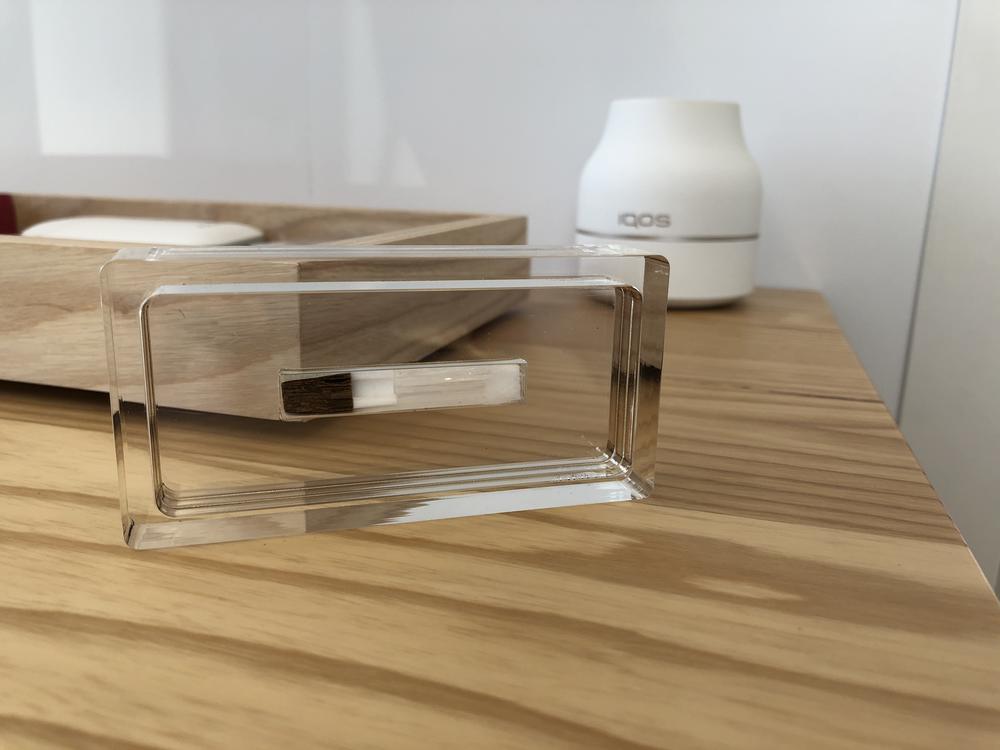 The IQOS heat stick contains processed and rolled tobacco that is inserted into an electric device and inhaled. The tobacco is heated to 570 degrees and inhaled as an aerosol. / GPB News 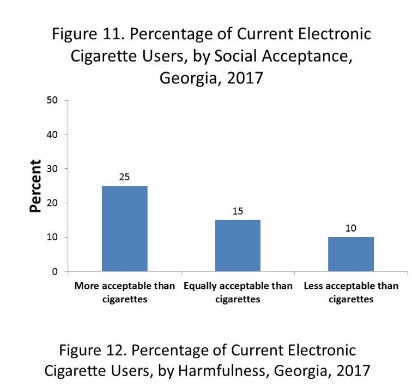 A 2017 survey conducted by the Georgia Department of Public Health shows one in four high school students believed at that time e-cigarettes or vaping was more acceptable than smoking cigarettes. 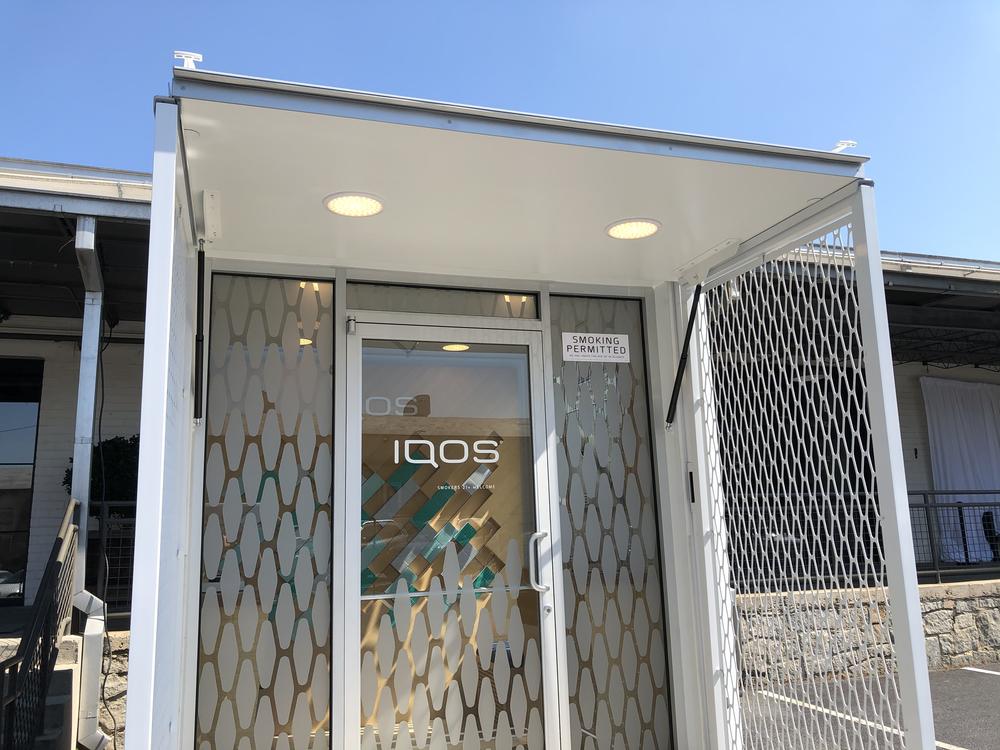 The outside of an IQOS "pod" in which smokers can try heated tobacco and obtain information. About 500 mobile retail units are planned for the metro Atlanta area. / GPB News 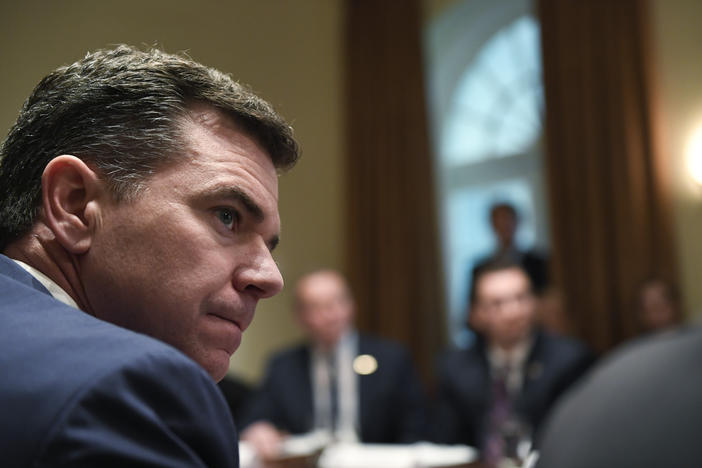 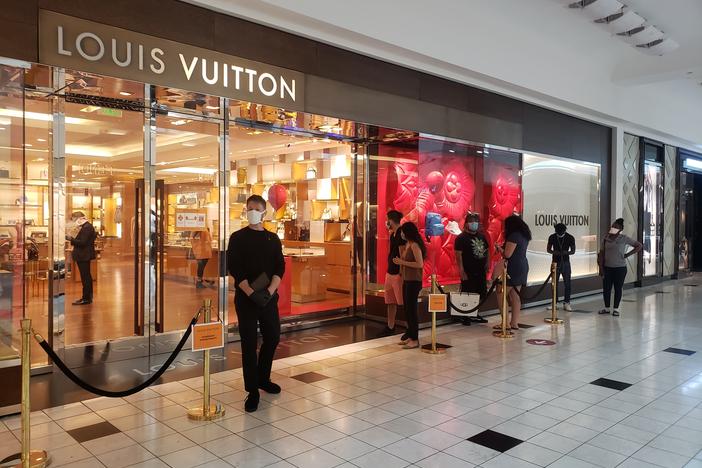 Taking a walk around Lenox Square, it doesn't look like a mall that has just reopened after weeks of keeping its doors closed. 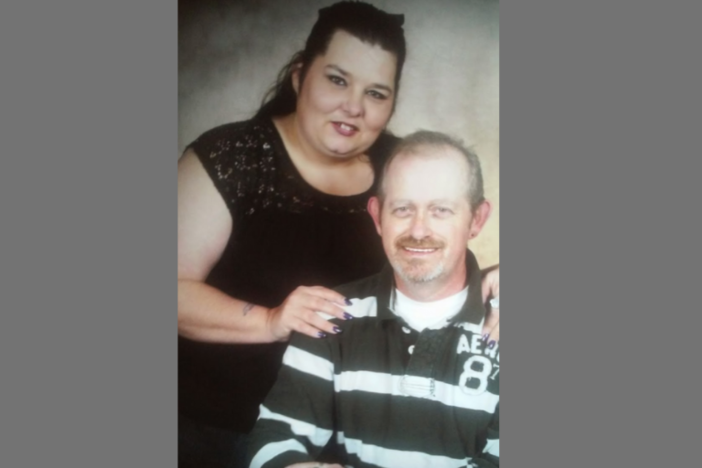