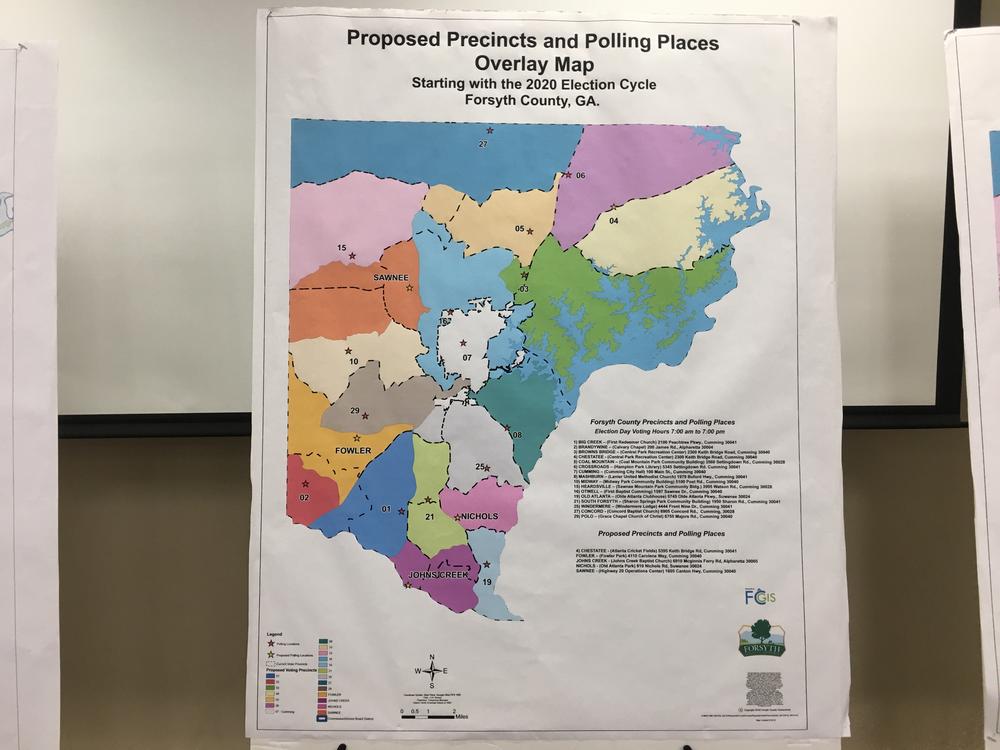 Some voters in Forsyth County will have new places to vote starting with the 2020 election cycle.

That brings the total to 20 precincts and 20 polling places, with some precincts being redrawn to evenly distribute voters.

“After evaluating the 2018 election cycle and anticipating that the 2020 election cycle will be even busier, the Forsyth County Board of Voter Registrations and Elections and the Department staff have determined that adjustments to some precincts and polling places are warranted,” a document on the proposed changes read.

Elections director Mandi Smith said a big reason for the change is growth in registered voters. In January 2010, the county had 103,000 registered voters. That number has skyrocketed to more than 163,000 at the end of September, or about a 60% increase.

“I think that you can look at those statistics and see that we are not plateauing at all or slowing down at all,” she said.

Forsyth County also has above-average turnout, something Smith expects to continue during next year’s election cycle that will include a presidential race, both U.S. Senate seats and a competitive 7th Congressional District race for part of the county.

The decision to increase the number of polling places is a rare one for Georgia counties in recent years, including in Forsyth County.

Read more about the changes: