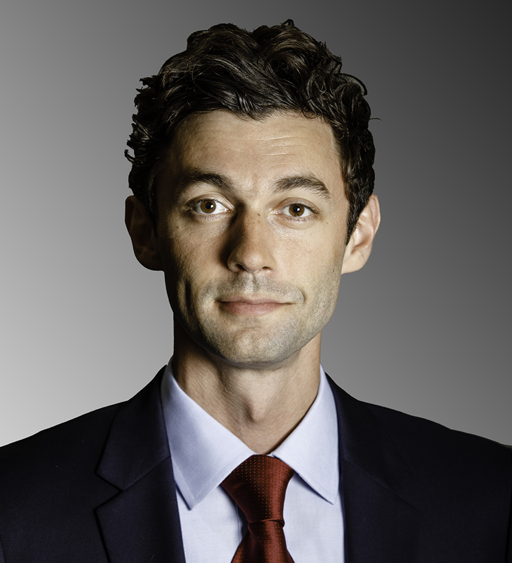 The 32-year-old’s campaign launch video looks back at the election of President Donald Trump in 2016 (and Ossoff’s 2017 run for Georgia’s 6th Congressional District) before turning to a pledge to root out corruption in Washington if elected.

“I believe we are all called to fight the abuse of power, even when the odds are against us,” he said.

Political corruption threatens our republic and the future of the planet.

In an interview with GPB News, Ossoff said he was challenging Perdue instead of running for the seat that will be vacated by Republican Sen. Johnny Isakson.

“I believe that if we do not mount an all-out attack on corruption in American politics right now, we will lose this democracy,” Ossoff said. “And David Perdue is the spitting image of Washington corruption.”

He said Perdue has not addressed issues that affect the lives of Georgians, like maternal mortality rates, rural poverty and women’s reproductive rights.

Ossoff said that Georgia will be crucial in next year’s election cycle, with both Senate seats, two competitive House races and the presidential election on the ballot.

“Georgia will be the most competitive state in the country in 2020,” he said. “This will be ground zero for politics… the opportunity to gain majority control of the United States Senate will come down to the campaign that we run here in Georgia.”

Ossoff enters the race with a high-profile endorsement from Rep. John Lewis (D-Atlanta), who said that Ossoff’s 2017 special election campaign in Georgia’s 6th Congressional District “sparked a flame that is burning brighter than ever in Georgia and across the country.”

The most expensive Congressional race in history saw Ossoff lose to Republican Karen Handel in a highly-watched race that was billed as an early referendum on President Donald Trump, something he alluded to in his campaign launch video. Handel then lost to Lucy McBath (D-Roswell) in the 2018 midterm elections.

Ossoff said he will look to tap into that same level of grassroots support and infrastructure as the special election – but this time with a different outcome.

“We built something special and enduring in the process,” he said. “An infrastructure, an organization… thousands of people who had never been involved in politics before, who had now been through one of the highest-profile races in history, who are ready to fight on to make progress in Georgia.”

He said he’s asking for Georgians to volunteer, knock on doors and make phone calls for the campaign, and that there is nothing more effective than “neighbors talking to neighbors” in spreading his message.

The conversation about defeating Perdue is growing louder.

Ossoff told GPB News that his relative youth and background in investigative journalism makes him best suited to represent Georgia.

He is the managing director and CEO of Insight TWI, a group that has produced documentaries on everything from soccer corruption in Africa to sex trafficking in Latin America. He also worked for several years as a Congressional staffer.

As for his age?

“David Perdue retired into the Senate,” he said. “I will go to the United States Senate to work every day with energy and imagination and integrity and compassion for the people of Georgia.”

The stakes are high for Democrats and Republicans in Georgia’s Senate races – both the one Ossoff is running in and the seat that will be vacated by Sen. Johnny Isakson at the end of 2019.

Isakson’s replacement will be appointed by Gov. Brian Kemp and then be on the ballot next fall in a “jungle primary” format that will see the top two vote-getters advance to a runoff if no candidate clears 50% of the vote.

The open nature of the election plus uncertainty about who Kemp will appoint has led to plenty of speculation about what Democrats may join the race against Perdue or opt to wait and run for Isakson’s seat.